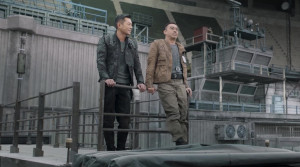 Story: In the not so distant future, advancements in technology made it possible to fight wars mostly with robots. For this reason, earth stumbles from one war to the next. But due to climate change, natural disasters and virus outbreaks, the result of humanity exploiting the planet, the air is hardly breathable anymore. By now, people have to live under an artificial dome, called "Skynet", in order to get clean air. One day, though, a meteorite hits earth. In it there is a plant lifeform people soon call "Pandora" and it grows in the rain at enormous speed, which is why it has already taken over a large part of a city. Surprisingly, the arrival of this new lifeform also has a positive effect: the plant filters the toxins out of the air and produces oxygen. Nevertheless, Pandora soon threatens to take over the entire country and then all of earth. Fortunately, some scientists have found a way to stop the plant's growth and take advantage of only the beneficial properties of Pandora by reprogramming its DNA. Colonel Tam (Carina Lau) therefore sends Tyler (Louis Koo) and some other men to find the plant's root and carry out the gene reprogramming. However, a lot goes wrong during the mission and Johnson (Lau Ching-wan) has to go on a rescue mission, on which the future of humanity relies too. 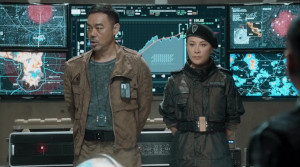 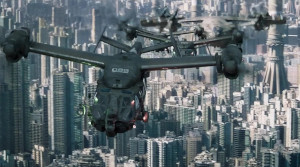 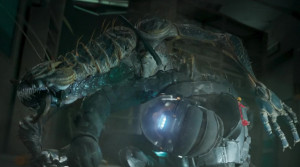 Review: My expectations for this blockbuster flick, which came out three years later than planned, were rather low. Too many dumb action movies like "Shanghai Fortress" immediately came to mind. On the other hand, sometimes you just need something like that in order to turn off your brain, or simply because you want to tear apart a movie in a review again. Even though "Warriors of Future" might have the title of a B-movie from mainland China, it's... surprisingly good for what it aims to be. This is partly due to the well-known actors, but above all due to the wonderfully captured action and the really impressive special effects. Of course, the movie still has some of the typical weaknesses, such as a story that is not worth mentioning since you have seen it countless times before. In addition, the story generally lacks emotions. 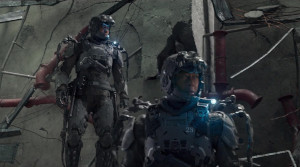 In fact, I was quite surprised when the "story" started unfolding more and more on the screen. Because it is extremely similar to that of "Restart the Earth", which is all the more surprising as it came out on the streaming service iQIYI in 2021, while "Warriors of Future" was filmed before that and was also co-produced by iQIYI. Very strange. At first, the opening sequence does not suggest anything good concerning the special effects - I have no idea whether these scenes were just added on the computer afterwards or if there was any other reason. However, in the further course of the flick it turns out that the CGI is extremely well-done. Especially the robots, but also the plant-like animal monsters make you quickly forget that this is actually not a Hollywood movie. Some effects in mainland China productions can hardly keep up with that either. No wonder, because the movie has an enormous budget of 56 million US dollars. 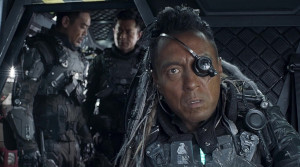 The robot suits are especially fun, as they are reminiscent of a previous version of the Iron Man exoskeleton. Thanks to them, the heroes of the story are able to defend themselves against the various adversaries to begin with, as the suits increase their fighting power and jumping skills. This means that you also get to see some parkour-like scenes that can be very entertaining. The overgrown or partially collapsed buildings are also captured beautifully, and the plant monsters' first appearance kind of reminds you of a horror movie, at least until they are beaten to a pulp in superhero style. The action here is sometimes pretty original too. There are some scenes that are by far more interesting and gripping than those of most Marvel movies. It's not just computer-generated robots beating each other up, instead a lot of thought was put into planning the action scenes, even though the same cannot be said about the story. 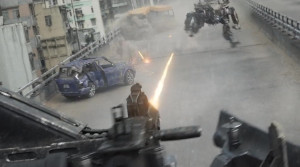 The movie really won me over with a chase scene in which a gigantic, overpowering robot chases the heroes in a car, while (and subsequently) Tyler and Johnson have to fight back against humanoid robots on the car. The choreography and planning of this complex action sequence is a big highlight in recent HK cinema in general. The finale does not disappoint either, even though the part after that feels a bit anticlimactic. But contrary to what you might expect, we don't get heroic clichés of sacrifice either. Nevertheless, especially at the beginning, "Warriors of Future" does not make it easy for us to like the movie. Nick Cheung ("Bodies at Rest") as a man in a wheelchair, who always looks angry with his squinting eyes, portrays an almost laughably clichéd villain. A backstory with Tyler's deceased daughter and a child he rescues and who then brings back some memories is supposed to enforce some emotions, but all this leaves us just as cold as the old gang around Tyler falling apart and then reuniting again. 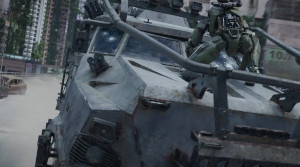 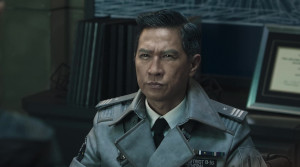 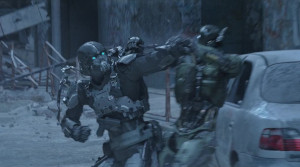 Even though the directing is pretty well-done, there are also a few inconsistencies that are almost typical for Hong Kong cinema. Moreover, there are numerous coincidences, for instance when the pin of a hand grenade is found - like the needle in a haystack - as an important clue in a pile of rubble. The characters are actually quite flat too, but Louis Koo ("Line Walker 2") and Lau Ching-wan ("Detective vs. Sleuths") give them a certain touch and the chemistry between them works. Without them, it would probably be even more obvious that the movie is failing on an emotional level. But after a weak start, the action is absolutely convincing thanks to some nice variety. The flick is not longer than it needs to be either. Despite some obvious negative points, this makes "Warriors of Future" into one of the best B-movies of recent years, and when it comes to the action, it is even able to top many Hollywood flicks. Mindless, but enormously fun action, which is conveniently available on Netflix too.