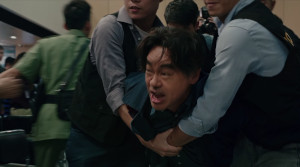 Story: Lee Chun (Lau Ching-Wan) used to be an outstanding detective in the Hong Kong police force. But after a police officer was depicted as the murderer of his colleagues, even though it was pretty obvious for Lee that he was framed for the murders, things get ugly at a press conference. Lee, who has expressed his views very directly and who is already a bit weird because of a traumatic experience, gets fired and from that day on lives on the streets. Seventeen years later, Lee Chun still has no permanent residence and sees himself as the chosen sleuth. When a gang then burns two men and leaves behind some case numbers at the crime scene, it becomes clear that the group is taking revenge on perpetrators who were never caught. Lee Chun knows all the unsolved cases by heart, and thanks to a clue, he already knows who the gang's next victims will be. Detective Chan Yee (Charlene Choi) and her husband Fong (Raymond Lam) are officially working on the case. At first, they think Lee is just a madman, but when he always arrives at the next crime scene before them, Chan plays along and stays at the side of the seemingly crazy homeless man. The police are therefore closing in on the wanted gang, but after some shootings it turns out that the group is not only excellently trained, but they must have an informant within the police force, too. 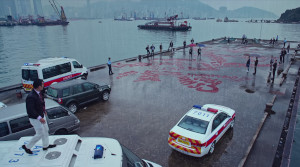 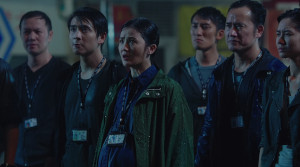 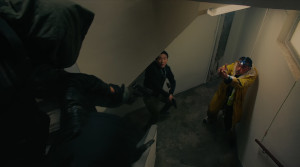 Review: It was quite a surprise to see the name Wai Ka-Fai in a movie, because the man who co-founded the almost legendary Milkyway Image production company alongside Johnnie To was last seen in the director's chair for "Written By". Before that, he shot the movie "Mad Detective" with To and that's kind of exactly where Wai gets back in the game here. Lau Ching-Wan plays a rather crazy ex-policeman too, but this time, "Detective vs. Sleuths" is a lot wackier and above all more action-packed. It is difficult to recommend the movie because it is kind of bad, but in a way that somehow makes it good again. You feel like you're in a 90s HK movie, the acting is exaggerated, the events come thick and fast, which the fast editting also underlines, and there are shoot-outs non-stop. Above all, however, the story is all over the place. 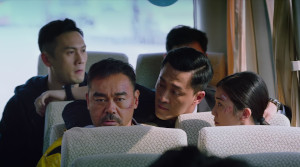 But the absurdity of this action thriller can also be charming, and eventually there's one thing that decides over whether you are able to have fun with this movie or not: Can you really accept the fact that the movie apparently intends to push everything to extremes? For now, the answer seems to be a resounding "yes" (at least for me), because Lau Ching-Wan is completely wrapped up in his role and has a lot of fun with it. Then there is also the high pacing, which does not slow down after the introduction, but instead keeps chasing the protagonists across the screen. This is a bit of a surprise, as you would have considered "Detective vs. Sleuths" to be more of a thriller. But there are more than a few larger action scenes, and in between there are always other small skirmishes. The gunfights are not that mind-blowing, and they could have used some more choreographing, but they are still entertaining, especially when you get several, sometimes pretty unnecessary, explosions. 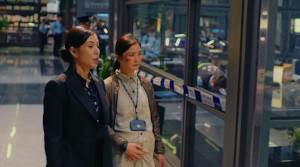 What gives the flick a B-movie flair is not only the fact that everything people shoot at seems to explode, but it's also the performances by the actors. Everything is cranked up a little higher than could actually be called appropriate, but somehow it never seems terrible, and instead more like you are watching a movie from 30 years ago. Lau Ching-wan is clearly the heart and soul of the movie and a few scenes even make you get some flashbacks to the good old Milkyway times. Sometimes the movie can be quite gritty and nihilistic. No wonder, as the crazy detective also quotes from Nietzsche's "Beyond Good and Evil" in German (!). Still, you should not expect a real moral dilemma or some multilayeredness in the character drawings here. Even though there are some hints, you simply cannot expect the kind of differentiated theme of good and evil that would have been possible in the past, because since Hong Kong was returned to China, it is under its censorship authority. 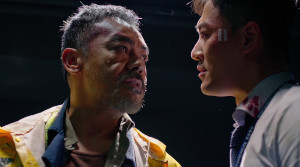 You get a complex story as well, but not in a positive manner. Whenever we think we have found our bearings, there is a new development, allies suddenly become bitter enemies, family relationships or connections to old cases appear out of nowhere - it is almost as if Wai Ka-Fai is making fun of himself a little. The script is simply outdated and completely over-the-top. So, is it a bad thing if you don't understand a specific connection or if you cannot quite place a name or two? Absolutely not, because the more you think about what you see here, the more illogical it gets. You become aware of that pretty early on, when you look at all the coincidences that are thrown at your face. Sometimes you find yourself in an action scene and you realize that the characters' incomprehensible actions were only aimed at leading to that particular scene. 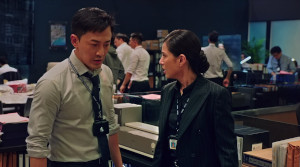 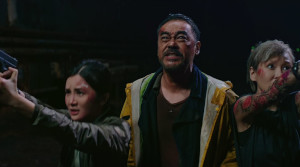 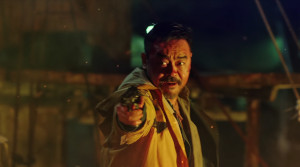 Actually, nothing really fits together in this action thriller, even though director Wai Ka-Fai conceals it quite well most of the time. Essentially, the script does not provide Lau Ching-Wan with a well-fleshed out character, but he still manages to give the stereotypically written conversations with imaginary people his very own touch, and it works. Towards the end, Raymond Lam ("The Sorcerer and the White Snake") is allowed to compete with Lau a little. Story, action, acting, everything is set to 120 percent here, and that can be quite entertaining. Sometimes we feel pleasantly reminded of the gritty, relentless HK cinema of the past, but in the end, the pictures seem a bit too polished for that. What is impressive, though, is the enormously high pacing and the undeniable level of entertainment. Unfortunately, it remains to be said that "Detective vs. Sleuths" will not satisfy everyone. You should be willing to accept the fact that you will watch and maybe even like a movie that you will possibly call a guilty pleasure afterwards...