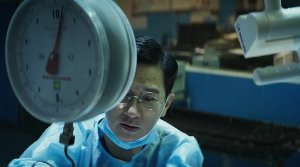 Story: Pathologist Nick Chan (Nick Cheung), his intern Lynn (Yang Zi) and security guard Uncle King (Ma Shuliang) have to work at Christmas Eve. It is also pouring which is why hardly anybody goes outside. The perfect time for three criminals to break into the pathology. The three masked men soon take control of the building, and the leader "Santa" (Richie Jen) wants Nick to remove a bullet from a certain woman's chest and then hand it over to him. While trigger-happy "Elf" (Carlos Chan) is supposed to keep an eye on Lynn, "Rudolph" (Feng Jiayi) makes sure that Nick gets the bullet out of the corpse. But since Rudolph can't look at dead bodies and gets sick watching autopsies, Nick manages to keep the original bullet and gives the gangsters a different bullet. The three people on night duty get locked in a cold-storage room and the gangsters disappear. Moments later, Santa plans to eliminate his two colleagues, but before that he notices that they have the wrong bullet. The gangsters return to the pathology and Santa now makes it abundantly clear that he is not playing games. Not everyone will survive the night, but Nick tries to defeat the criminals with his intellect, while Lynn is also able to physically defend herself against the three gangsters. Ultimately, their chances against the three are very poor, though, because the criminals not only have weapons, but also seem to know what they are doing since they work tactically and as a team. Nick soon finds out the true identity of the gangsters, but he still has no way of contacting the outside world. 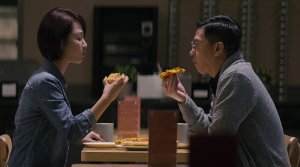 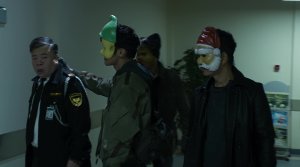 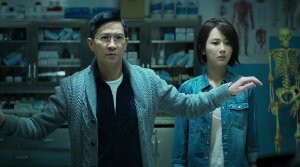 Review: Lately, it seems that the truly entertaining movies from Asia are those that don't raise great expectations and don't want to follow the typical thriller trend with an international flair. At least, this is the impression you get with "Bodies at Rest". The movie didn't have a whole lot of money at disposal, but what the director did with it is pretty impressive. The movie creates a special kind of suspense, because the story is easy to grasp, but not everything seems as polished as you would expect it to be. In a confined space, the protagonists have to fight against three gangsters and you inevitably feel reminded of classics like "Die Hard", but also a little bit of certain horror thrillers. Even if being locked in a single building does not create claustrophobia or mistrust between the characters, it still contributes to the level of suspense. 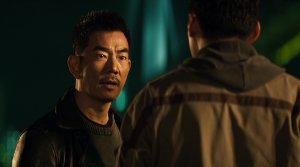 Our two protagonists are anything but action heroes. Nick keeps trying to trick the gangsters, but he is not successful as he is not that lucky and also not acting as clever as he thinks. Nick Cheung ("Line Walker") fits the role pretty neatly, but the protagonist lacks a real backstory, which is then awkwardly pushed into the movie towards the end by mentioning his dead wife. The director could have left that out completely and just kept the forensic scientist as a blank page and it would have been for the better. Yang Zi ("The Bravest") plays Lynn, who deals with the gangsters physically and who is not bad at all at that. Her basic training in the military makes her tougher than she looks, and so she can also take a few hits. But sadly, she is not good at assessing a situation. 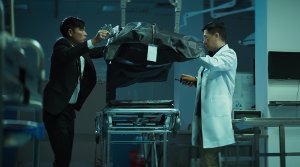 The villains are led by Santa, played by Richie Jen ("Trivisa"), and of course there are also certain stereotypical roles that the three have to fill. In addition, there's a twist about their identity which doesn't come as a real surprise. The script basically remains flat, but the fact that the story largely just serves the purpose of creating a playground where the different characters can have their fun has been a good choice. Otherwise, the plot just checks off the bare essentials, including some clichés. Not everything is logical, but there is always something happening and even if we think that the escape goes into one direction, it actually goes into another. You can therefore ignore the script's weaknesses most of the time. The film is always gripping, which is also due to the fact that there is hardly any filler material. With its 93 minutes, "Bodies at Rest" doesn't draw things out. 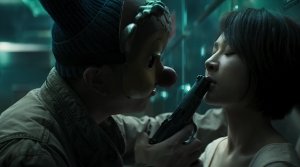 One of the movie's greatest strengths is its setting. With its metal the morgue radiates a mix of coldness and modernity. This is something different to the dark and creepy atmosphere we normally get. Director Renny Harlin has already shown with "Legend of the Ancient Sword" that he knows what he is doing, even if the final product was not worth watching. Here, he shows his sense for the right pacing and he also knows how to flesh out the special peculiarities of the movie. Therefore, the protagonists' stupid decisions actually have consequences and, in the end, it even becomes clear that probably no one would have had to die if Nick had not kept the bullet so stubbornly. In doing so, he changes from a hero into something else, someone more human. Therefore, the characters don't necessarily act very smart, but in some way we can understand their behavior. In some situations, however, they easily could have caught a bullet as well. 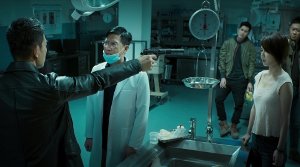 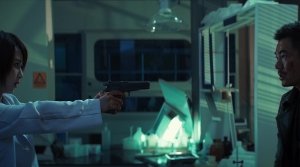 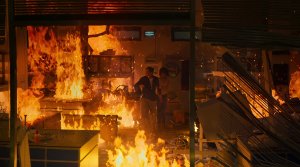 Towards the end, the director tightens the action, but you have to wonder if all the fire and the explosions are really necessary, especially because the special effects are not so convincing. The events are always accompanied by a synthesizer soundtrack, which often seems cheap and without it the movie actually would have gained a lot of quality. In the end, though, it is strange that "Bodies at Rest" works so well and above all, serves as such good evening entertainment. The characters are shallow, the story is uninspired, the action itself not really outstanding. But the movie uses its setting very effectively to create an exciting game of cat-and-mouse, thanks to which you can warm up a little bit to the characters. "Bodies at Rest" is one of those movies that works on a small scale, at the same time it is aware of the clichés it uses, but makes the most of it, and therefore the movie is better as a whole than its individual parts promise to be.