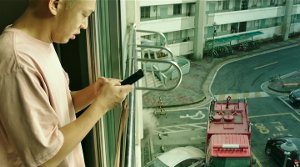 Story: Like every morning, Oh Joon-woo (Yoo Ah-in) wakes up and doesn't have much to do except for sitting in front of his PC and playing games with his online friends. His parents and sister, on the other hand, have already left the apartment, and because his mother wasn't able to do the groceries yet, she wrote him a note to do it himself. He decides to do it later and sits down in front of his PC first. But then his online friends tell him that something strange is going on outside. People get aggressive and attack other people for no reason. And when Joon-woo looks out the window, he sees with his own eyes how people flee in panic. People, who are clearly infected, bite other people and infect them with a weird virus. Soon, there are only soulless undead walking around in front of his apartment complex. Joon-woo locks himself in his apartment, but he soon realizes that he doesn't have a lot of food anymore because he didn't go shopping earlier. It doesn't take long and there is also no running water anymore. Days and weeks go by, the internet stops working and because the boy has also smashed the TV when he was drunk, he does not receive any information about the outside world anymore. Joon-woo is completely isolated and decides to take his own life. But then, the young woman Kim Yoo-bin (Park Shin-hye) from the apartment complex on the other side draws attention to herself and Joon-woo finds a meaning in life again. Because now, he doesn't seem to be the only person left alive in the world anymore. 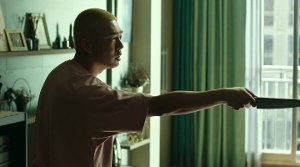 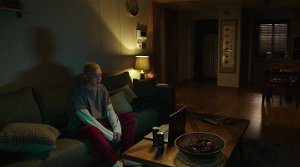 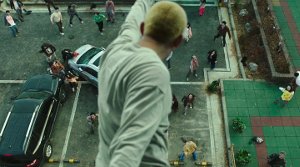 Review: Another zombie movie from South Korea! "Train to Busan" seemed to have set off a real wave over there, while the West has already reached a certain kind of fatigue when it comes to this subgenre. There's simply no story left that hasn't already been told in this genre. Or is there? "#Alive" looks at the end of the world from the perspective of millennials - or more precisely from the Generation Z's point of view - and it uses the zombie apocalypse as a mirror image for the isolation digital media creates. This angle is something different and fresh and almost comes across as a remake of "Shaun of the Dead" - only with way less pubs and more Instagram and such. But the idea is clear - a generation of idle and solitary people who somehow have to survive in an extreme situation. Nevertheless, we only get a few humorous scenes and instead, the movie focusses more on social criticism and suspense. 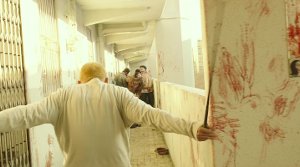 Joon-woo sits in front of the computer and plays online games - all day long. In doing so, he is also a typical representation of Korea's young generation, which is no longer willing to face the enormous competitive pressure at school and on the job market. He decided to opt out of this system. It is easy to portray such young people as losers, but in South Korea, people almost have no other choice but to work like a machine in order to keep up with their colleagues. This can hardly be considered a desirable life.
Joon-woo posts photos and videos online, and when he says goodbye at the end of a video and asks people to subscribe to his channel by force of habit, it becomes clear what his life is normally like and what kind of validation he usually seeks. Of course, with all the zombies around him, he quickly realizes that this is complete nonsense and has nothing to do with real life. But, ironically, during the virus outbreak, real life actually forces Joon-woo to continue isolating himself! 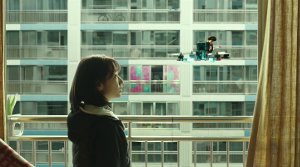 Let's address the elephant in the room: Even though, shooting "#Alive" was wrapped up at the end of 2019, it kind of describes our everyday life in 2020 to the point, at least during the peak of the Corona pandemic. You are supposed to stay at home and you are not even allowed to visit your family. However, with zombies in the hallway who want to bite you in the neck, this is more than justified. Nevertheless, this form of self-isolation causes the teenager to no longer see any meaning in life. Only the fact that he notices his neighbor prevents him from taking his own life. Yoo-bin, played by Park Shin-hye ("Heart Blackened"), immediately has a special connection with Joon-woo, who she initially considers to be a little half-witted. Of course, it's also one of actor Yoo Ah-in's ("Burning") strengths to seem a little intellectually challenged. We don't actually learn much about the characters, but they're both survivors and about the same age. That's enough to establish a working chemistry between the two. Thankfully, we don't get any unnecessary romance either. 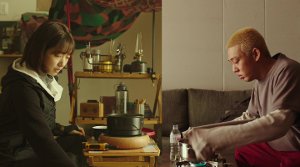 With the large apartment complexes and the way the two teenagers communicate at first, we are also reminded of Hitchcock's "Rear Window". However, it is drones that help Joon-woo to look into the zombie-populated apartments. The cell phone is also omnipresent. With its clothes and the soundtrack, the movie also gets a rather modern appeal. However, "#Alive" is not only a drama about isolation, it also works as a zombie flick. While the movie's scale seems quite small, because we always stay in one of the two apartment complexes, the number of zombies is huge. Sometimes they even stack up a little bit, but thankfully, this effect is created without any CGI! It is always surprising how much more realistic physical effects look. The zombies also come across as threatening and the movie found the perfect amount of violence. You don't have to see people constantly digging through someone's bowel, but a severed hand at the right moment just works wonders. This is what a zombie flick should look like. The sound effects of the undead are well-done, too. 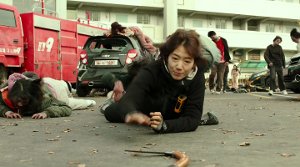 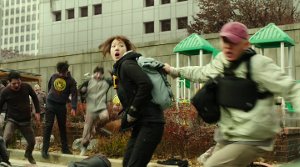 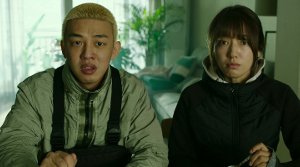 Visually speaking, there are also some scenes which work pretty well, for example when Joon-woo walks into the stairwell to look for food somewhere else. The light of his flashlight creates a creepy atmosphere, even though the movie can't really be considered a horror movie. Even the mandatory jump scare works pretty well. The threat is real, and so is the two teenagers' desperation. However, you might criticize that it seems somewhat unbelievable that the two manage to stand their ground so well against entire hordes of the undead. In addition, the ending seems a little too polished and some viewers might even be disappointed. Be that as it may, "#Alive" simply manages to entertain us, and it does so in a way that kind of reminds us of "Exit", even though the humor got the short end of the stick here. But on the other hand, social criticism and the level of suspense work pretty well, too. While watching the movie, it was already clear to me that "#Alive" would have worked way better as a sequel to "Train to Busan" than "Peninsula". At least, you get some originality here. And thanks to Netflix, the movie is also likely to be introduced to a wider audience.