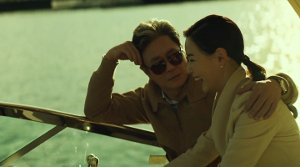 Story: Im Tae-san (Choi Min-sik) is the boss of a big company and he has a new girlfriend - the singer Yoo-na (Lee Honey). He wants his daughter Mi-ra (Lee Soo-kyung) to get along with her, but Mi-ra is anything but okay with the situation. One evening Mi-ra calls her step-mother-to-be and asks her to come to a club. The daughter is drunk and it comes to a fight. The next day, Yoo-na is found in a parking garage and dies of her injuries. Mi-ra is found sleeping in her car. The daughter is now under suspicion of murder and the media jumps on the case, especially since a game was found on Mi-ra's computer in which she can kill Yoo-na in all kinds of different ways. Tae-san gives the case over to the lawyer Hee-jeong (Park Shin-hye) as she is also a friend of Mi-ra's and might get the truth out of her. But in fact, the girl doesn't remember anything. The lawyer starts researching on her own. However, the video of the car garage's CCTV has been destroyed in a fire and there is no clue as to who wants to frame Mi-ra for the murder. But then Hee-jeong finds out that the singer had a crazy fan (Ryu Jun-yeol) who installed surveillance cameras everywhere around her. By accident, the lawyer stumbles across the videos of the crime but there seems to be more to the case than meets the eye. 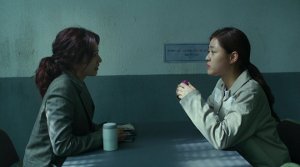 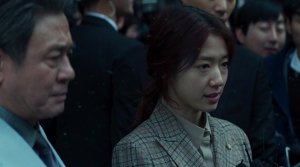 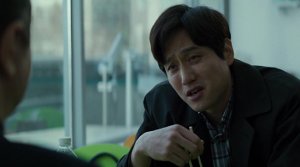 Review: It shouldn't be a surprise that nowadays Asian movie's are not just remade by Hollywood anymore but that the remake-mania has also reached Asia itself. "Heart Blackened" is a remake of the Chinese courtroom thriller "Silent Witness", which I wanted to see for quite some time now but it was hard to get the movie with English subtitles. The original thrilled most critics, but there seems to be broad agreement about the fact that director Jeong Ji-woo even managed to weed out some weaknesses the original had. In any case, we get a gripping thriller about power, love, family and justice. Thanks to its fast pace, constant new revelations and some nice twists and turns even viewers not really interested in courtroom dramas will get their money's worth. 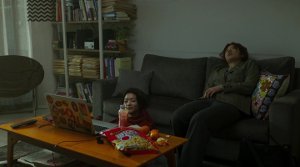 No doubt, the cast is also responsible for the story's intensity and its successful execution. The cast is led by Choi Min-sik ("The Tiger: An Old Hunter's Tale"), who at the beginning seems to be the typical power-crazed boss able to buy himself out of every unpleasant situation. But since things revolve around his daughter, we also get to see his soft side. You cannot deny a certain kind of complexity in his character and we have to ask ourselves what sort of person he really is. This of course is an important ingredient for a gripping thriller, which constantly makes us question whether what we see is really the truth. "Heart Blackened" skillfully manages to offer up just enough pieces of the puzzle to push the case forward and still stay mysterious. Who is keeping information from us and who is flat-out lying to us? 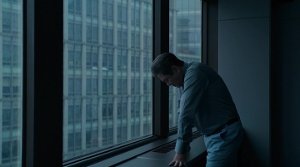 Even if the movie is quite clever, now and then we can guess some revelations even minutes before they are shown. The fact that the detailed accounts of things we already kind of know do not get boring is due to the extraordinary directing. The images radiate some kind of coldness, which does not seem sterile, but rather adds some seriousness to the movie's atmosphere. Something that the original is said to have lacked. Director Jeong Ji-woo ("A Muse") is experienced in his field and knows how to provide a scene with intensity. Next to Choi Min-sik, the rest of the cast also plays into his hands. Unfortunately, Park Shin-hye ("The Royal Tailor") looks a little bit too young to be taken seriously as a lawyer. The rest of the characters are nicely fleshed-out for their roles within the story, as well, so that Ryu Jun-yeol ("A Taxi Driver"), for example, plays a fan of the deceased singer while being more than just the movie's comic relief. 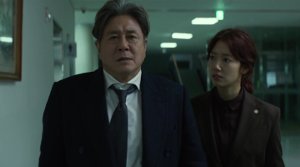 Fortunately, we do not dwell in the courtroom any longer than necessary, which is a good thing because normally the perpetual lingering in this place can pose a problem in movies like that. Instead, new facts are revealed all the time. Not always without the help of coincidences, which could be criticized. But in the end, even strange scenes take their place in the big picture. And when we think we finally know the perp, we get the big revelation. At this point, a thriller normally ends more or less. However, the resolution takes up the better part of a quarter of the movie. The reason is clear: The drama is supposed to become the focus of attention and this only works if every single detail of the murder's background story is told in a flashback. This can be rather dangerous for a movie's continuity and by all means, you could criticize that the drama is stretched-out too much to achieve its effect. Yes, it can even be seen as the movie's biggest weakness. 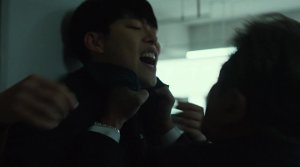 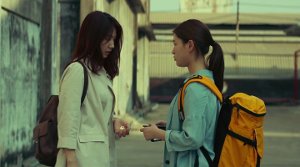 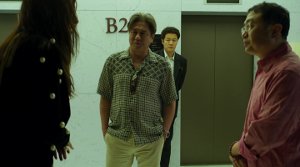 Nevertheless, the drama proves to be rather effective. It shows director Jeong's sense for imagery and yet again Choi Min-sik's acting talent. The extent of the tragic story makes an already sound thriller even more valuable. As mentioned before, you have to accept that the rather fast-paced movie gets slower at the end. "Heart Blackened" is a well thought-out thriller, which albeit some holes in the story manages to captivate and move you at the end. Mainly, we have to thank the well-achieved directing and the acting performances for getting a courtroom thriller that stands out. Apart from its entertainment value, the movie also manages to make you reflect a bit about law and justice.