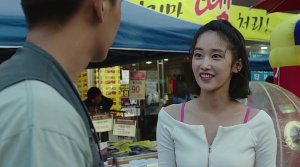 Story: Jong-soo (Yoo Ah-in) keeps his head above water with the occasional job here and there hoping to write a novel one day. But then he suddenly has to take care of the farm of his father, who got in trouble with the law because he isn't able to control his temper. Coincidently, he runs into Hae-mi (Jun Jong-seo) with whom he went to school. They go out for a drink and spend the night together. Hae-mi wants to travel to Africa soon in order to find herself. Therefore, she asks Jong-soo if he would feed her cat during that time. The farmer boy agrees and looks forward to the day she returns. But as he picks her up from the airport, she is accompanied by rich guy Ben (Steven Yeun). The three meet a few times and Jong-soo is not sure what kind of relationship Ben has with Hae-mi. However, he is jealous because Ben seems to have everything and he thinks that Hae-mi, who is in a lot of debt, sells herself. In addition, he also finds various pieces of jewelry at Ben's place, which makes him think he likes to see women as conquests. One day, Hae-mi disappears without a trace. Jong-soo doesn't believe that she would simply go away without saying anything to him. He checks with her relatives, with whom she didn't have any contact anymore because of her debt, and with her landlord, but nobody seems to know anything. Even Ben can't help him. Nevertheless, Jong-soo does not believe that Ben doesn't know anything. He starts following him every day because he has a dreadful suspicion. His search for Hae-mi turns into an obsession and bit by bit he takes a step deeper into an unknown abyss. 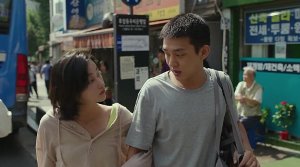 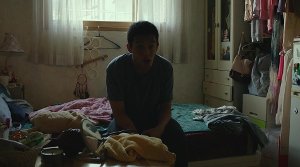 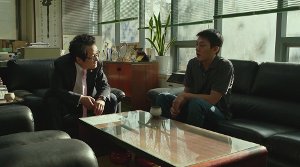 Review: Critics tried to outdo one another with praise for "Burning". An unparalleled masterpiece and clearly one of the best, if not even THE best Korean movie of 2018, they say. Considering the fact that Lee Chang-dong was directing, it shouldn't come as a surprise that critics might already be praising the movie before they have actually even seen it. Lee is beyond any doubt. Having said that, this review will be much less indulgent. Lee's work is not always to my liking, but there are enough movies of his, like "Poetry", which I showered with compliments as well. Nevertheless, "Burning" is a movie which is narrated extremely slowly and which celebrates itself too much. Moreover, the much-heralded and supposed great ending which leaves you devastated, is actually pretty ridiculous as it is precisely what you had expected all along. So where exactly is the movie's depth everybody was talking about? 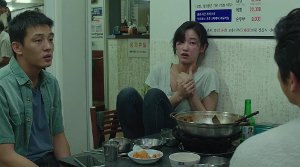 If you say something negative about a Lee Chang-dong movie, you just didn't manage to grasp it. You have to put up with these kinds of accusations because Lee normally works rather subtle when it comes to themes and motives. And indeed, this is truely fascinating. "Burning" is no exception to that. A strange love triangle stands as the starting point for a mystery crime movie, which depicts two completely opposing worlds. Jong-soo is a poor farmer boy, who dabbles in writing and who is puzzled by the world. Ben is rich and apparently seems to be able to earn his money while sleeping, without ever having to do something for it. The contrast between those two worlds gets clear when Jong-soo sits together with Ben and his friends. Whether he wants to or not, Ben cannot help showing everybody his higher position within society. He seems to be above it all and his kind of philosophical way of thinking can only come from somebody, who never had to worry about primary needs and who feels empty inside. 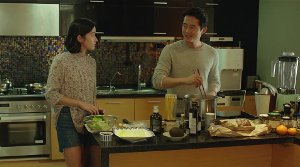 This emptiness is the basis for some dialogues and certain scenes, for instance, when Ben starts yawning during his friends' chitchat and then smiles encouragingly at Jong-soo, which makes the Gatsby-like man seem like a sociopath. Without a doubt, Steven Yeun, who is not only known for his role in "The Walking Dead" but who could also be seen in the Netflix movie "Okja", gives a brilliant performance here and adds both, a charming as well as frightening aspect to his character. And since we are talking about acting skills, there is also nothing to criticize about Yoo Ah-in ("The Throne"). Jong-soo's inner strife between what he wants to be and what his roots allow him to be - his broken family has left him with some emotional scars - is the engine which keeps him going when he tries to avoid losing Hae-mi, as well. When Hae-mi goes missing, though, his imagination almost seems to make him go crazy. Does Ben actually collect trophies of his conquests or should you rather say victims? 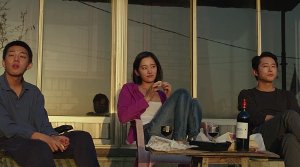 As a thriller, a certain kind of mystery naturally clouds both the events and characters in this movie. That also includes Hae-mi. By the way, Jong-seo gives a fantastic debut performance, especially a trance-like dance, which Lee captures in the sunset, shows her skills. In the background, Miles Davis is playing and if the movie wasn't so much Lee Chan-dong, you would certainly see another handwriting come to light - the one of Haruki Murakami. In fact, "Burning" is based on his short story "Barn Burning", which, on the other hand, is a reference to William Faulkner, who is also mentioned in this movie quite often. Isolation within a large city, the search for love to fill inner emptiness, the feeling of being lost and the search for meaning are motives, which establish a special kind of melancholic atmosphere in Murakami's work. However, it seems difficult to transfer all this to the medium of movies, which we already witnessed in "Norwegian Wood". But in general, you have to praise director Lee for managing to bring a fitting atmosphere to the screen, nonetheless. The only problem is that the movie is far too long with its two and a half hours running time. 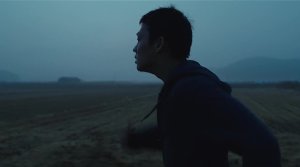 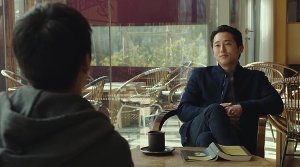 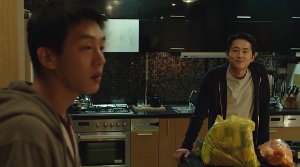 Most of the time, the movie manages to keep up a basic level of suspense, though. After all, there are some riddles to be solved. The protagonists are not easy to figure out and with its undoubtedly well captured images - occasionally, there are pretty long shots done by static camera work, only to then have moving scenes captured by a far too shaky camera - and a trance-like atmosphere, which is accentuated by Mowg's score establishing the feeling of being trapped in between two worlds even more, "Burning" hits the mark. And not by chance do we hear propaganda through speakers in Jong-soo's village near North Korea's border. But despite my research, since I feared I missed something important, I simply cannot help but come to the conclusion: "Burning" isn't a masterpiece. The movie is too tedious for that and the ending too predictable, whereas other questions are left completely unanswered. In fact, the story itself is not even that original. Hence, it is only the narrative style, which may be interesting, but then again, only for Lee Chan-dong fans. As a closing statement, I have to point out once more that this might be the most negative review you'll find on "Burning". Everybody else seems thrilled.