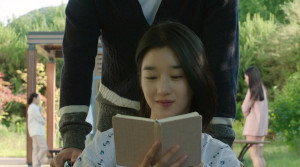 Story: So-jin (Seo Ye-ji) fell down a hillside while hiking and came into the hospital seriously injured. After several weeks there, she is finally allowed to go home, but she still hasn't regained her memory. Her husband Ji-hoon (Kim Kang-woo) tries everything to make her get her life back, but it's not that easy. So-jin constantly has visions, and soon she thinks she can even see into the future. Ji-hoon, on the other hand, is convinced that his wife just suffers from hallucinations caused by her head injury. Soon, So-jin wonders why her husband hasn't told her about certain things in her life. For example, the police come by her house to find out if her husband might beat her, because after her accident, they also found injuries that could indicate that. Then she meets an old colleague from her former job, but So-jin didn't even know that she had been working before her accident. The colleague then tells her that she had actually planned to get a divorce. Eventually, the woman who suffers from amnesia, even finds pictures of herself in which she seems pretty intimate with another man. Did she maybe cheat on her husband? One day, she also sees Ji-hoon going into a neighboring apartment in the middle of the night. So-jin had talked about a vision of hers before in which the daughter was murdered there by her father. Now she's watching her husband leaving the apartment with a suitcase, which apparently contains a body. So, who is her husband, after all? Or maybe he is just pretending to be her husband? 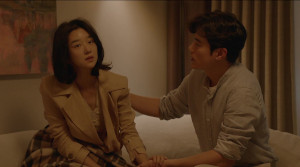 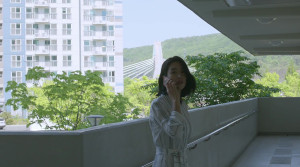 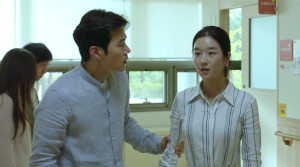 Review: "Recalled" is one of those movies that seem quite familiar right from the start. A woman who can't remember her husband, a husband who always behaves a little strangely and seems to hide something, and on top of that, visions from the future? You almost get the impression that this mystery thriller might be a little cluttered, but in this respect, you have to give the movie credit for resolving everything coherently, and for having a red thread running through the story. The movie is especially exciting and entertaining because it not only keeps asking questions, but it also keeps us in suspense and in the dark about certain things without becoming frustrating. Instead, you are always eagerly waiting for the next clue. In this respect, "Recalled" is well-structured, but it must also be said that the resolution contains a lot of coincidences as well as some possibly not quite reasonable decisions. 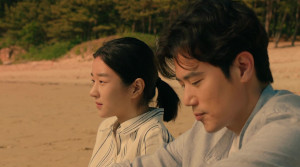 Nevertheless, there is actually one aspect that might cause some frustration for all those crime enthusiasts who actually enjoy finding out the truth themselves by following clues. Because realistically speaking, you have no chance of finding out what's going on yourself. So, you can just sit back and relax and let yourself be entertained. Is that a bad thing? That depends on what you are looking for. At least, you can say that in the end, everything somehow makes sense. The mystery aspect, however, which mainly revolves around So-jin's visions, eventually takes a backseat. Still, certain aspects remain a mystery at that point. Is the husband actually not who he claims to be? After all, there are enough clues pointing into that direction. But there are just as many clues suggesting that So-jin simply has hallucinations and delusions too. Do we generally have to question everything we see? In a certain way, yes, we do, but once again, I have to point out that, surprisingly, this is not getting depressing. 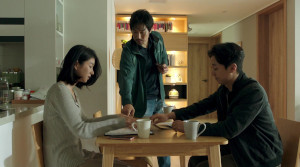 Seo Ye-ji ("By Quantum Physics") plays her character sometimes anxiously, sometimes hysterically, and unfortunately, So-jin is also an extremely dependent person, as she constantly has to be rescued and behaves rather stupidly. This type of woman is simply annoying, but despite the fact that the cards are stacked against her, actress Seo manages to portray the protagonist in a way that you do actually care about her well-being. For Kim Kang-woo ("The Vanished") this is a bit more difficult, though, because we just don't know where we stand with his character. However, the constantly changing chemistry between the two main characters keeps the developments exciting, because after all, So-jin doesn't know whether she can trust her husband, while he, in turn, never knows when his wife might regain her memory, which could cause a lot of problems for him. In this respect, the actors certainly manage to keep the suspense up. 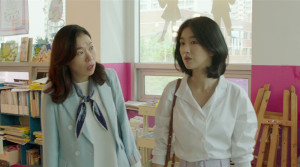 Female director Seo Yoo-min does a fine job with her debut work. The mystery aspect reminds us a little bit of "Door Lock", although, as mentioned before, we also get a supernatural aspect in the story. And when it comes to uncovering the background of the events unfolding, the director does not use revelations sparingly. One revelation chases the next, and that's what makes the movie so entertaining. The mystery around So-jin's amnesia has several layers, and we dive deeper and deeper into the reason behind it, while having to constantly change our opinion and doubt other seemingly obvious truths. Who knows what surprise the next twist will have in store for us? But it is impossible to predict anything. In this respect, "Recalled" is just not structured well. This makes the thriller entertaining, but basically also somewhat dull. In addition, on closer inspection, the plot is based on quite a lot of clichés - memory loss, a husband behaving mysteriously etc. 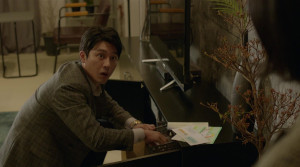 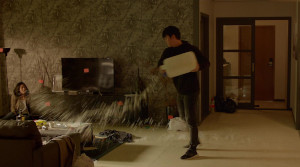 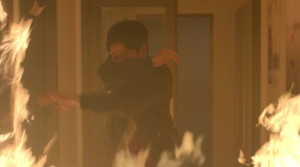 But the fact remains that director Seo Yoo-min uses and mixes her ingredients sensibly, so that the flick's weaknesses don't stand out so much. Unfortunately, the makers of this movie, too, thought it was necessary to get a bit sentimental towards the end. Of course, a movie of this kind is allowed to have some drama, but at some point, you just cannot take it seriously in a Korean flick anymore. It seems like they just tried to check off a list of things that you should absolutely have in a movie appealing to a Korean audience. In the end, that spoils the fun of the movie a little bit. Purely technically speaking, and in terms of its entertainment value, "Recalled" can't really be accused of any serious flaws, but it is the constructed nature of the story - which still turns out quite nice, though - and the drama towards the end that somehow leave a sour taste. For thriller fans, however, the flick is clearly worth watching.