By Quantum Physics: A Nightlife Venture 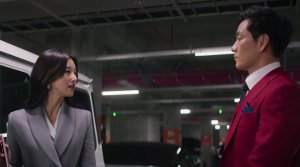 Story: Lee Chan-woo (Park Hae-soo) has worked his way up in the club scene. Now, he wants to open a new club for young people as well as rich men. For that, he needs the help of experienced Seong Eun-yeong (Seo Ye-ji) and the capital of gangster boss Jeong Gap-taek (Kim Eung-soo). Everything goes according to plan and the club opens pretty successfully. But one day, when Chan-woo serves a famous rapper, he notices that the guy is on drugs. He passes the information on to his friend Park Gi-heon (Kim Sang-ho), who works in a special force unit of the police. He arrests the rapper, who - in return for his release - tells the cop that he often took drugs with the son of influential politician Baek (Byun Hee-bong). Through the son the detective could close in on Baek and then get closer to the corrupt politician Cho, who works directly for the president. Park gets the gangster boss Jeong on board and together they want to lure Baek's son into a trap. But just as the trap is about to spring, prosecutor Yang Yoon-sik (Lee Chang-hoon) appears and saves Baek's son from being arrested. Somebody gave away the plan and Chan-woo has no idea who the traitor could be. But then, Yang has some more serious problems as Baek's son commits murder. Now, Yang has to cover up a murder and in return he expects Baek to get him a good position in politics. In order to do that, Chan-woo and his colleagues have to go down... 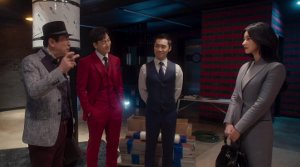 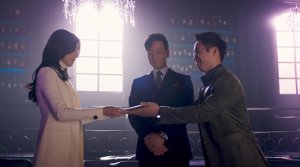 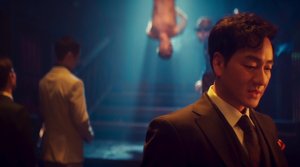 Review: Despite its rather weird title this movie is actually neither a drama with arthouse ambience nor a documentary. I have no idea why the filmmakers didn't just choose a shorter title because they are certainly not attracting an international audience with that. The Korean title "Quantum Physics" seems a little bit more practical. But maybe they wanted to make clear with the following phrase that the movie is actually not about physics. Instead, the protagonist uses the concept of quantum physics to convince himself that thoughts can become reality. Therefore, quantum physics turns into a philosophy or rather into a guidebook for a man, who has never given up in life and wants to see his dreams become reality. The movie turns out to be a gangster flick with the lighthearted tone of a heist movie, but it sometimes also has a rather dark touch, plus it offers a dash of political scandal. For the most part, this mixture works out quite nicely. 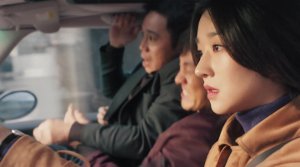 Although there was a similar scandal in real life, in which even a member of the boyband "Big Bang" was involved, the film is not based on this incident as the script was written prior to that. Nevertheless, you can't deny the parallels to reality, especially when it's about corrupt politicians in the country or about newspapers which are anything but impartial, or even let themselves be exploited for political games. Similar films like "Tabloid Truth" have already been successful with that concept. But what makes "By Quantum Physics" so exciting, is the fact that we have a hero, who gets dragged into a scandal and after that more and more repercussions ensue. At first, he is just involved with a gangster, but because he discloses information to a journalist and because there is a traitor in his own ranks, Chan-woo creates a lot of commotion. Chan-woo is somebody who doesn't use his fists to communicate, but actually uses his mouth and doesn't stop talking. He is no gangster and he even wants to avoid them wherever possible. Therefore, his weapon of choice is his cunning, which gives the thriller an interesting touch. 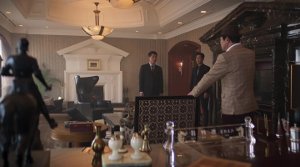 Park Hae-soo plays the hero with his very own peculiarities, but the protagonist's oddness actually poses a huge problem in the beginning. Especially during the introduction we do not know whether Chan-woo truly is the person he reveals to us, or if he actually just puts on a big show. This problem can be seen with some other characters as well. There are no clear lines around the characters' drawings and this gets pretty obvious especially with Eun-yeong, played by Seo Ye-ji ("The Throne"). She seems aloof, but is supposed to be smart and sexy, even though we actually do not know all that much about her, and she just remains a blank page character-wise. During the course of the movie, lead character Park manages to win the audience over, but Seo doesn't. Therefore, we are never really emotionally involved in the events taking place. Fortunately, there are a lot of secondary characters who manage to make things more colorful. However, some relationships were written too amateurishly. 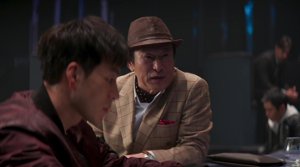 So, the movie's strength doesn't lie in its individuals. But the story unfolds in a gripping way and gains more and more momentum. Right from the besginning, you should start memorizing some important names. By doing so you will have it a lot easier following the rest of the plot because it gets more and more complicated. But not in a way that you would end up totally confused. The motives of each party always remain clear. This is really praiseworthy and makes the plot around corruption, fear of the government, the almightiness of prosecutors etc. even more gripping. Astonishingly, the movie's tone can be rather dark at times. Thus, the dangers for our hero are always palpable, even if he constantly tries to lighten the mood with his comments. Another nice aspect is the fact that Chan-woo cannot simply go through with his plans since there is always something getting in the way as the opposing party also forges out their own plans. Accordingly, the conflict remains suspense-packed. 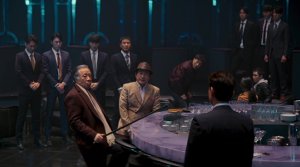 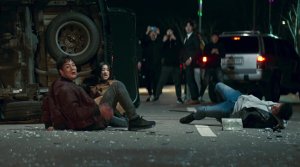 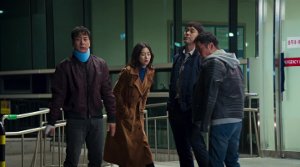 The developments and twists therefore work out nicely, but towards the end, events come thick and fast and you get the impression that the director didn't keep an eye on the running time and simply tried hard to tie everything together during the remaining ten minutes. This seems hasty and leaves us behind a little bit startled. It seems as if director Lee Seong-tae kind of turned his back on his actual strength. Therefore, it is rather tough to fully recommend "By Quantum Physics". Storywise the movie gets bigger and bigger as things keep on unfolding; the entanglements are gripping and the mixture between thriller and a little bit of comedy is working. Nevertheless, the characters fall by the wayside too often and the finale doesn't manage to round things off. The movie is certainly entertaining and with its peculiarities it might be a good choice for all those who are into movies dealing with the uncovering of scandals.