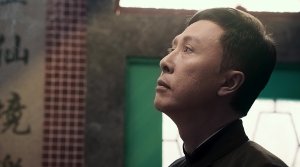 Story: Ip Man (Donnie Yen) lost his wife to cancer and now finds out that he has cancer as well. He doesn't have long to live, even though he feels quite healthy. One of his students, Bruce Lee (Danny Chan), has opened a school of his own in San Francisco which turned out to be a big success. He invites his master to come to America and eventually Ip Man actually gets on a plane because he also wants to send his son to America in order to get a good education. Now, he can visit his student and at the same time find a fitting school for his son. However, Ip Man needs a recommendation letter from the boss of the Chinese Benevolent Association, Wan Zong-hua (Wu Yue), for that. But Wan is angry about the fact that Ip Man's student Bruce Lee passes along Chinese martial arts to westerners. Ip Man has to leave with empty hands, but still tries to get his son into a school. In doing so, he accidentally runs into Yonah (Vanda Margraf), who is bullied by her classmates. He helps her and it turns out that she is Wan Zong-hua's daughter. Despite her efforts to get Ip Man his letter of recommendation, the master still ends up empty-handed.
In the meantime, one of Bruce Lee's students, Hartman (Vaness Wu), wants to convince his Sergeant, Barton Geddes (Scott Adkins), that Chinese martial arts would be an asset for the military, too. The Sergeant himself is an excellent fighter and wants to teach Billy a lesson, which is why he sends a close combat trainer to Chinatown to demonstrate the superiority of karate... 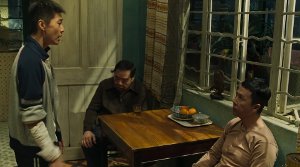 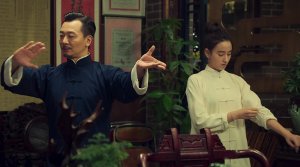 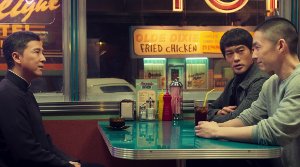 Review: To make it short and sweet, it's easy to say that the finale of the Ip Man series is pretty strong and on par with the first installment. "Ip Man 3" was already able to almost achieve the first installment's level of quality, but this time director Wilson Yip manages to do even better. The drama in the third installment was incorporated astonishingly effective, and the director manages to do the same with this one. The first thing you expect from a martial arts flick, especially when it's about Wing Chun legend Ip Man, are neatly choreographed fights, of course. And here the movie never disappoints. Almost jam-packed to the second, perfectly proportioned fights are placed throughout the entire movie and all of them are somehow motivated. It's important to have some breathers and a change in focus between the fights in order to keep us interested, otherwise the fighting would just get tedious if the movie had nothing else to offer. However, Wilson Yip knows how to skillfully work with the pacing. 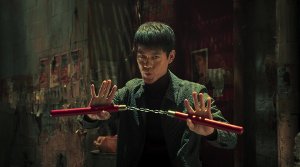 Right at the beginning, it gets clear that Ip Man has become older and sadder on the inside. Donnie Yen manages to convey this in a subtle way because on the surface Ip Man has to keep his noble face of a true master. But the master is grieving his wife, who had already fallen sick with cancer during the previous movie, and now he himself is terminally ill. Thus, his only wish is to get his son a good education. Because of this, and also because he wants to visit his student Bruce Lee, who had already had an appearance in the previous movie and is once more portrayed by the brilliant Chan Kwok Kwan, he goes to America. This brings a little bit of a wind of change into the setting, even though the movie mostly takes place in Chinatown or on a military basis. The rest of the story is actually a rehash of the other installments or rather various classics like "Once Upon a Time in China": In the eyes of the Americans, the Chinese are an inferior race and get hassled. 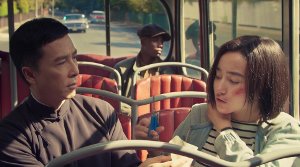 The story might not be that original, but it offers a perfect framework for the fights and creates a common thread for the interpersonal relationships. At some point Ip Man recognizes his own son in Yonah and realizes that he might be noble and wise, but that this is not the case when it comes to his son. Because he gives Yonah an advice he should have given to his own son as well, but instead, he hurt him a lot. So, even a master still has to learn something new here and there, and this is what makes the essentially undefeatable hero human and vulnerable. Then there is racism and integration - the latter seems impossible - as well as Chinese pride, which should not be wounded too often: Otherwise, Ip Man has to beat some sense into the depicted racist Americans. And, of course, this is what we were waiting for. As the villain we get no other than the hugely talented martial artist Scott Adkins ("Wolf Warrior"). 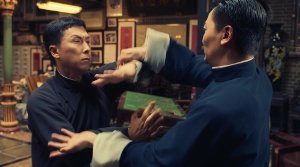 And because the choreography is done by Yuen Woo Ping, it should be clear that you get very high quality during the fights. "Ip Man 4" actually consists of one highlight after the other. There is Ip Man's fight against the Taiji master, played by Wu Yue ("Paradox"), or the fight between Scott Adkins and Wu. Not to forget the fight of Chan Kwok Kwan as Bruce Lee, who almost steals the show from everybody else. And Donnie Yen also delivers as always. The pacing and the rhythm are just brilliant, the punches are hefty, sometimes body parts get broken, and as mentioned before, the fights have the perfect length. I think, sometimes you can't really tell what it is that defines a good martial arts movie, but it has a lot to do with a well-done stop-and-go course of action. And as mentioned before, the drama between the fights is not just filler material, but rather gives the movie more momentum on a human level. 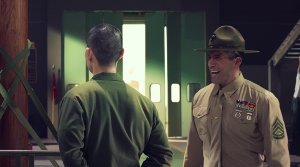 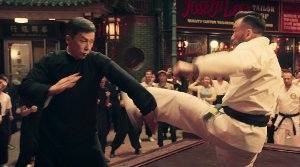 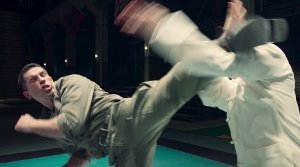 We can only hope that this actually remains the finale of the series. Bruce Lee is by no means standing too much in the foreground, and the fact that the movie never loses its focus is one of its strength. However, you cannot help but notice that "Ip Man 4" would be the perfect transition to pass the baton on to a Bruce Lee series. In addition, the ending knows how to skillfully move us to tears by showing us the journey we have behind us with this series. "Ip Man 4" builds on its prequels' strengths and gets back to basics. This is by no means supposed to sound negative, because in a martial arts (pseudo) biography "the basics" means everything human: wishes and dreams people have as well as the mistakes they make. The fact that Wilson Yip didn't lose sight of that and additionally makes every martial arts fan's heart leap for joy is reason enough to recommend this final chapter of the series.