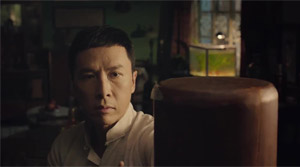 Story: Ip Man (Donnie Yen) is a renowned master of Wing Chun who one day has to fetch his son from school after he and another boy got into a fight. The father of the other boy is rickshaw driver Cheung Tin-Chi (Zhang Jin) who is also a master of Wing Chung, but hasn't gained a foothold in martial arts society yet. In order for him and his son to scrape by Cheung participates in illegal street fights for gangster Sang (Patrick Tam). Sang, though, just got the order from his boss Frankie (Mike Tyson) to persuade the principal of a school to sell his property to Frankie. When Sang and his thugs attack the principal Ip Man appears on the scene since his son goes to that very school, too. From that day on the martial arts master and his disciples guard the elementary school 24/7 since the police are corrupt and don't take any action. Cheung, who actually wants to establish his own Wing Chun school lends Ip Man a helping hand, but he still isn't sure what side he is on. After all, he really could use Sang's money and moreover wants to prove his Wing Chun to Ip Man. To make matters worse, Ip Man's wife Cheung Wing-Sing (Lynn Xiong) gets ill... 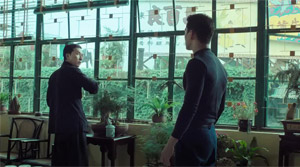 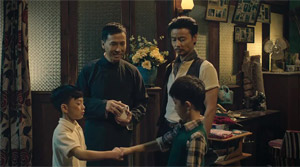 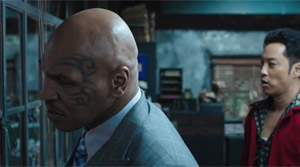 Review: After the very disappointing "Ip Man 2" my excitement for another sequel of the story around the grandmaster of Bruce Lee was noticeably subdued. But fans of the first part can rest assured. "Ip Man 3" works almost on the same level as the first installment of the series which has already become a trilogy. But maybe we haven't seen the end of it, yet. Reason for the success of the movie are some of the best fights you have witnessed in a long time and a story which may have its weak points but becomes pleasantly reflective towards the end. Moreover, the movie works surprisingly well on an emotional level, too. After all, Ip Man has to face an opponent which he doesn't stand a chance against: his wife's cancer. The tactfulness which director Wilson Yip shows as he deals with this subject makes the movie even appealing to an audience that normally doesn't watch martial arts flicks. 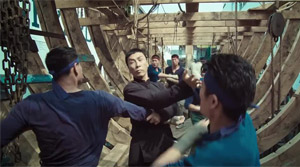 Notwithstanding all the well captured drama, which I will go into more detail a little bit later on, you are bound to regard the fight scenes as the film's true essence. And there are a lot of them! In fact, there rarely is any time for a breather. Thus, this easily could have led to some sort of fatigue. Still, choreographer Yuen Woo-Ping manages, as not to be expected otherwise, to add a lot of variety to the fights. Therefore, Ip Man is forced to face a true army of thugs while also making use of his environment or he has impressive one-on-one combats with his enemies being proficient in different styles. And while we are used to see Donnie Yen in the role he was born for to never even break a sweat - after all Ip Man is portrayed more like a national hero than a mere mortal - he almost needs to make an effort against his enemies this time. Almost. 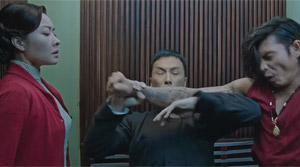 In order to aggressively push the movie in the West the supporting role of ex-heavyweight boxer Mike Tyson has been especially highlighted. He is one of the villains, but interestingly enough he also has a wife and daughter which actually adds a few additional layers to his character. Consequently, Westerners aren't portrayed as devils as you could have assumed and there also is no unbearable nationalism. Furthermore, Tyson's role isn't that awkward and his fight with Donnie Yen is contrary to what you might expect really well done. The camera work also deserves some words of praise since the fight mainly consists of close-up shots and yet we never get the feeling that we miss any of the action. Moreover, the choreography turns out way smarter than what you might assume. Contrary to all expectations this makes the fight between Tyson and Yen a small highlight of the film. 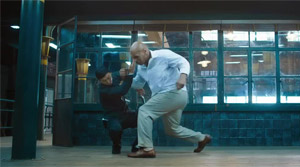 Only a small highlight since next to Donnie Yen's outstanding fights it's paricularly Zhang Jin ("SPL 2: Time for Consequences") who leaves a lasting impression. He is young, fast and powerful and we can only hope that he gets the sort of breakthrough he derseves soon. His fight with Donnie Yen, which also features the use of several weapons, is simply breathtaking. Especially the fight involving butterfly swords. It almost reaches the same level as the alley fight from "SPL". Naturally, story-wise there need to be excuses for the the many face-offs. But they are very genre-typical and nothing to write home about. What's a bit odd is that the actual story is already over after just about 70 minutes into the movie. But that's when "Ip Man 3" really starts to get interesting since it puts the relationship between the grandmaster and his wife into the focus. 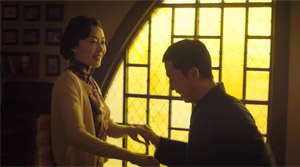 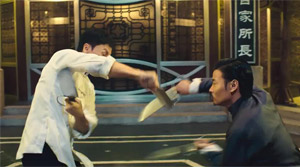 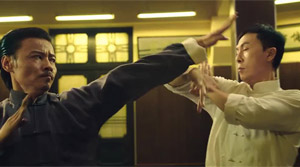 The chemistry between Yen and Lynn Xiong is just right and the emotional moments can be extremely touching, also thanks to a nice soundtrack by Kenji Kawai. Wilson Yip deserves some special praise for the fact that where other dramas squeeze tears out of you for several minutes he simply moves on to the next chapter without us ever getting the feeling the drama is neglected. His wife's cancer also makes Ip Man realize what's really important in life and so this martial arts flick becomes pretty reflective towards the end, which actually suits it very well! The story prior to that may not be completely convincing, but apart from that the drama, the splendidly choreographed fights and the well-achieved directing make "Ip Man 3" a worthy sequel to the first installment, which almost makes us forget the mishap which is the second part, and also would serve well as the final installment in the trilogy. But who knows: Maybe there will be another sequel. After all, we did get to see Bruce Lee in a few small scenes, but he yet has to become the disciple of Ip Man...