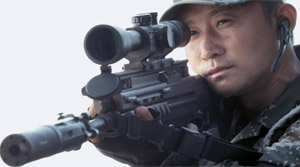 Story: Leng Feng (Wu Jing) is the best sniper in the PLA. He kills the brother of drug boss Ming Deng (Ni Dahong) during one of his missions and by doing so puts the life of a hostage in danger, which is why he may be discharged from the army. However, he has called the attention of Colonel Long Xiaoyun (Yu Nan) who offers him to become part of the special forces "Wolf Warriors". Only the best of the best manage to become part of her unit. During his first training mission he proves to be more of a lone wolf, but he shows the kind of tactical expertise which his comrades lack at times. Suddenly, someone fires at them with life ammunition, though. The drug boss has hired an elite unit of mercenaries under the direction of Tomcat (Scott Adkins) to kill Leng Feng. The training mission becomes a bitter fight for survival, because even when reinforcements arrive with life ammunition in the operation area at the Chinese border the mercenaries still turn out to be dangerous opponents who constantly seem to be one step ahead of the soldiers. Meanwhile, the Chinese army's honor is at stake, too, meaning that there is no way out. The forgeign invaders need to feel China's full power. 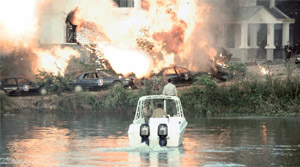 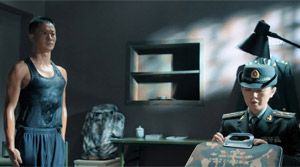 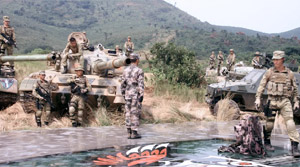 Review: "Wolf Warrior" was one of those flicks that were way down at the bottom of my to-watch-list. It may have Wu Jing in the lead, but the action flick didn't appear to be more than just a B-movie. After the enormous success of the sequel, which broke numerous box office records in China, it became obvious that I had to see with my own two eyes what the movie's buzz is really all about. At least the first part proves to be exactly what I expected it to be, though: an everything but memorable movie with a thin story, shallow characters and lots and lots of patriotism. To be frank, you easily could have marketed the movie as a lengthy propaganda picture for the Chinese army if it weren't for the fact that the special forces act outright stupid at times. 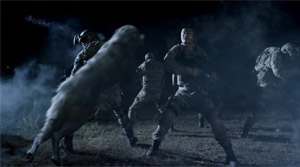 You can sometimes tell with this movie that it wants to come across as a big budget flick. There are numerous explosions, countless bullets fired and during one scene there are so many helicopters and tanks to be scene at the same time that they almost don't have enough room on screen - thanks to the support of the Nanjing military. Then again, almost the whole movie is shot in a forest, which is actually typical for an amateur picture. Furthermore, there is a pretty bad scene in which the soldiers have to defend themselves against wolves. Of course, they are entirely created through CGI and they look everything but convincing. They also aren't of any importance to the story at all, serve no real dramatic effect or are of any importance otherwise. Is this supposed to say that the true wolves are our supersoldiers? That wouldn't really be that subtle, would it... 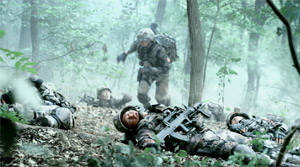 However, subtlety is something you will look for in "Wolf Warriors" to no avail. This particularly involves the way the Chinese military is depicted. The amount of patriotism we hear in some talks of the general or the dialogues of the soldiers can only be considered ridiculous. Adding to this is a heroic score that kicks in during almost every one of those moments, making you wonder when we will see the Chinese flag blowing in the wind. And the nearly defeated hero in fact benefits from a proper adrenaline rush when his country is insulted and he sees his beloved home country's flag in front of him. Strangely enough, all of this is less annoying than you would expect. Probably because with action movies of this kind coming out of China, see the recent action flick "Extraordinary Mission", you don't expect anything else. 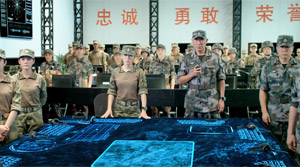 Ok, but there is at least some neat action, right? Yes, you could say that. There is a lot of shooting and all in all the action has a military style to it. But you have to ask yourself why a special forces team among special forces runs into the most simple traps laid by the mercenaries or at other times get shot by neatly lining up for their opponents. Wu Jing ("SPL 2: A Time for Consequences") depicts the uber-soldier who apparently is shot in the heart at some point in the movie and simply continues doing his stuff. Later on, he doesn't even flinch when hit by a bullet. But he sweats to an extreme extent - it's actually really funny. As if Wu did get a bucket of water over his head before each take. His action hero manages to be likable only to a minor extent. His romantic relationship with a superior which is hinted at, played by Yu Nan ("No Man's Land"), is most likely supposed to show his more human side. 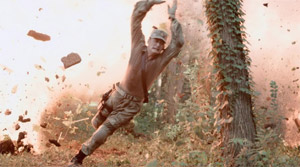 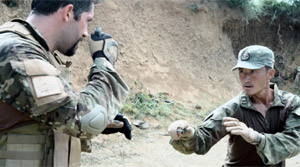 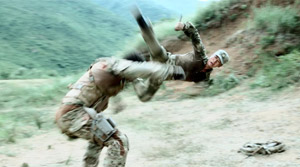 Wu Jing is also the director here, though, and he already managed to gain some experience in this area since he was the co-director for "Legendary Assassin". But what is there really to say? The action is nicely captured and the directing doesn't look amateurish at all. Yet, you won't find anything out of the ordinary here. What's a real shame, though, is that Wu and Scott Adkins ("Doctor Strange", the "Undisputed"-series) face off against each other, but their fight turns out to be absolutely disappointing. A great opportunity to create a dream fight between two martial arts experts has been missed. At least, Adkins is way more convincing as a villain than the usual English-speaking foreigner in Chinese movies. Apart from that, and to cut a long story short, there is only left to say that "Wolf Warrior" doesn't deserve a recommendation, but as action entertainment that asks of you to check your brain at the door this may still have appeal to some viewers.