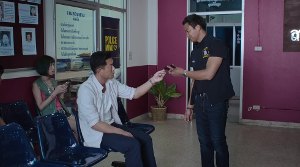 Story: Lee Chung-chi (Louis Koo) adores his 16-year old daughter Wing-chi (Hanna Chan), but when she gets pregnant by her boyfriend there is a serious crack in their relationship. One day Lee gets a call by a friend of Wing-chi's. The friend informs him that his daughter has been with her in Thailand, but is nowhere to be found for a few days already. Having arrived in Pattaya Lee calls in the local police. The Chinese-born detective Chui Kit (Wu Yue) takes on the case. Lee asks Chui to include him in the investigation and they soon are hot on the trails of the gangster Sacha (Chris Collins) who seems to be leading an organ trafficking ring and moreover has a contact in the police force. He eludes an arrest and continues being on the run. At the same time Lee manages on his own to uncover the reason for his daughter's kidnapping. Apparently, the mayor, who has put himself up for reelection, is fatally ill and needs a donor heart. His advisor Cheng Hon-sau (Gordon Lam) has struck a deal with Sacha to find him the organ. When Lee gets closer and closer to the truth Chui Kit is urged to leave the case be. But nothing can stop Lee from bringing to justice the culprits and find his daughter, as he hopes, still being alive. 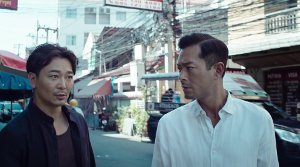 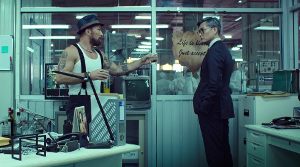 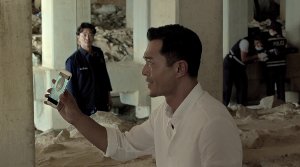 Review: "Paradox" is the third part in the "SPL"-trilogy and this time the title will probably only turn up with local distributors as the international title doesn't give us any clue about the connection. Yet, the SPL-movies have always been pieces of work standing on their own two feet, simply sharing certain motives. For example, krma is playing a major part and of course windows, through which someone is at some point going to be pushed through and might or might not die. We have seen both already and "Paradox" toys with this fact. Next to that, there are a few other scenes which can be considered some kind of reference to the first two installments. However, in the end, the important question is whether the third part can play in the same league in terms of quality as its predecessors. The answer is a clear "yes". When it comes to thrills the movie does almost everything right and we get adrenaline-loaden action and decent drama. Thus, fans of the prequels will be completely satisfied with the end result. 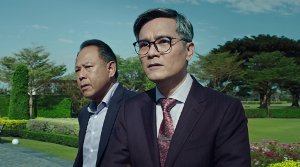 As with the first part Wilspon Yip (also being responsible for the "Ip Man"-trilogy) sits on the directing chair. This means that the film is a lot more well-rounded as an action thriller than "SPL 2: A Time for Consequences". However, compared to latter it lacks a breathtaking finale. Maybe it's just the drama-heavy epilogue that's a bit annoying, though, since "Paradox" actually features some very well scattered action scenes throughout which are innovative and violent thanks to Sammo Hung's choreography. When the dust has settled no one will be saying that the action in this film is disappointing, but that special something is still lacking, like the alley fight of the first installment or the two-vs-one finale of the second. Yet, the film still manages to surprise in this respect: Louis Koo really looks, when he isn't shedding tears, as if being an almost unstoppable fighting machine. 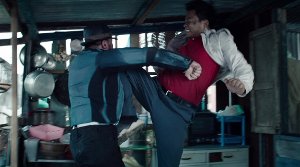 Koo ("Three") plays a father whose close relationship to his daughter has eventually led to his child distancing herself from him. That Lee didn't just do some things wrong as a father but also as a human being is shown through flashbacks inserted every now and then. Koo is also allowed to bestow a certain vulnerability to his character. In his fights, on the other hand, he is balls-to-the-wall and unstoppable. This no-nonsense fighting style suits him well and can be showcased by Koo convincingly. And for some of the more acrobatic scenes a stunt double simply takes over. And here I am again talking about action scenes... But what else to do with a movie which greatest strength are its fights. Still, you should try not to be that disappointed about Tony Jaa ("Tom Yum Goong") having just a small role, contrary to what the filmmakers wanted to make us believe when promoting the flick. 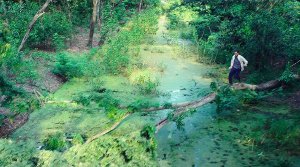 Instead, Wu Yue surprises in its role as a detective since he eventually proves to have more fighting expertise than Louis Koo. Moreover, he also speaks Thai, alongside Gordon Lam ("Trivisa"), latter one sadly being a bit underutilized. Hopefully, we will see more of Wu in the near future. Chris Collins is quite decent as the villain who is pretty scary when fighting. Furthermore, director Wilson Yip knows how to make use of his international cast and the shooting location of Thailand in order to create a movie which should resonate with international audiences as well. The pictures also turn out to be a neat mix: On the one hand we have the lush green forests of Thailand and on the other grey, cold interior shots as well as orange-brownish, somehow dingy looking sets. Visually, the movie is convincing and regarding its score "Paradox" also delivers more than would have been necessary, thanks to Chan Kwong-wing and Ken Chan. 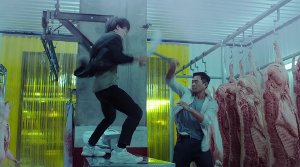 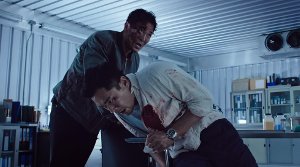 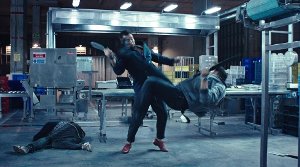 What needs to be pointed out on a positive note is the constantly high pacing which is also created thanks to a tightly written script. With its 100 minutes the movie doesn't take the liberty of dragging on. And despite that the flick still reaches a climax during its action scenes, forcing you to sit at the edge of your seat. Also laudable is that Wilson Yip doesn't focus too much on the power of politicians and rich people, against which mere mortals stand no chance, since we have already had that one time too many and it wouldn't have fit into the film. Since karma is almost an independent protagonist in the SPL-series as well as any other good Hong Kong flick there are no real plot holes, besides maybe serious injuries which if not in the next scene are surely forgotten in the one after that. Maybe another negative aspect to point out is that there is another anticlimactic finale after the actual one. If you can live with that you get a gritty, brutal thriller to savor, just as you would have expected from the series, despite the film being co-produced by China.