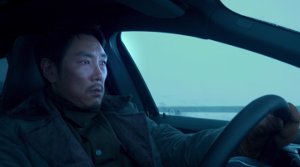 Story: For two years now, detective Jo Won-ho (Cho Jin-woong) has been trying to track down the drug boss Mr. Lee. But so far, nobody actually knows what he looks like. Then a direct subordinate of Mr. Lee comes to the police station and explains that she has just survived an assassination attempt commissioned by her boss. During the explosion, all of Mr. Lee's important men were killed. The reason for this is that Lee wants to do business with China and for that he wants to turn over a new leaf. Old ballast doesn't fit into his new plan, and it's not the first time he has dealt with things this way either. The informant could finally bring Mr. Lee down, but unfortunately, she eventually dies of poisoning. Now, detective Jo puts all his hope on Seo Yeong-rak (Ryu Jun-yeol), who is the only survivor of the detonation. Seo is persuaded to cooperate with the police, as his mother also died in the explosion. He actually works high up in the drug cartel, so he knows that Jin Ha-rim (Kim Joo-hyuk) is about to come from China in order to supply the base materials for producing drugs. One of Jin's conditions is to meet with Mr. Lee in person. Jo now wants to get the materials for producing the drugs from Jin and finally lure him and Mr. Lee into a trap. But Jin is extremely paranoid, and Mr. Lee has not shown his face to anybody yet... 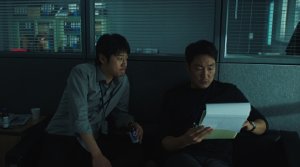 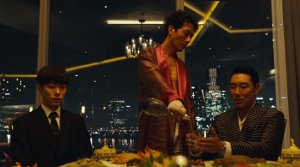 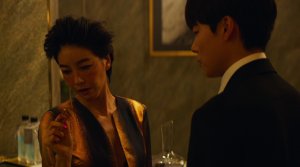 Review: Remakes are always a tricky business. You have to pay respect to the original, but you also have to make it your own movie, otherwise there is no reason watching a rehashed story. Judging the movie according to those criteria, "Believer" actually did a good job. Johnnie To's "Drug War" was an extremely exciting thriller which showed that To can also make great movies in Mainland China. Like John Woo, he also shines with his own rhythm and special aesthetics during his gunfight scenes. The remake can't keep up with any of that, though. But at least when it comes to the last aspect, we wouldn't have expected it anyways. In fact, there are one or two gunfights in "Believer" that are quite impressive, but they are not the movie's focus (actually, they were not a main feature in To's work either). But the remake lacks the original's high entertainment value. 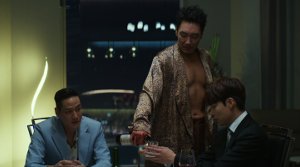 One scene that you immediately recognize is the meeting in the hotel, where the detective has to play two different roles. Although Kim Joo-hyuk can ("The Truth Beneath") bring a thoroughly unpredictable character to screen and with Kim Sung-ryung ("The Target") we get another layer of crazy, the remake doesn't manage to recreate the tension in the room from the original movie, which you could in fact cut with a knife. Of course, it's almost bound to fail when even trying to recreate something like this, and so you have to ask yourself why the director did not just use the source material a little bit more freely. By itself, however, the scene is not that bad, which only shows once more that Johnnie To plays in a different league. So, when it comes to the level of suspense things are a little disappointing. Nevertheless, "Believer" has its own appeal. The characters are standing more in the focus than they were in the original movie. 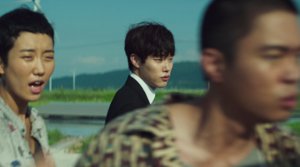 This is not surprising, since Korea is known for using a good amount of drama in most of its movies. Unfortunately, the characters aren't properly designed for it. Especially at the beginning, detective Jo, played by Cho Jin-woong ("Black Money"), shows us with a subplot around an informant that he is completely engrossed in the case and pays little attention to the people around him. Later, he shows some remorse, but it seems half-hearted and does not really give the detective more depth. However, the most problematic character is Yeong-rak, portrayed by Ryu Jun-yeol ("Money"), who could be a member of a boy band and always puts on a wooden face. Is he playing games with the detective and actually has his own agenda or does he really tell the truth? In the original, there was a constant back and forth between these questions, which is how director To maintained a high level of suspense, but in the remake we don't get any of this. 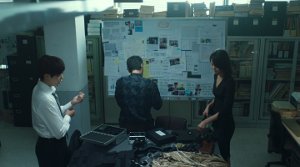 At some point, we finally get a gunfight and in the second half of the movie director Lee Hae-yeong ("The Silenced") shows that he can put some decent action on screen. But it is nothing special. In general, "Believer" is surprisingly calm, almost thoughtful. The main focus is the tugging war between police and gangsters. Eventually, you realize that this is a Sisyphean task that is bound to destroy everyone to the core. With its last scene, the movie more or less gives us an open ending, but this is by no means frustrating for the viewer, because we get a resolution where we need one. However, the twist we get, does not really surprise anyone. But as mentioned before, the biggest disappointment is that you don't feel touched by what happens at all, and that was definitely not the movie's goal. 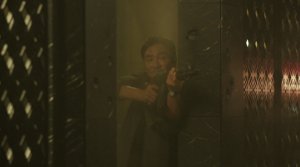 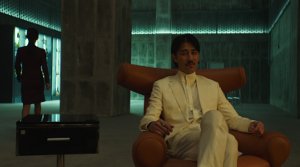 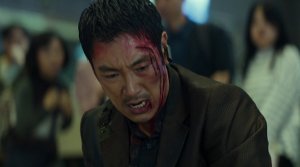 The characters don't really affect us, but sometimes the supporting characters are so weird that they almost seem comical and that's what makes it fun again. Other times, though, we get left with some giant question marks. For example, it is unclear what exactly the topic of religion has to do in the movie. In addition, the action in the second half of the movie torpedoes the character development, of which there wasn't much to begin with anyway. The movie also lacks a real Korean touch, the only thing we get is a nice waltz-like soundtrack. As a thriller, "Believer" can be quite fun, but the director's goal was to delve deeper into the protagonists' psyche and to portray the ever-lasting and hopeless fight between police and gangsters. Unfortunately, he misses his goal and, in the end, we only get an average thriller with a few quieter moments that make it stand out. Despite its interesting approach, "Believer" does not come close to the original.