SPL 2: A Time for Consequences 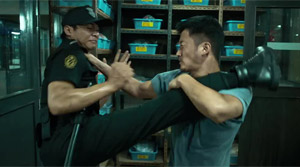 Story: Kit (Wu Jing) is an undercover cop who struggles with his drug addiction. He infiltrates a gang of organ traders, led by Hung (Louis Koo), that kidnap people and put them in jail somwhere in Thailand until their organs are taken. Hung himself needs a new heart and only his brother comes into consideration as a donor. When his brother is to be kidnapped a shootout between gangsters and police is the result, though, whereas Kit's cover is blown. The police have Hung's brother and Hung sends Kit to Thailand where he is put in jail. The killer Ko (Zhang Jin) takes makes sure that the wardens, among them Chai (Tony Jaa), don't ask any questions. To achieve this he doesn't only offer Chai money, but also promises to find him a donor for his daughter who suffers from leukemia. Chai doesn't seem to have any other choice but to turn a blind eye on the gruesome things that happen at the prison, because the donor he has tried to contact isn't answering his phone. He doesn't know that of all people Kit is the donor he tried to contact. Meanwhile, Kit's superior Chan (Simon Yam) wants to get the undercover cop out of prison, but this only seems to be possible if he turns over Hung's brother in return. 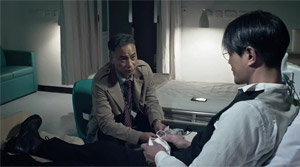 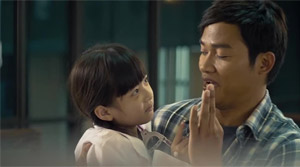 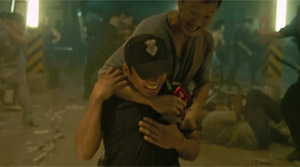 Review: Let's be honest - "SPL 2" actually never had a chance of being a worthy sequel to "SPL". The opinions about the first movie are too glorified, at times even labeling the movie as a future classic. That's simply exaggerated, but the first part surely delivered one of the most high-energy and straightforward fights in a long time and moreover turned out to be a gritty Hong Kong flick the kind we just love. The sequel in fact isn't one, just in name, tries to follow its own path and yet at the same time somehow tries to hit the tone of the original as well. Surprise: The movie actually achieves this. And this even though it doesn't look that way most of the time. Only towards the end the movie shifts up a few gears. Before that "SPL 2" proves to be surprisingly story-centered, although a bit too much for its own good. 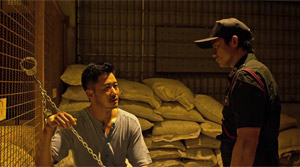 Let's look at the story some more. No one will find serious fault in the fact that this action flick is full of coincidences. This belongs into the category karma and fate, just as we are used to see in a Hong Kong movie. Yet, the story still feels a bit overloaded with its numerous subplots. Which isn't always convincing and yet - and here an odd contradiction comes to light that runs through the whole movie - it doesn't hurt the story at all that several story threads are interlinked. Maybe that is because it makes the film more interesting and multilayered than we would have expected it to be judging by the title. There is also put much more focus on characters than we would have asked for, although nothing out of the ordinary is achieved. A nice surprise, nonetheless. 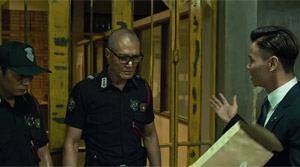 It is utterly strange that the movie isn't just a muddled mess and that you can in fact follow the story quite easily. For this the director deserves some praise. Furthermore, the protagonists seem more warm and human than in the first part, not least because of the story around Chai's daughter which has some dramatic scenes in store. This was clearly a smart decision by director Cheang Pou-Soi, who delivered an outstandingly dark thriller with "Dog Bite Dog", but already in his following flick "Shamo" created a world too dark for us to actually root for anyone. This time everything is still very dark, especially the dimly lit grimy sets are very appealing, and the film's heroes have their own inner demons, but they still remain human and thus make it easy for us to connect to this otherwise very grim action thriller. 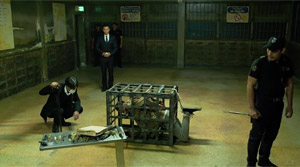 For most this is probably just unneeded additional information. After all, the action is what everyone is looking forward to. Yet, during the first 90 minutes disappointment starts to creep in. There are a few nice fights and ideas, particularly during the prison riot when the camera, with a few editing magic involved, seems to constantly stay close to the action. But even the fight of Wu Jing against a knife-wielding gangster, while the same song from the first movie is played (a well done reference to the alley fight from "SPL", only this time with reversed roles since Wu Jing is playing the good guy), lacks the speed and energy we were yearning for. But... rest assured. The last thirty minutes make up for this. Everything is just right here and you can prepare to become ecstatic. 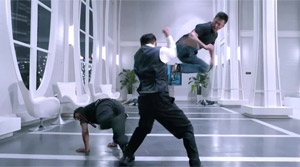 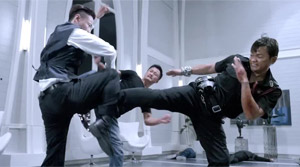 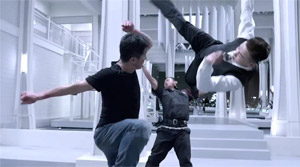 Ok, with a few restrictions that is. Because the finale is every now and then interrupted by cross-cuts to Sa, aiming to strengthen the movie on an emotional level. Successfully so, but it is harmful to the action. The action benefits on the other hand from the fantastic set of a villa-like hall with small fountains which creates a feeling of an epic showdown while also retaining some kind of class. This is also owed to the perfect use of Mozart's Requiem and Vivaldi's Four Seasons with added score by Chan Kwon Wing. But to a special degree responsible for the great style is Zhang Jin. His role actually isn't that big, but you will remember him the most because of his explosiveness and near-invincibility during the final fight. Wu Jing ("Invisible Target") and Tony Jaa ("Tom Yum Goong") almost pale in comparison, although they make for a great team and also prove during the showdown that they still know their craft. By the way, next to Wu Jing Simon Yam ("Two Thumbs Up", "The Midnight After") returns from the first installment as well, even though in a completely different role, too. Thus, you don't need to have any knowledge of the first movie. But especially the ending toys with our knowledge of the first film (and our fears of what might happen), so that fans clearly will get out more of the flick. Bottom line: "SPL 2" isn't as great as the first movie, but it stands as a well done "sequel" and a nice action film.