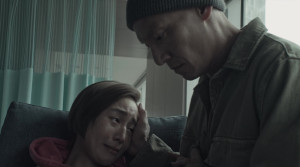 Story: Liang Wen-Chao (Chang Chen) has cancer and despite a long treatment, metastases have returned. And his wife Ah Bao (Ning Chang) is pregnant, too. Although Ah Bao sells a small apartment, the medical treatment will cost much more money, and Wen-Chao wants to leave something behind for his wife and newborn child after his very likely demise. That's why, despite his deteriorating health, he starts working as a prosecutor again. He takes over the lead investigation of the murder of a CEO. Li Yan (Anke Sun), the CEO's wife, was found at the crime scene. She swears that her husband's son of his first marriage committed the murder, and the maid seems to confirm this too. But there is something wrong about this case. The CEO's former wife died a year ago, and although it was officially classified as an accident, it turns out that it was clearly suicide. She had devoted herself to the magical powers of yin and yang and took her own life in order to haunt her husband as a vengeful spirit, because he had neglected her and drove her into depression. For prosecutor Wen-Chao and his wife Ah-Bao, who is working as an investigator, this cannot possibly be the right direction for this case, but there seems to be some truth in it, since Li Yan was filmed by a surveillance camera when something was apparently possessing her. Then it turns out that not only Li Yan profits from the CEO's inheritance, but also the scientist Dr. Wan (Christopher Lee), who worked on a new treatment method for cancer at the murder victim's company. 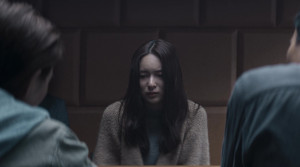 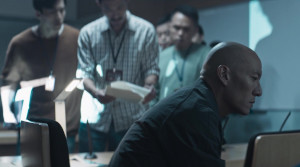 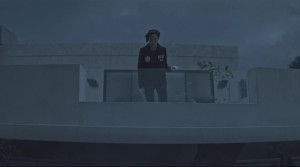 Review: "The Soul" is one of those movies that manage to mix different genres in a surprisingly proficient way. The movie includes a mystery thriller, a little bit of horror, a lot of drama and some science fiction elements. The focus shifts constantly, but thankfully - and this is what's truely difficult - we get a coherent tone that holds everything together. In addition, the flick is ambitious and throws a lot of twists and turns into our faces, which are occasionally thought-provoking, if only briefly. This shows the strength of the script, which is based on a novel by Jiang Bo. The events are always on the move, and as soon as you think everything has been said, there's a new hitch which leads us into a different direction. In cases like these, there is a great danger of the story getting too cluttered and eventually slipping into ridiculousness, but that's exactly what the movie manages to avoid. 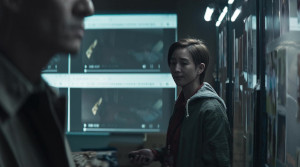 The fact that there are always small technical gimmicks and electric cars present, make us realize that we are set in the future. A rather near future, more precisely the year 2032. A lot has happened in the medical area as well, so this not-too-distant future offers a nice breeding ground for a few science fiction elements. However, we shouldn't delude ourselves. While we might at first think that the cancer treatment would be within the bounds of possibility, the movie is soon more about the soul and memories, and a lot of things turn out to be fiction. But this is not necessarily bad, as we even get to see rituals at the beginning and supernatural elements are also clearly visible. At the start of the movie, the big question is whether there is actually a supernatural being involved in the murder. The contrast between traditional belief and science, the latter illustrated by the many interactive screens used by the investigators and by the medical progress, is very appealing as well. 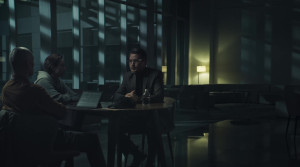 The atmosphere chosen is also very interesting. The shots of the city convey a somewhat gloomy mood, everything is covered in a thick fog, there is a lack of colors and you sometimes feel like you are part of a dystopian world. At the same time, it underlines the mysteriousness of this world, in which old and new clashes. Director Cheng Wei-hao has already put together a dark thriller with "Who Killed Cock Robin", which proved that Taiwan is able to produce high-quality movies. And with the support of Netflix, he took on a very ambitious project here. The special effects, particularly those showing the capital in the future, were chosen wisely. Apparently, there wasn't a ton of money at hand, but what money the producers had, they invested effectively. The sets are well designed, keep the story grounded and prevent an outburst into unnecessarily epic territory, as "The Soul" could easily have turned into a large-scale sci-fi blockbuster. 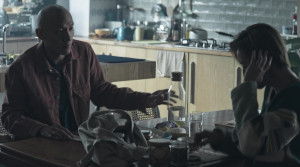 The story and its numerous twists and turns are the real reason why the movie seems so big in scale. To be honest, while the countless twists are entertaining and explain a lot retrospectively, the last twist in particular is quite predictable and is somehow also a little illogical. But I will avoid going into detail here. Nevertheless, you should keep in mind that the movie is about the soul and what it actually is. What works surprisingly well, though, is the movie's drama. Because "The Soul" is also a movie about the power of love and what decisions it leads us to. Of course, the drama stems from the fact that the protagonist, played by Chang Chen ("Brotherhood of Blades 2"), suffers from cancer. What might sound tacky on paper, works wonderfully on screen. There are in fact a few hospital scenes that have a very different feel than those of dramas with the same subject matter, just because of the mystery framework of "The Soul". But mostly it is the actors' performances that really manage to captivate us. Especially Chang Ning ("Murderer") carries the movie's tearful moments absolutely convincingly. 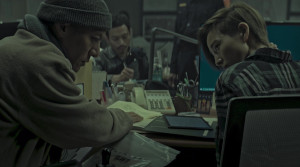 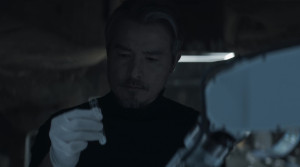 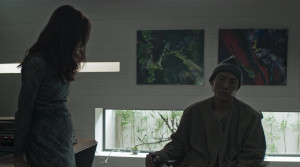 So, it is quite surprising that the drama around the cancer aspect will stick with you the most. But it is also incorporated nicely into the mystery plotline. In addition to these quieter moments, the many twists and turns keep you in suspense, and the story is at its core very successful. Only the finale is a little bit too much. It's supposed to be clever, but instead you are left with moral questions that just get dropped or even ignored. The dark mystery atmosphere, the fitting soundtrack, the interesting world between rituals and science as well as the well-done drama turn "The Soul" into a beautiful movie, which, despite everything, perhaps wants a little bit too much of everything. Especially because of its ending, the movie isn't fully convincing. But apart from that, you can only congratulate the director on a successful genre mix here.