Brotherhood of Blades 2: The Infernal Battlefield 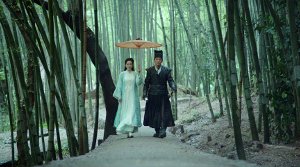 Story: Shen Lian (Chen Chang) is a member of the Imperial Guard and works under Lu Wenzhao (Zhang Yi) who supports him a lot. One day there are bodies found at an inn and among them is a man who somehow seems to play a special role in this case. However, Shen is then tasked, alongside his partner, to kill the artist Bei Zhai (Yang Mi) who criticizes the Emperor through his drawings. When Shen realizes that Bei is actually a woman who he already met before he has qualms and stops his partner from killing her, leading to his partner's death. The death is investigated by Pei Lun (Lei Jiayin) who suspects Shen as the culprit. Meanwhile, Bei Zhai has fled, knowing the truth. She works for a group of rebels who then approach Shen and blackmail him to start a fire at the Imperial library. Yet, at the library Shen finds out that the man killed at the inn has been responsible for inspecting the ship the Emperor took and was always killed on as it sank. The rebels seem to have allies in high places and as things progress Shen Lian uncovers an intrigue at the Imperial Court. Pei Lun is hot on his trails, too, and his life is more and more in danger with every truth he uncovers. 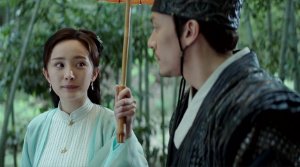 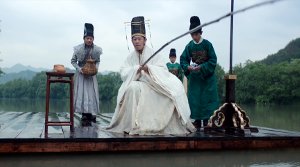 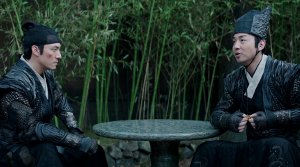 Review: One of the most surprising wuxia films of the last four years has been "Brotherhood of Blades". Its elaborate screenplay, which managed to stand its ground even outside of sword fighting scenes by combining political intrigue, thriller and naturally wuxia, made the flick an extraordinary, thrilling experience where the characters' moral shades of grey left quite an impression. Now, director Lu Yang delivers his next installment which is actually a prequel and tells the background story of Shen Lian. As is often the case when expectations are a little bit higher the prequel doesn't manage to fulfill all promises. Most importantly, you would have assumed that the unpolished technical flaws from the first movie wouldn't be found anywhere anymore, but they are. And this even though the budget clearly was higher than before which can be made out in some of the nice sets. 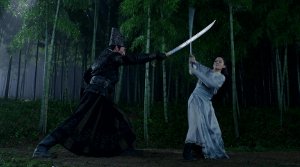 As with the first part the movie starts off a bit jolty. A lof of information and many names are given and it's difficult to always keep track. This leads to us not being able to emotionally bond with the characters for quite a while, especially since it has probably been a while since you have seen the first story around Shen Lian and accordingly have forgotten most of it. However, during the ambush in a bamboo forest at the latest, actually a very classic and therefore also rather hackneyed scene in the wuxia genre, the story's true strength becomes apparent: its high level of suspense. Even the fights don't stand out with aesthetic choreography, but their tension. Accordingly, you should realize as soon as possible that "Brotherhood of Blades 2" is actually a crime thriller taking place during the Ming dynasty which leads to confrontations (mainly) being ended with swords instead of guns. 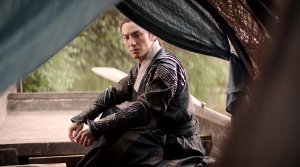 As already stated it's at first difficult to get a picture of the different parties and entanglements. Things don't get much better later on either. It constantly becomes obvious that the story is told too confusingly, although the most important happenings are drawn quite clearly, adding to the impression that this is an attempt at blowing up the plot's complexity. Political intrigue is once again order of the day, it's just that there is a lack of big twists and revelations. The characters aren't drawn that elaborate this time either. You may assume an interesting character behind Pei Lun, particularly since he is sort of depicted as a villain in the beginning, thus, director Lu is again toying with people's preference of reducing everything to its most simple conclusion, but sadly he isn't drawn the kind of three-dimensional you would have wished for. Instead he later takes more of a backseat, even though he is always to be seen next to Shen Lian. 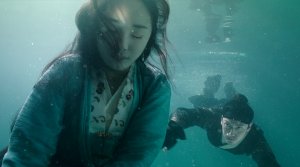 The love interest, embodied by Yang Mi ("Reset"), isn't really convincing this time either. Female sword fighter Ding is actually more interesting, but sadly she also just remains a minor character. Many of these supporting characters are shaped very individually at least when it comes to their choice of weapon or their appearance in general, so that you can imagine that every one of them might become important to the story later on. But that's not the case. Instead, we get more of the secret leader of the rebels towards the end, which first of all is too late and second his character can't win over any interest. Sometimes Lu seems to have backed the wrong horse. But it's nice to see individuals like Wei who in the first installment also played some sort of role. We actually also get to know more about Lian Shen, too, and Chang Chen ("The Assassin") once again carries the movie with silent charisma. 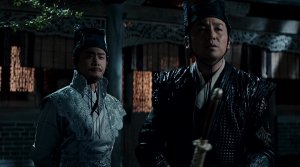 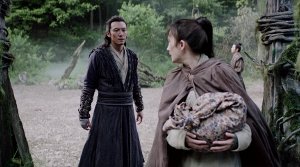 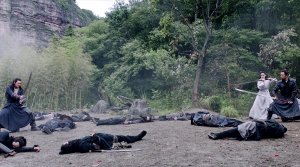 Additionally, we constantly get to see some nice sets. A library, a mountain pass, an escape on horseback during a moonlit night, a bridge over a canyon and so forth. You outright absorb the pictures. It's just that director Lu Yang creates the impression that he wants to celebrate those pictures himself. Furthermore, he has made a few odd decisions concerning the camera work, e.g. when Shen Lian's perspective is taken as a camera angle while glancing at Bei. During the fight sequences the camera is moving too much and thus you may generally get a few nice fights with some good ideas (thanks to the weapons used), but then again they aren't breathtaking. The level of suspense unfortunately can't be kept up either. But apart from the focus on the thriller elements of the story the magic of a wuxia flick is constantly shimmering through as well. Sadly, the first installment's level of quality can't be be reached completely.