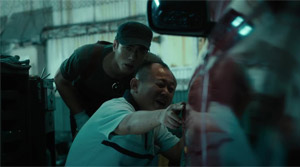 Story: Wang Yi-chi (Kaiser Chuang) is a reporter and one day he is the first to arrive at a crash scene. The report he writes about it becomes his downfall, though, and he is fired from his job. At the same time he finds out that his car is by no means as good as new since it has been involved in a car crash nine years ago. Wang also finds out that this was exactly the same accident he once witnessed. The circumstances were mysterious, the driver died, but the female front-seat passenger Hsu Ai-ting (Ko Chia-yen) survived and after that went into hiding. As there is nothing else to do for Wang he follows the clues and thanks to the helping hand of his former colleague Maggie (Hsu Wei-ning) he actually finds Hsu. The woman doesn't want to hear about this incident anymore, but she contradicts herself when talking about it. Moreover, pictures have disappeared which Wang once took with his camera of the crash scene and the accident perpetrator fleeing the scene. The only one who had access to his camera is now chief-editor Chiu Ching-kai (Christopher Lee). He apparently tried to protect the identity of the one who caused the accident. Now, shortly after Wang started his investigation, there is another murder, which is connected to the car crash... 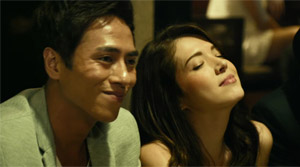 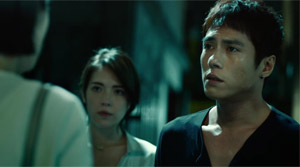 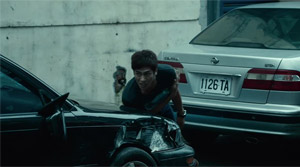 Review: When it comes to mystery thrillers there is always the question, how many coincidences you are willing to accept, without them to surpass what you are considering still believable. No matter how high you set the bar in this respect "Who Killed Cock Robin" will reach it. This isn't supposed to mean that this is a bad thriller. In fact, director Cheng Wei-hao knows how to present one twist and revelation after another, even making you feel outright dizzy. Thus, you will have only little time to get annoyed by the several chance happenings and things certainly are kept thrilling this way. Despite all the good-will smart viewers will find it hard to make do, though. Atmospherically and acting-wise this mystery thriller still has so much to offer that at least fans of the genre won't be able to skip this flick. 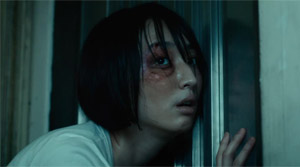 The rain pouring down right in the beginning makes us assume that we are told a story which is dark and full of cruelty. However, the director finds his own style and doesn't take the same line as "Se7en". The movie's tone strongly heads into the direction of a crime thriller since we are told several versions of the incidents via flashbacks. Those flashbacks are also a cause for criticism since more than half of the flick actually consists of them. This inevitably has to give the movie a ludicrous flair, but director Cheng remains serious in tone at all times, which is quite problematic. Yet, the fact that despite all the repetitions there is never any boredom creeping in deserves some kudos. There are constantly new aspects which give the case a completely new twist. And the script skillfully withholds important pieces of the puzzle. The story is continously deconstructed in order to be reconstructed anew. 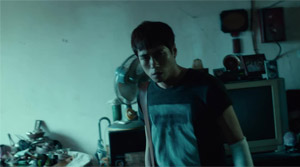 It's not so easy, though, to overlook the fact that the story is way too obviously written in a manner for it to mess around with us in the most efficient fashion. We can never see the big picture in advance because of clever deduction. For this there is just too much information withhold from us. You can't even rely on us knowing exactly as much as the story's hero. In any case, in the end things turn out quite different than what you might think. Tension is created by constantly providing us with new clues, making us think that we are quite a few steps closer to the truth. However, Wang doesn't really do a good detective job. Instead, this is where the script's weakness to leave everything to chance becomes apparent once again. Wang stumbles from one clue to the next without every doing something for it. 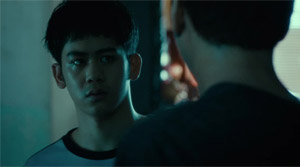 Furthermore, it's extremely irritating that possible suspects tell him the apparent truth voluntarily, i.e. without being forced to. It's also strange that Wang instantly believes this alleged truth. This again is the reason why Wang only gets closer to the murder mystery's core by chance. And that's when it turns out, without taking away too much, that the people around Wang are closer related to the case than he assumed. In the end, the movie naturally revolves around the question who the real murderer is. That's also the reason for the title being inspired by the English nursery rhyme of the same title. And the most interesting thing is the revelation that there is almost no real good character in this movie. Of course, this demands good acting, and we actually get it. 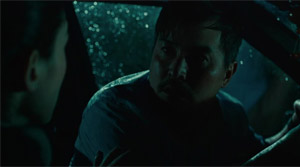 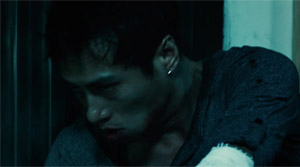 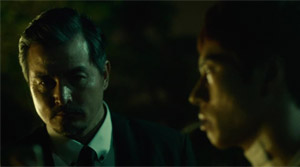 Kaiser Chuang plays the story's hero convincingly and Ko Chia-Yen as Ai-ting as well as Hsu Wei-Ning as Maggie manage to develop their characters more profoundly than what we initially believed to be possible. There is no simple black and white in this picture. Mason Lee, son of director Ang Lee ("Crouching Tiger, Hidden Dragon"), also delivers a fine performance. Moreover, in terms of directing everything is captured on a very high level. The pictures bestow a gritty mystery thriller flair upon the film and the score may be omnipresent, but adds to the suspense. Furthermore, the ending convinces with a few unexpectedly strong/cruel pictures, which all in all make the movie unpleasantly bitter. That's how I like it. Despite a lot of incredibilities "Who Killed Cock Robin" has earned the spot right behind "Double Vision" as one of the movies which prove that you actually can expect quite some well-achieved thrillers from Taiwan.