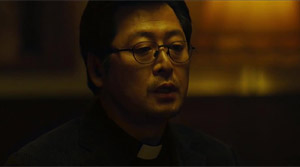 Story: Father Kim (Kim Yoon-seok) is regarded as an unpleasant element by the church since he is still conducting exorcism. The Catholic Church doesn't believe in demons these days anymore, but exorcism is still rooted in the bible as an established practice which is why the church has to somehow come to an arrangement with Father Kim. Kim on the other hand is at pains to exorcise an especially strong demon from the girl Yeong-sin (Park So-dam). Up until now he wasn't successful and his former partner has turned away from the case. Now, Father Kim is looking for new assistant and finds him in the priest-to-be Choi (Kang Dong-won). Choi is plagued by nightmares since he lost is sister through a dog attack while he could do nothing but look on helplessly. His true mental strength is going to be put on the test in the upcoming exorcism, but first there is need of some preperation. Among other things the priests will need a sacred bell that can hold the demon at bay as well as a pig which the demon has to enter when he is forced out of its current host. But nothing can prepare Choi for the imminent difficult test: facing a true demon. 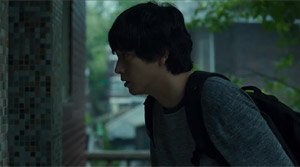 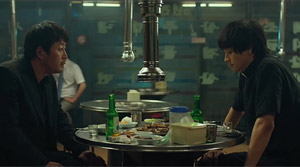 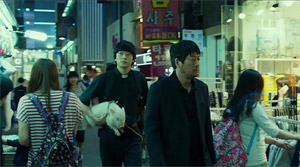 Review: Looking at the movie's title there are already a few question marks popping up over our heads. A movie about priests in Korea? Sure, there are countless followers of Christian religion in South Korea, but a horror movie about exorcism? "The Priests" is strange, almost experimental and brave in the way it delivers a reinterpretation, in the broadest sense, of the classic "The Exorcist". It's difficult to call the movie successful in what it wants to achieve, though. However, you can't accuse the director of having delivered a genuine error of performance either. "The Priests" has been a risk for the producers because of the subject involved, but at the box office this risk payed off. Still, a top-notch cast will most likely have been the main factor for the financial success of the movie. 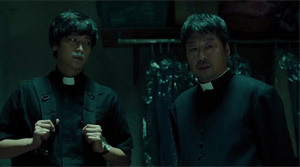 I may have given the impression that "The Priest" is directed at a very unique audience, but that's not the case. In fact, everything in this film looks like a blockbuster. This even leads to action scenes being implemented at times when they seem rather unnecessary. But more about that a bit later on. At its heart the story is kept extremely simple and it actually revolves around an exorcism that has already failed once. Yes, if you look closely there is in fact nothing more happening. This can be quite frustrating, but there are a few characters that need some space for elaboration after all, right? Yet, you can't say that the film scores especially well in this area either. Nevertheless, two lead actors in top form get the maximum out of their personalities. Furthermore, the chemistry between the two priests is better than it might look on paper, too. 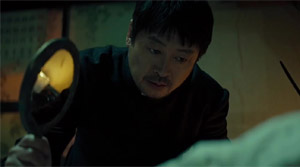 However, there also are a few gaps when it comes to the illumination of the characters that need to be criticized. Father Kim, very aptly played by Kim Yoon-seok ("The Classified File", "Haemoo"), just is too mysterious since a big part of his past remains in the dark. Particularly a few hints prove that a lot more should have been done with this character. Kang Dong-won ("Kundo: Age of the Rampant", "Secret Reunion") embodies the younger priest who is plagued by inner demons. Of course, this plays a major part towards the end, but how he overcomes his trauma is realized pretty heavy-handedly in the movie and so this part of the story turns out to be a major example of a missed opportunity to further deepen the relationship between the two priests. 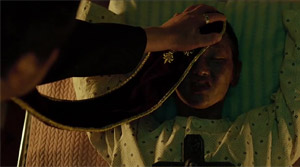 Strangely enough, the actual exorcism is in fact the film's highlight. A lot of things could have gone wrong here, but since this flick is based on the short film "12th Assistant Deacon" by director Jang Jae-hyeon, who delivers his debut work here - a short film that won quite a few awards - it shouldn't come as a surprise that the exorcism scene is the center and heart of the film and succeeds in being impressive thanks to an extraordinarily suspenseful atmosphere which makes the flick a horror film to begin with. Because apart from that there are hardly any elements of a typical horror film. Thanks to the outstanding actors and especially the acting achievement by Park So-dam ("The Silenced"), who plays the possessed girl, one gear meshes with the other and you are sitting at the edge of your seat. That's also when the more grotesque scenes fit perfectly into the movie, too. Particularly the modest special effects, that are realized without any cgi effects, except of the incense, make "The Priests" avoid looking overloaded. 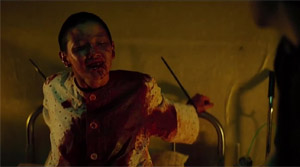 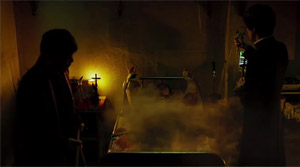 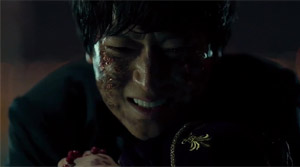 Everything else oftentimes seems a bit clueless. This also includes the finale which kicks in after the exorcism and looks more like a failed attempt at something big. You get the impression that something bigger, some sort of epic evil in its true form is supposed to be shown, but the director doesn't achieve that. Accordingly, the movie loses its momentum during its actual finale. Instead, the exorcism is the true highlight of the film. Also, more character elaboration would have been great, even the more since there remain a few question unanswered about them. The religious main theme, the way the supernatural is introduced without any real explanation, managing to captive us from the very start, as well as a nice soundtrack which is influenced by church pieces are all quite appealing. The rather shallow screenplay and not very well fleshed out characters, although this flaw is made up for by the actors, are some elements that constantly make "The Priests" falter, though. Nonetheless, because of its uniqueness in Korean cinema you still should give this horror flick a chance.