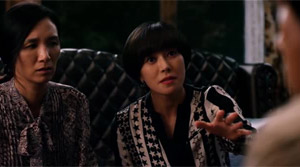 Story: In the year 1978 Eun-joo is kidnapped in front of an elementary school in Busan. Her father (Song Yeong-chang) is a rich businessman and waits for the kidnapper to demand a ransom. However, there is no call. After the police tell his wife (Lee Jeong-eun) that there is only little hope of the girl being still alive officer Gong (Kim Yoon-seok) joins the case. Gong knows Eun-joo's aunt and soon there is no doubt in his mind that the kidnapper didn't target a specific victim. The police officer is also asked for help by the family because Eun-joo's mother visited fortune-teller Kim Joong-san (Yoo Hae-jin) who told her that from a shamanistic angle Gong is the only one able to solve the case in a way that guarantees the girl's safety. Gong's first steps are to keep the case from going public in order to give the kidnapper a false sense of security so that he demands a ransom. When the kidnapper contacts the family on the exact same date Kim Joong-san foretold the fortune-teller becomes a subject in the case. Yet, Gong soon finds out that Kim can actually be of great help in the investigation. 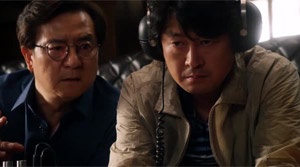 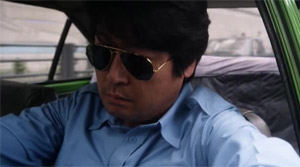 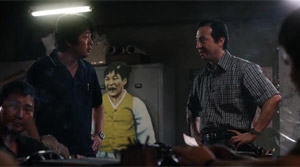 Review: Director Kwak Gyeong-taek is highly praised by critics, but also has a lot of fans among "normal" audiences thanks to his movie "Friend". Even though I personally found his work "A Love" more appealing, I consider him one of Korea's rather overrated directors. I might not make a lot of friends with this statement, but "The Classified File" confirms this once more. The movie can't be considered bad by any means, yet it doesn't manage to deliver more than just solid genre entertainment. This may be particularly odd since there are in fact different elements that distinguish the film from a typical neo noir flick. Next to the socio-criticial touch it's more than anything else the focus put on the elaboration of characters that stands out. 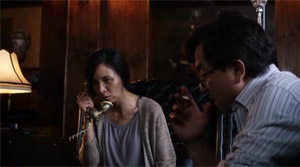 However, the character elaboration doesn't turn out as well done as may have been intended by the director. It is obvious from the get-go that an unusual couple of investigators stands in the foreground which nonetheless isn't supposed to be make the thriller a mere buddy-movie. But that wouldn't have been possible to begin with since the police officer and fortune-teller often conduct their own investigation. This deprives the movie of a few possibilities to carve out the chemistry between the two protagonists. Moreover, director Kwak may aim at illuminating his characters a bit more, but they are often neglected in favor of the story. Kim Yoon-seok ("Haemoo", "The Chaser") may be charismatic considering his honest nature - although he doesn't have a clean slate either - but his role lacks genuine personality. 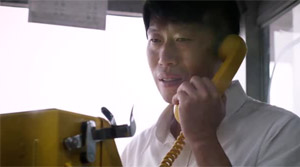 The fortune-teller is portrayed by Yoo Hae-jin ("Desire to Kill, "Jeon Woochi") and this time Yoo is allowed to play more subtle than in his usual (supporting) roles. Yoo is an underrated actor who proves this once more. His fortune-teller turns out to be the most interesting personality in the movie. But even though "The Classified File" shows ambition to tell a character-centered story, the investigators are ultimately playing second fiddle in comparison to the importance of the kidnapping case, which is based on true events. As in "Friend" the director returns to the city of Busan during the 70s. A time when technical innovations didn't considerably reduce the amount of legwork involved in a case, and so there are a lot of classic investigation methods displayed. Still, this doesn't make the film tiresome. 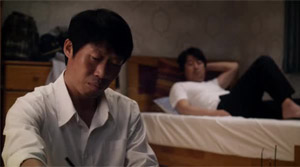 On the other hand, there are a few quite lengthy scenes in which the family's pain is shown. You might excuse this by assuming that the director wanted to actually put emphasis on this aspect, but for this the parents of the kidnapped daughter aren't fleshed out well enough. The movie gets a slightly supernatural touch because of its fortune-teller who is supposed to highlight the shamanist roots of Korean society. Kwak tries to somehow remain neutral by making some of the premonitions come true and others not, but the times the fortune-teller hits the mark are enough to make the film look like a mystery thriller as well. However, the movie's tone isn't consistent. Oftentimes, everything is supposed to be rather dark and gritty, but with its ending and a few other scenes director Kwak gets on the wrong track. The anticlimactic ending with its unnecessary epilogue, which is supposed to be touching, even annoys. 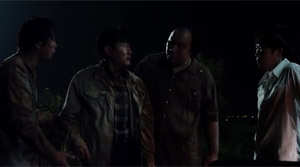 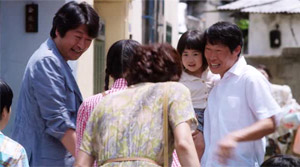 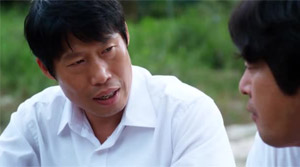 Furthermore, it's all too obvious that Kwak wants to present us with a bunch of heroes that never get the recognition they deserve. The crime story also comes along with a few odd twists which seem somewhat half-baked, but since the film is based on true events it's hard to criticize it for that. The fact that the movie lacks action scenes and that the investigation drags on and on, due to the screenplay, is bothersome, although there is no true boredom creeping in as already stated. Kwak's crisp pictures may not give the impression that we are in the 70s, but instead it's the set design, the cars, fashion etc. which leave no doubt about it. Yet, there is a lack of subtlety since Kwak apparently wants to prove his love for details by excessively dwelling on an old movie poster for instance. It's such scenes which make you realize that Kwak isn't the master of his craft many consider him to be. This put aside it's particularly the unspectacular characters - whose inherent potential is never made use of - which make this movie merely a solid genre entry.