The Killer: A Girl Who Deserves To Die 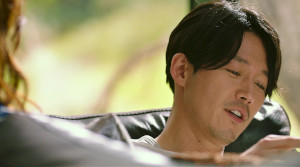 Story: Bang Eui-kang (Jang Hyuk) lives with his wife Seong-yeon (Bang Eun-jung) in a beautiful house and there is no need for them to worry about money. Seong-yeon wants to do some travelling with a friend, but that friend has a seventeen-year-old daughter who someone needs to take care of. Eui-kang is given the task of taking care of the girl Yoon-ji (Lee Seo-young) for three weeks, even though he is not thrilled about it. When he sees the girl head out with some shady looking guys, he follows her and arrives just in time to save her and her friend from a prostitution ring. Shortly afterwards, it turns out that a murder was committed at the place where Eui-kang rescued the girls. The murder weapon was a knife, on which Eui-kang has left some fingerprints, so he is blackmailed by the prostitution ring. The gangsters threaten to hand over the knife to the police if he doesn't comply with what they tell him to do. However, the police already consider Eui-kang as a suspect because a surveillance camera filmed his car at the crime scene. But the gangsters clearly tried to mess with the wrong guy, as Eui-kang used to be a professional killer. After having taken care of the gangsters, he comes home and finds out that Yoon-ji was kidnapped. In order to find the girl, the killer has to figure out why someone is so interested in her. 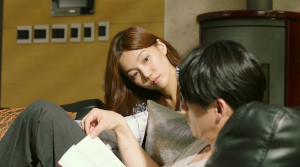 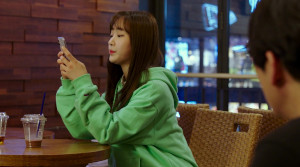 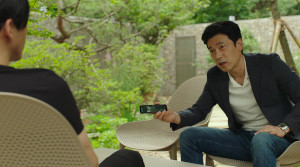 Review: At least for some time, it seemed that "The Killer" reached quite a decent level of popularity thanks to word-of-mouth recommendation. And even though the flick ultimately lacks a real story or even rudimentarily three-dimensional characters, it puts the kind of stylish action on the screen that you have been looking for in Korean action movies to no avail for a long time. But this is not a completely exaggerated action spectacle that just gives you a headache, like "Carter", instead it's a return to movies like "The Man From Nowhere", which is even mentioned as a source of inspiration, and, of course, "John Wick". Unlike "A Bittersweet Life", of which you are also immediately reminded thanks to the locations and cinematography, the movie lacks a decent level of emotions, though. But in return, we get the kind of anti-heroes that we didn't get to see in an action movie for quite a while. 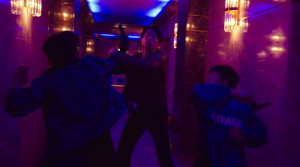 Eui-kang is actually a quiet, but pretty likable guy. His somewhat dry humor that comes through in his inner monologues when he has to take care of the teenager also makes him quite approachable. But that changes as the movie progresses, since the warm-hearted side he shows his wife and later on also slowly starts to display towards Yoon-ji gets replaced by actions that you would only expect from a sociopath. Eui-kang not only kills anyone who stands in his way, but he also shows no mercy. If you thought that he would occasionally let someone go who crosses his path, you would be mistaken. And this is quite disturbing. He also has no problem with torturing women in order to get information, women who can be just as evil as the men in this flick, which may present more gender equality than we get to see in movies which just try too hard to be political correct. 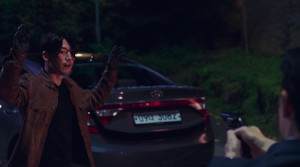 Some clichés are also deconstructed here, for example, Yoon-ji does not seem too excited when Eui-kang starts fighting through a whole group of gangsters while looking kind of bored. She does not seem like the typical scared girl who needs to be saved either. Nevertheless, she is still the damsel in distress. Eui-kang is also refreshingly reckless, as he even decides to crash into the car in which the girl is obviously sitting just because it could mean getting closer to rescuing her. Generally, no one is treated with kid gloves here. Everything is rough and brutal, but the sets and action look polished and stylish. Even though it's obvious pretty quickly that the movie didn't have a huge budget, the directing job and action choreography as well as some beautifully designed interiors instantly make you forget about that. Visually, the movie clearly knows what it's aiming for and it hits the mark, even though it is apparent from which other works the movie borrowed its material. 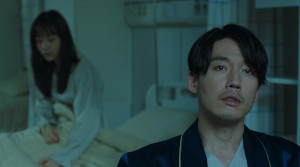 In general, I could make this review quite short by simply saying that all action lovers, who like the already mentioned movies too, will get their money's worth here as well. The action is beautifully choreographed, and thanks to the level of violence as well as some continuous shots, it is exciting to watch. "The Killer" is one of those movies where filmmakers put most of their time into planning its action sequences. It's safe to say that you can pretty much forget about the script, the dialogues are very thin, while both the twists and the events are either irrelevant or just make the movie seem unnecessarily chaotic. As mentioned before, the real star is the action, which is also exciting to watch due to actor Jang Hyuk. It's just impressive how much physical effort he put into the movie, so that he pretty much outshines everyone else of his colleagues. Director Choi Jae-hoon already had him show off is expertise in "The Swordsman", but here, we also get a little gun-fu/gunfights in the style of John Wick, even though one scene is rather reminiscent of "Equilibrium" too. 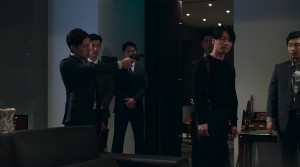 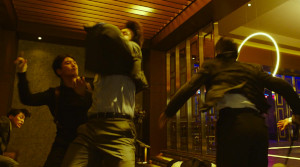 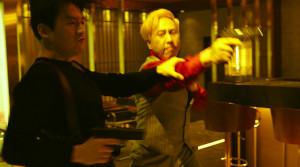 As a surprisingly charismatic villain, Bruce Khan ("Revenger") is allowed to show off his talents, and he is also the only one who could pose a threat to the protagonist. Because other than that, Eui-kang seems more or less invincible, even a jump from the third or fourth floor does not faze him. With all the well-done action, it's also nice to get a glimpse behind the scenes during the end credits, and to see some failed stunts as well. With its running time of 95 minutes, the flick is also quite short and snappy and doesn't drag on. The story is irrelevant - for example, it was not even considered necessary to give a logical explanation as to why Yoon-ji is actually so important -, and Eui-kang's most important "character trait" seems to be the fact that he apparently heals his injuries by drinking coffee, at least he always has a cup in his hand. Even though it would be justified to look at "The Killer" more critically, it's just fun to finally get to see a movie with a decent anti-hero as well as some wonderfully choreographed and shot action. If you are looking for something like that, you will certainly have fun here. If you aren't, you have no reason to watch this flick. Sometimes things are just as simple as that.