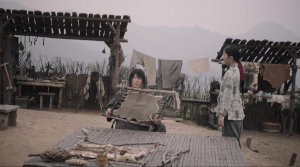 Story: During the Joseon Dynasty, Gwang-hae was dethroned as king by a coup. Tae-yool (Jang Hyuk) is an excellent swordsman who didn't leave his former king's side until the end of his reign. But eventually he has to flee with the king's baby. Years later, Tae-yool lives on a mountain with his foster-daughter Tae-ok (Kim Hyun-soo), who has no idea about her true origins. Since Tae-yool could soon lose his sight, his daughter insists on going down to town to get a cure. A befriended monk claims that someone owes him a favor there. But when they arrive in the town, it turns out that the hotel owner Hwa-seon (Lee Na-kyung), who is supposed to help Tae-yool, does not owe the monk any favors, and the healing herbs for Tae-yool's eyes are very expensive. The former swordsman wants to go back up the mountain, but his daughter doesn't give up so easily. When the king looks for someone to take care of his mother, Hwa-seon recommends Tae-yool's daughter. However, the royal court is currently not in the best condition, as the country is a vassal state of China who has just sent ambassadors to negotiate the price for some prisoners of war. The ambassadors' leader Gurutai (Joe Taslim) is a ruthless swordsman who seeks even more power. Tae-ok gets caught up in the middle of a political power struggle, and so Tae-yool has to take up arms again, even though he has sworn to turn his back on his past. 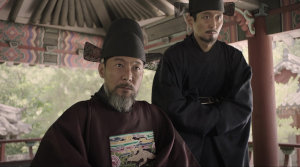 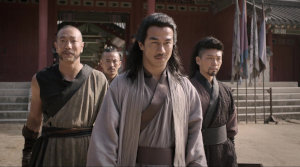 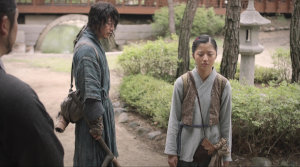 Review: Sword fighting movies from Korea are not very common, but they do exist. "Kundo: Age of the Rampant" is just one example to prove this. This movie's genre inevitably reminds you of Chinese Wuxia, and elements of Jianghu - the world full of heroes and outlaws - come into play in "The Swordsman" as well. But first and foremost, this flick digs up the old "former killer gets called out of his retirement, even though he only wants to live a quiet life" theme. Last year, South Korea already gave us a movie with convincing action that took a page from the same book in the shape of "Deliver Us From Evil". And aside from looking at all the old classics, you just immediately have to think of the "John Wick" series. But that is the big problem. Even with the movie's historical backdrop, we've just seen this story far too often, and there's no innovative element that would improve it here. 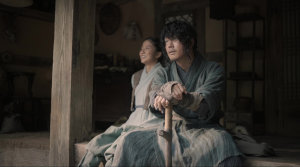 Still, the movie can immediately impress action fans. I can't remember the last time I got to see such brilliantly choreographed sword fights from Korea. Tae-yool's sword fighting has something unorthodox, quick, and free-spirited to it. The numerous changes in speed during the clashes and the generally fast pace as well as some unusual acrobatic movements immediately remind us of the "Rurouni Kenshin"- series, and that is great praise. So, if you tune in for the action, you can definitely sit back and relax, because you will not be disappointed. Jang Hyuk ("The Flu") is in top form and he easily manages to carry his action scenes, especially one in which he fights his way through a whole group of enemies, while the sequence was filmed in just one shot. Acting-wise, he gives a reserved performance, because someone like Tae-yool doesn't really want to stand out; until, of course, he has to show everyone who really is the master of sword fighting. 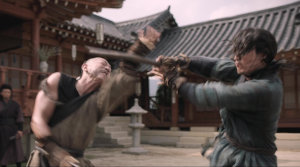 As a villain we get Joe Taslim, who is a household name for fans of outstanding action at the latest since the Indonesian action masterpiece "The Raid". Accordingly, you can also look forward to a very satisfying showdown. Regarding the directing-job, the action is finally captured the way it should be. No unnecessary fast cuts to hide the actors' lack of skills, instead we get well-choreographed sword fights, which are often filmed in one continuous shot and only involve so much wirework (if any at all) that it makes you wonder whether this is still humanly possible or not. Especially the more innovative moments of fight choreography remind us of Chinese wuxia movies and sometimes even have a little anime character to them. On the other hand, the action is anchored in reality to such a degree that you also feel reminded of chanbara flicks (samurai movies). You might have noticed: lots of praise. 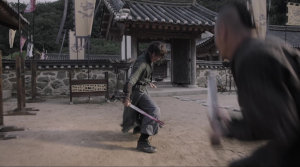 But this brings us to the aspects that don't work that well. The events are rooted in Korean history, which is pointed out to us right at the beginning, but this is actually not relevant at all. The political banter is not particularly smart either, and you have to wonder what value the whole backdrop is actually supposed to have. When Tae-yool walks past the bad guys with his head lowered or when he begs pardon on his knees, we already know that this is all about finally letting the cat out of the bag at some point: Tae-yool could wipe the floor with all of them. Even blind. Ok, the potential blindness is an aspect that is supposed to make the swordsman seem less powerful, but let's be honest... Who has not heard of "Zatoichi"? The impending blindness of the hero is not exploited in a cheap way, though. Character-wise, you can't expect anything exceptional from the hero or anyone else. Maybe it's a little surprising how cold-blooded Tae-yool can be. He is actually done with the world, and he doesn't care about what happens to the country as long as he has his daughter. 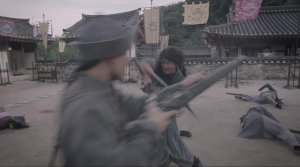 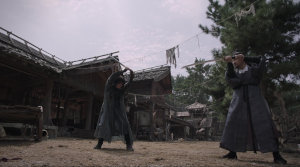 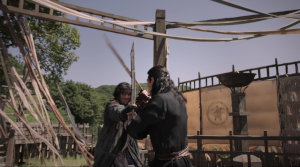 The daughter acts as a counterbalance who makes Tae-yool somebody we can actually sympathize with. In fact, he is like the Kenshin mentioned above, except that he doesn't care if he becomes his former alter ego again and sheds some blood. And there's actually a lot of bloodshed. The images, sets and costumes are extremely well-done, but most Korean productions don't cheap out on these aspects. In terms of its narrative structure, however, the movie falls short, as it sometimes clumsily tries to hide the fact that we basically get a plot we have already seen countless times. All in all, the movie might have done better without some of the embellishments and by just focusing on the action. Because in this respect "The Swordsman" is beyond reproach.