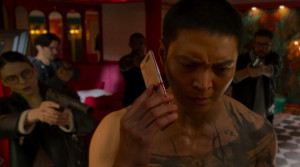 Story: Carter (Joo Won) wakes up in a hotel room while several CIA agents come rushing through the door. He doesn't remember anything, not even his own name. But he hears a voice in his ear that tells him exactly what to do. Apparently, a bud was implanted into his ear and there is also some surgical scar on the back of his head. The CIA showed up at the hotel because Carter allegedly sent them a video saying that he holds Doctor Jeong Byeong-ho (Jung Jae-young) captive. At the moment, everyone is looking for the doctor, as he is able to develop a cure to a disease that turns people into animals with no will of their own but with a high potential for aggression, until the sick person eventually dies. The doctor managed to cure his daughter Ha-na (Kim Bo-min), and with her antibodies it would finally be possible to create a cure. North and South Korea are working together in order to defeat the virus, and apparently Carter has a daughter who is sick too, which is why he is supposed to find Ha-na and safely bring her to South Korea. However, the US has something against it, and there is also a coup planned in North Korea, which is why it is not clear whether the cooperation between North and South will last long. But now Carter has his hands full trying to avoid the CIA and finding Ha-na. Even though he doesn't trust the voice in his ear, he has no choice but to join the game. But Carter's path is paved with corpses... 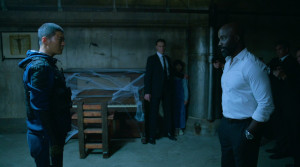 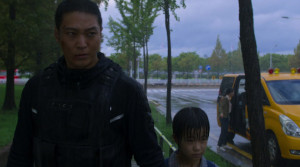 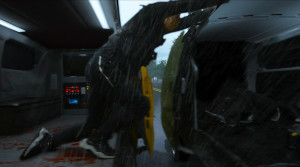 Review: When was the last time a movie managed to both impress and disappoint me so much? I certainly can't remember, but the fact still remains that this Netflix flick is incredibly ambitious, and you simply got to have enormous respect for the dedication to the medium by the people involved in making this movie. They decided to commit completely to one idea which they saw through until the very end: to put an adrenaline-driven action spectacle on screen, in which the real stars are the dizzying tracking shots, which are supposed to give you the impression that the movie was shot as a single continuous action scene. Among other things, this kind of experiment and entertainment represents the heart of cinema. Sadly, there are some cardinal errors too, though, which quickly makes you forget your first good impression. Because "Carter" is not only totally crazy in a positive sense, its story is also extremely ridiculous, as it hardly manages to keep your interest for more than an hour. 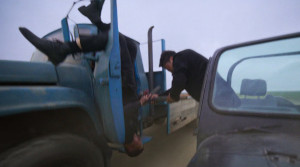 Anyone who saw the movie's trailer will probably have been surprised by the dynamic camera work, which looks exceptionally elaborate and almost makes the events fly by. But the thing is: The entire movie was actually shot like that! The camera is constantly moving, so you sometimes assume that not just some scenes, but all of them were filmed using drones. The sequences are linked by cuts which are mostly skilfully hidden, but some of them are quite obvious, even though they were touched up using computer effects. However, this actually never destroys the illusion of the events all taking place in real time, but that also means that we never really get a breather. Despite some noticeable cuts, all you can do is marvel at how much planning and repetition must have been necessary to shoot some of the really long scenes. 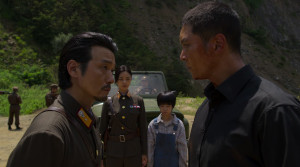 For "Carter" director Jung Byung-gil, who already took some convincing steps into the action genre with "The Villainess", but provided his best movie so far with the thriller "Confession of Murder", by no means chose an easy way. Again and again, there are interesting shots, either filmed from the air, or the camera moves under or into cars, then back outside, and all of this in just one visible take. Sometimes it seems as if the scenes are shown to us in a higher speed than they were initially shot in, which makes the picture more shaky than necessary, but the pacing this creates is enormous, and the action itself is extremely brutal, which is made clear to us right from the beginning with the opening sequence. The blood splattering, or the wounds inflicted here, mainly must have been created on the computer, but it almost never looks like it. The special effects are very well-done when it comes to the helicopters, cars, or motorcycles, and explosions too, because they use a mixture of traditional and computer-based effects. The budget, and how effectively it was used, is just impressive. 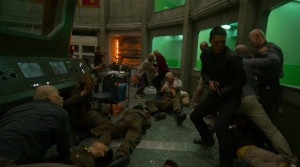 All this sounds brilliant and should totally convince genre fans. Nevertheless, "Carter" overlooked one important thing. Even though the pacing is constantly high (not to say extremely high), the important word here is "constantly". Because there is no change in pace, this also creates a certain monotony. There is no variety, everything just flashes by, and unfortunately, also repeats itself. Great ideas, such as the fight with people jumping back and forth between a van and other vehicles driving left and right of it, simply get rehashed for the finale, this time using a train instead, and when an army of bikers chases after our hero for the second time, you will probably get bored too. The flick most likely also sets a new record in the number of enemies the protagonist eliminates. Over time, it simply gets dull, and at a certain point, the action even becomes exhausting. Towards the finale, you actually only wish for the end credits to roll. With its running time of 135 minutes, "Carter" is simply at least 45 minutes too long. 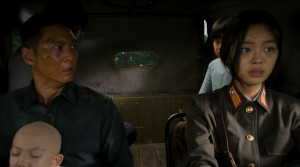 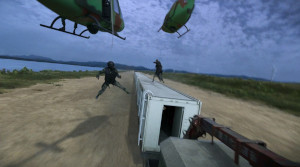 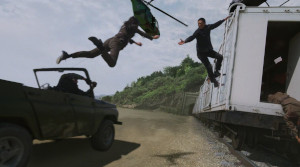 Other major points of criticism, which shouldn't come as a surprise, are the story and the lack of character development. There's a little bit of secret service skirmishes, amnesia, political tension, and a zombie virus (because even though it's not the movie's focus at all, "Carter" could also be called a zombie flick). In addition, the part in North Korea seems too detached from the rest, and even though we learn a little bit more about the characters later on, it's only the style of how the movie transitions into the flashback that is once more extraordinarily innovative, but if you are looking for substance, you will have to look elsewhere. You get the feeling that a talented director was given a huge budget to bring the ideas of a hobby screenwriter to the screen. Over time, everything becomes enormously stupid, and things hardly fit together, but fortunately, you never have any time to think about it anyway. In the end, I just can't recommend "Carter", even though, when it comes to style, there are so many things that deserve praise, and you just have to appreciate that the staff and main actor Joo Won ("Fatal Intuition") have put a lot of blood, sweat and tears into the flick. But "Carter" shows once again that there is more to a good movie than just great action and innovative ideas. If the director had spread out the action scenes over five movies and created a stronger basis for them, this could have been something big.