The Fable - The Killer Who Doesn't Kill 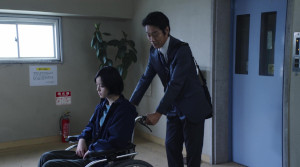 Story: Until recently, Akira Sato (Junichi Okada) was the legendary contract killer Fable. Now he has to lead a normal life along with his assistant Yoko (Fumino Kimura), and he is not allowed to kill anyone for the time being. That's a direct order from his boss. But when he walks through a park, Sato meets the girl Hinako (Yurina Hirate), who is confined to a wheelchair. Sato remembers the girl. During one of his assignments five years ago, there was an accident in which Hinako got injured. What the ex-killer does not know: The girl lives with the gangster Utsubo (Shinichi Tsutsumi), who, even though he no longer runs a prostitution ring, still does illegal business, but acts as a Samaritan in public who cares about children's safety. Utsubo's right-hand man Suzuki (Masanobu Ando) is a professional killer as well, and when he confronts Sato about observing Hinako in the park, he quickly realizes which profession Sato pursues. When for his job Sato has to deliver some flyers to Utsubo of all people, he realizes that Utsubo used to be one of his targets, but the contract had been cancelled shortly before it could be executed. Utsubo, on the other hand, has been looking for Fable for years as he wants to revenge his brother's death, and soon he also realizes that fate must have brought the ex-killer to him... 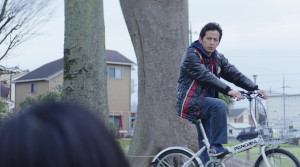 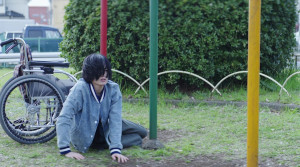 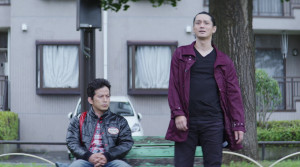 Review: Unfortunately, it does not happen all too often that a sequel manages to eradicate the mistakes of its predecessor and could therefore be described as utterly successful. "The Fable" had its moments and offered some great action, its slapstick humor, however, pulled the movie's quality down. The sequel looks like the director took a closer look at every point of criticism and just did a better job this time. That's why, the second installment of this action comedy is entirely recommendable. The biggest improvement is probably that the somewhat awkward humor is cut down. There are only a few instants left when it still surfaces, but those moments occasionally even hit the mark. In addition, the story simply feels a bit more personal. Strictly speaking, you get a lot of drama and the characters are much better written this time. 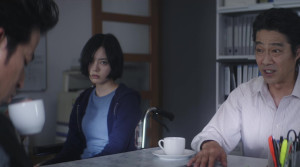 Unlike in the first movie, Misaki is not the main focus this time. In fact, she even more or less only has a guest appearance. So, anyone who believed that a romance between her and Sato could have been possible in the sequel will be disappointed. But if you're honest, there's no way that could have worked anyway. In most situations, Sato is simply too unworldly, and with Hinako the story gets a completely different touch, as she is also not part of the "normal world". She sits in a wheelchair and her self-pity and pride do not allow her to open up to other people. Of course, in a weird way, Sato manages to make Hinako come out of her shell, as the girl realizes what a strange guy the ex-killer actually is. He tries not to attract any attention and to somehow seem normal, but then he constantly manages to put his foot in his mouth while having a deadpan expression on his face. 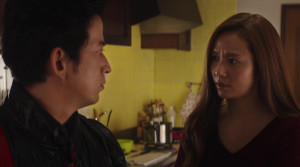 Hinako, played by Yurina Hirate ("Hibiki"), also brings a certain amount of drama to the movie, and sometimes the story even becomes extremely dark. That is because the girl in the wheelchair is also a victim of abuse, but maybe she is not really aware of it, or she just endures it out of gratitude. You could criticize the fact that serious topics are mixed with comedy here, as that might not work for everyone. However, you could also counter that the sequel takes itself a lot more seriously than its predecessor, and the contrast between funny moments and drama is not so extreme that it would irritate you. This time, director Kan Eguchi shows a more delicate hand in adapting the manga original, and this is also reflected in the characters, who seem much more interesting and complex. This even includes Utsubo, played by Shinichi Tsutsumi ("Why Don't You Play in Hell"), since he is a disgusting villain but also someone who, from time to time, shows that there's still a heart beating somewhere in his chest. 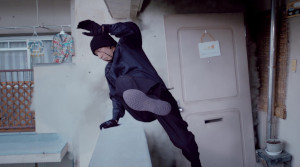 The story itself seems a little less "epic" than in the first installment, but it is also more compact and intense. Even though there are too many coincidences that bring everything together, the developments still remain gripping, which, as mentioned before, is also due to the characters who function as a driving force. As the story focuses more on human themes such as remorse, responsibility and hope, you quickly feel drawn into the story. Still, the first movie mainly stood out from similar flicks because of its action. Watching Fable/Sato compete against an entire army was undeniably the movie's highlight, but how is the sequel supposed to keep up with that when the movie actually works within a much smaller framework? The answer is quite simple: Utsubo concocts a plan for which he unceremoniously hires an entire army of villains. Does that fit into the rest of the movie? Not really, but it's still fun to watch, and director Kan Eguchi was somehow obliged to include another breath-taking action sequence anyway. 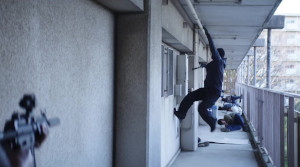 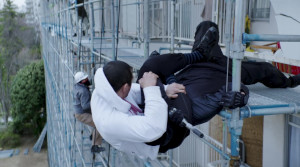 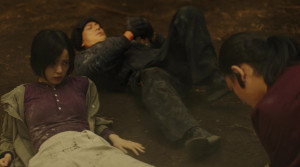 Even though Sato is not allowed to kill anyone, the action is really impressive. It is original (the settings include an apartment building and a scaffolding), fast and well-choreographed. Interestingly enough, the action highlight is not the movie's finale, as the latter is a bit quieter, yet not lacking suspense, and so the movie finds its way back to the story's foundation. The fact that you are not disappointed about not getting to see another action spectacle in the last few minutes proves once again that "The Fable 2" knows where its priorities lie and that the director knows how to put them on screen. Sometimes, the movie can be surprisingly violent and dark, or dramatic in terms of the topics it deals with, but it is also entertaining and sometimes even funny. A mixture that works quite well this time. The movie's main focus lies more on its characters, and that gives the "Fable"-franchise more substance and depth. A well-done sequel.