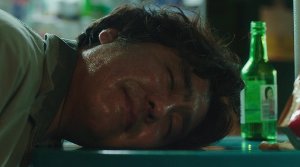 Story: Roo-mi (Shim Eun-kyung) is famous for her grilled chicken and even was on TV thanks to it. However, she is supposed to give up her shop since she and the residents of the neighborhood have to clear their houses for urban redevelopment without being compensated adequately. The building company hires a few gangsters who are tasked with clearing the neighborhood. Unfortunately, Roo-mi's mother loses her life in a scuffle. Roo-mi informs her father, who left them many years ago, about his ex-wife's death. Her father Seok-heon (Ryu Seung-ryong) is shocked by the news and after years finally visits his daughter again. There are other problems for him to deal with, too, though. After he drank from a contaminated spring he has psychokinetic abilities which he can't fully control, yet. Seok-heon witnesses with his own two eyes how gangsters violently try to force the residents of the neighborhood out of their houses. But then he uses his abilities and becomes the new shimmer of light for the residents. After all, lawyer Kim (Park Jung-min) may try his best to avoid the eviction on a legal level, but political interests and corruption stand as insurmountable obstacles. Can Seok-heon reestablish a bond to his daughter, though? 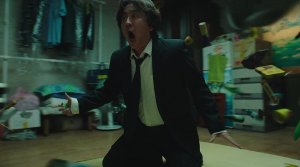 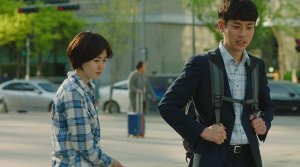 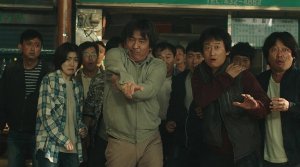 Review: Why wasn't "Psychokinesis" more successful at the box office, even though it is from Yeon Sang-ho, the director of "Train to Busan", the movie constantly praised as a small, overlooked masterpiece? The answer to that might actually be that his newest work struggles with a few narrative problems and accordingly can't reach the level of success that appearantly would have been possible with the ingredients at hand. In the end, the focus should have been more on the development of the father/daughter relationship, because there may be some attempts to do something with it, but things don't really go anywhere, and the female villain certainly should have been given more screen time. Because although this might not be a superhero movie in the traditional sense - and that's a good thing - the movie simply lacks something without a villain that is clearly to be made out. 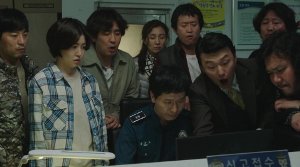 Who director Yeon wants to depict as an antagonist is pretty obvious: big construction companies, which redevelop whole city blocks without any regard to its residents, and the police being hired as henchmen alongside gangsters. That the movie is also about corruption is self-evident and so "Psychokinesis" is also politically motivated. The only problem is that the subject could have been dealt with in a more subtle manner. The fire breaking out later on in the movie is a clear reference to the Yongsan disaster of 2009 which cost the lives of five occupants and a policeman during a violent eviction. The motivation behind this movie might be laudable, but the realization leaves a bit to be desired. Particularly, since the subject isn't really that new and constantly stands in the spotlight of movies like "Gangnam Blues" or is tackled along the way, like in "I Can Speak". 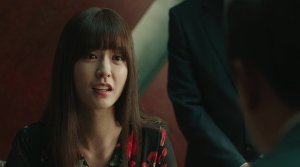 What's nice though, is that Yeon doesn't take his movie all too serious. He approaches the subject with a good amount of black humor and this also stands as the picture's biggest strength. Seok-heon is no superhero, he simply wants to earn some money in order to survive and take responsibility for his daughter. Why he left her in the past is only touched upon, but it's quite understandable and this allows us to sympathize with him, even though he may be a loser. Ryu Seung-ryong ("The Piper") carries the comedic scenes pretty well, making a grimace or contorting his body every now and then in order to control his powers. Apart from that he is also an outstanding actor, but he can only prove that in "Psychokinesis" during a few small scenes. The characters all in all would have deserved being more fleshed out. Especially since the plot's core is the reconciliation of father and daughter. 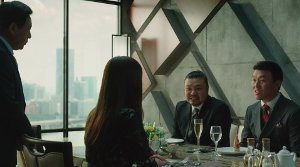 As the daughter Shim Eun-kyung ("Fabricated City") delivers only an ok performance. Despite there being a few touching moments the protagonists lack some real life, which make mainly the pictures being responsible for touching your heart. It has also been a very odd decision to feature a rather short appearance of a female villain next to the leader of the gangsters. But Jung Yu-mi ("Silenced") delivers an excellent performance as the cold-blooded businesswoman, who with her extroverted appearance and constanly being in a good mood unites two extremes terrificly and thus creates the kind of madness and appeal on screen a villain is in strong need of. So why not put her more into the foreground? With its mere 100 minutes running time the movie turns out to be rather short and so there easily would have been enough room for her as well as for shedding some more light on the relationship between the protagonists. 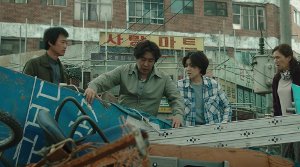 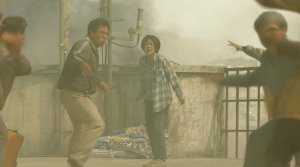 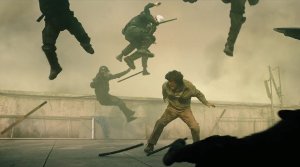 In respect to its superhero elements the flick is pretty much grounded in reality and only towards the end the father's abilities reach an epic scale. Of course that is when his daughter is in danger. There are no real suprises here. And that's just the problem. Somehow, the screenplay lacks true originality and sometimes even doesn't go anywhere. Most of the time the good humor makes up for this, but the moment the credits roll you realize that you won't remember this movie for long. The special effects are mostly really something to look at, but in other parts it's easy to spot that it's CGI we see. Ultimately, the story lacks where it actually wanted to excell: the relationship between father and daughter. Instead, the director gets lost in socio-critical scenes one time too many. Nonetheless, thanks to its humor this is still an entertaining movie.