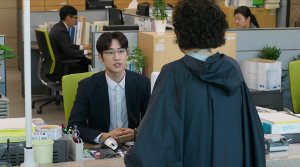 Story: Ok-boon (Na Moon-hee) is very notorious and feared in her neighborhood. She writes down any form of misdemeanor right away and reports it at the district office. Completely rule-oriented Park Min-jae (Lee Je-hoon) has just started working there. His colleagues pity him since he now has to deal with Ok-boon, who is coming there for twenty years already. But Min-jae has no problem doing his job. In Ok-boon's neighborhood there is some redevelopment being undertaken by the new owner, which Ok-boon is strongly resisting, and the civil servant finds a solution to make his superiors as well as the old lady happy for now. Min-jae is also taking care of his brother who still attends school. Thus, there is only little time for him to prepare for an important exam he needs to take for climbing the social ladder. Furthermore, Ok-boon runs into him at a language school for English by accident, where she finds out that he speaks English fluently. She wants him to teach her since she wants to talk with her brother who she has been seperated from as a child and who now lives in the US. Min-jae doesn't have time for this, though. However, when he finds out that she cooks for his brother whom she met by chance, he reconsiders. 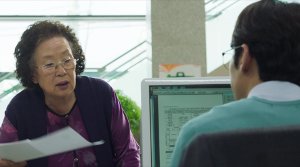 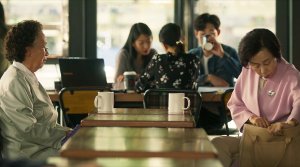 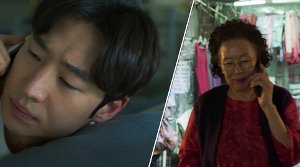 Review: There are some filmmakers who believe they just need to chose a subject that has to resonate with audiences and/or appeal to their national pride and critics will be at their feet. Or at least audiences. "I Can Speak" has achieved both since the flick won quite a few awards. That's not justified at all, though. What at first starts as a nice comedy about two interesting characters who eventually bond through an unusual friendship or mother/son-relationship completely strays off course of what we could have imagined which direction things might go into. All because of an unexpected twist. And I'm not talking about the typical shift to a melodrama from the second half onward which is mandatory for Korean comedies, although this is the case, too. It's rather that "I Can Speak" suddenly wants to tell a completely different story. 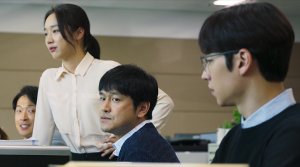 First, let's stick to what's working, though. Nah Moon-hee ("Miss Granny") plays the grandmother, who has nothing else to do but to enforce law and order in her district. Nah actually sails around clichés and makes her role not come across as the nagging old battle-axe who you can't sympathize with. Particularly her wish to learn English makes her more accessible for the viewer. And Ok-boon doesn't simply clash with the civil servant Min-jae, being at each other's throats at all times, since he is a representative of the city which the lady is fighting. Min-jae has his own plans for the future, a younger brother he is taking care of and a not so splendid past. Lee Je-hoon ("My Paparotti") embodies the civil servant with the necessary nuances, doing his part as well for the chemistry between the two to work out. 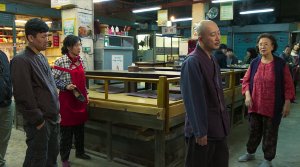 The story is at times progressing rather slowly and you wonder if there actually is something special here except Ok-boon's wish to speak with her brother. But it ultimately would have been better if the movie had in fact remained minimalistic. The bond that connects the two individuals standing in the story's focus gets stronger since it is supported by some well-written comedic moments which don't just work with the English that first seems to stand in the plot's center. It's a good thing that "I Can Speak" is more than your standard comedy where you already believe to know ingredients like granny who wants to learn English from a young civil servant could lead to. In fact, there are no seriously awkward moments regarding the English language, maybe except for a few very small hiccups. 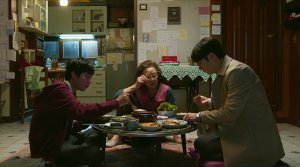 This all sounds very promising, but just when the movie appears to be a little bit too long, there is a big revelation which steers the movie into a completely different direction. From here on out there are spoilers. So, all those who want to be surprised in a negative way like I was should continue with the next paragraph. "I Can Speak" actually revolves around comfort women and Ok-boon is in fact one of them. To be precise, she is activist Lee Yong-soo, as we are shown later on when the credits roll. The journey leads us to America, things get tragical, teary and most importantly manipulative! There is simply a lack of nuances, which a story of this caliber would have deserved in respect to how it needs to be fleshed out. Instead, the film took its time for completely different things prior to that. And we get cartoonishly evil Japanese and the Americans aren't really convincing either. The director simply expects us to give the movie a thumbs up for the injustice depicted, which is based on real events, and the subject matter itself. 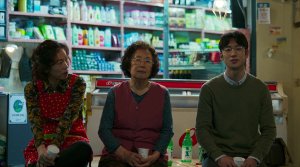 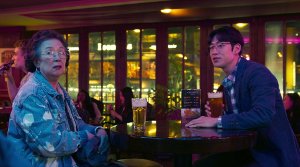 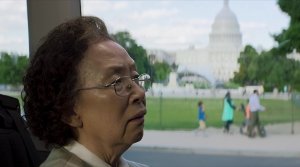 You actually start to wonder if this is really the same movie as in the first 75 minutes. The two leads also appear a bit lost in their roles after that. And things don't get full circle, eventually, which could have made everything a well-achieved whole. Director Kim Hyun-seok has already proven that he knows his craft with movies like "Cyrano Agency", but then there is also "11 AM" which showed that he doesn't always hit the mark. "I Can Speak" is ultimately a frustrating experience. The first 75 minutes are a neat comedy, the rest is a drama revolving around a completely different subject, which approaches the topic in a too manipulative manner and misses the mark. Accordingly, it's difficult to give a recommendation. And if you would just watch the first half, you might be better off, but would miss some sort of resolution...