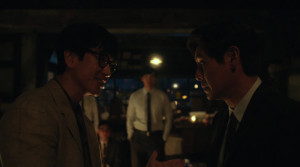 Story: Seo Chang-dae (Lee Sun-kyun) is a pharmacist, but he actually wants to go into politics. The only problem is that he fled from North Korea and would therefore quickly be labeled as a communist. Kim Woon-beom (Sul Kyung-gu) is also insulted as a communist, even though he just wants to convince people with his idealistic speeches that it is time to end the country's de facto dictatorship in the next elections. But the Democrats barely have a chance of coming to power, as the Republicans have more to offer in the election campaign than their opponents, including gifts and big promises. Chang-dae also wants to change the country, but he realizes that Kim Woon-beom is an idealist and will never come to power with his way of campaigning. After a great deal of persuasion, Chang-dae is finally allowed to join the campaign team. However, he thinks that the ends justify the means. Not only does he dig up dirt on the Republicans, but he also forges some of it, which is something that Kim Woon-beom does not like at all. But soon this strategy shows some results. The politicians support continues to get stronger, so that even the president becomes aware of him and has to help the election campaign of his local candidate. Eventually, Chang-dae also has to make sure that Kim Woon-beom does not get the short end of the stick in the party's internal power struggle. The efforts seem to pay off, though... 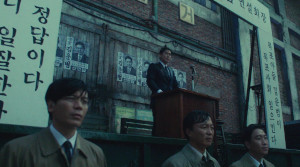 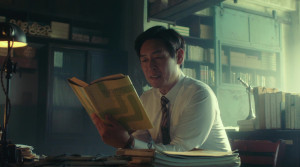 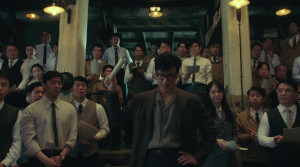 Review: As expected, things get quite political in the "Kingmaker", but generally not as much as it could have. Thats because the focus is on the relationship between the presidential candidate and his advisor, who always has to stay in the shadow. The interesting thing is how the movie plays with light and shadow (the latter also being Chang-daes nickname), or more specifically, with the moral values the two protagonists symbolize. Woon-beom is an idealist who would probably never come to power on his own, as he doesnt have an edge and also lacks the ability to get his hands dirty once in a while. Chang-dae, on the other hand, is extremely clever and convinced that the ends justify the means. This fascinating interaction of two moral poles is the movies main appeal. Because the more you deal with politics, the clearer it gets that it is not necessarily the politicians with the better ideas who come to power, but the ones who do better at manipulating people. 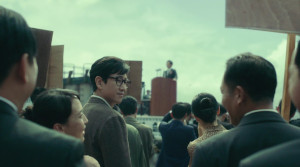 Right from the start, we can see how easy it is to influence the people. A few gifts and an enemy stereotype represented by the communists is enough to unite everyone under one flag. So, lets just put communists in the opposition again, as the common people are too stupid anyway and will choose a black-and-white thinking. How topical this is even in todays society gets obvious when you take a look at the USA with their Democrats and Republicans. However, "Kingmaker" takes place in the 60s and 70s and portrays real personalities but without naming them or making the actors look more similar to them by using make-up or anything. Woon-beom is actually playing Kim Dae-jung, who was later sentenced to death, then lived in exile in the US, and many years later, when he was president, he became the only Korean to receive the Nobel Peace Prize with his sunshine policy (the peaceful reapproachment towards North Korea). None of this is covered in "Kingmaker," but it should give you a good impression of the fact that the real "good guys" always get the short straw. 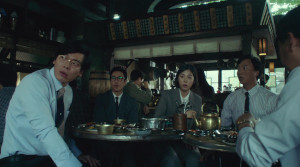 The beginnings and Kim Dae-jungs/Woon-beom's first run as a presidential candidate are the basis for the plot, but as already mentioned before, "Kingmaker" is more of a character drama. Sol Kyung-gu ("Yaksha") plays the light in the relationship and director Byun Sung-Hyun ("The Merciless") actually even works stylistically with lighting. While Woon-beom always stands in the spotlight, Chang-dae (based on the real person Um Chang-rok) constantly has to stay in the shadow of the stage and enjoys his successes quietly. Of course, at some point this causes great dissatisfaction and some friction. The two men need each other as a balance, and it is particularly interesting to watch Woon-beom struggle with his conscience each time his advisor proposes a rather questionable approach again. And so, as expected, the relationship eventually changes dramatically, and with its further developments, the political thriller manages to create a lot of suspense, especially towards the end. 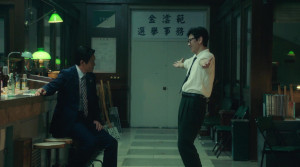 Lee Sun-kyun ("Parasite") portrays the advisor, and with that he probably gives the most sophisticated performance of his career so far. Particularly during a crisis talk between Woon-beom and the advisor, you notice the very fine nuances in the actors faces, which allows you to take a glance behind what was said and gives you the chance to get a clearer picture of the men and their relationship. In addition, Chang-dae is an extremely tragic figure. He is the anti-hero and someone the people need even if they dont know it. He wants the best for the country and its people, but he is convinced that the people are immature and just blindly following the person who cuts a better figure on the stage and who has simple slogans. As he mentions at one point, those exact people are the reason why the country is still in a dictatorship. Therefore, he uses the governments tools and tactics against it. 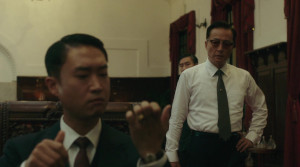 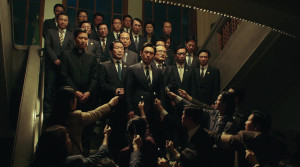 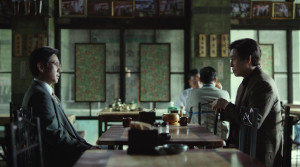 The storys antihero is not someone you can easily like, but you can understand where his thinking is coming from. Since Woon-beom is anything but stupid and is by no means as naïve as it might seem at first, he also knows how valuable his advisor is. But how far is he willing to go in order to win the election? The moral dilemma runs through the entire movie and keeps up the storys level of suspense, even when there is basically a clear victory during the regional and internal elections, but of course, with the obligatory obstacles in the way. But "Kingmaker" is mainly about two human beings, and thats why disappointment and disillusionment play a big role here. Dividing the people and setting them against each other is something that both the ruling power and Chang-dae are capable of. This leaves a bitter taste, and theres another gut punch for you when you know how things would eventually turn out for Woon-beom aka Kim Dae-jung. "Kingmaker" is a complex political thriller with a strong human foundation, which I can therefore clearly recommend.