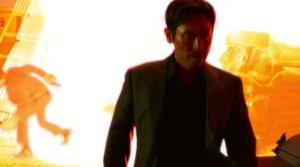 Story: Han Ji-hoon (Park Hae-soo) is a district attorney and wants to put the head of a company in prison for committing stock fraud on a large scale. However, because of a procedural error during the investigation, the case is put to rest. As punishment, Han is put on a job during which he is basically not doing anything all day long, until people are looking for someone to travel to Shenyang in China in order to find out why there have been false reports about what's going on there for months. Ji Kang-in (Sol Kyung-gu), whom his enemies also reverently call Yaksha, leads a unit of spies there, but what it exactly is they do still remains a secret. Han lands in China and wants to get to the bottom of things. At first, he is not welcomed with open arms at all. Additionally, he realizes that Kang-in would stop at nothing to achieve his goals. Eventually, he is informed about the fact that an important person, who manages a huge sum of money for North Korea, actually wanted to change sides and go to South Korea but was then suddenly kidnapped. Shenyang is full of spies, both from North and South Korea, as well as from Russia and Japan. Yaksha runs into an old rival from Japan, and over time, it turns out that it's not just money the spies of the different countries are after. There is also a list of names that under no circumstances should fall into the wrong hands. 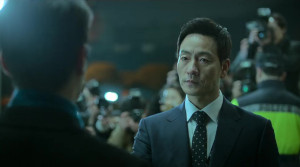 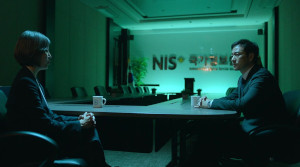 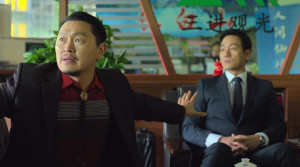 Review: "Yaksha" seems to be exactly the kind of action-packed spy thriller that lets you just sit back and have some fun. At least, that's what the well-done opening sequence suggests. In addition, Shenyang is an interesting choice as a setting, it's a city close to the two Koreas, but also to Japan and Russia. You can therefore expect spies on every corner. But "Yaksha" is not the kind of spy movie in which you can expect complicated entanglements and well-planned extractions of information or anything like that, even if the director has a try at such scenes a few times. Instead, the movie tries to continuously deliver action including a good amount of adrenaline. But the problem is that, you are left quite disappointed in the end. Not only has the story been told in this or a similar way a thousand times before, the execution is also quite bumpy. 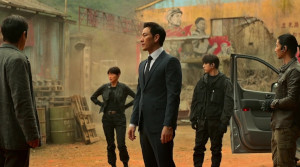 The first third of the movie, when the characters are getting to know each other and we are not yet sure whether or not Yaksha is a double agent, is still pretty gripping. The attorney suddenly finds himself in a world in which he either has to quickly find his bearings or bite the dust. It turns out that he is not as incompetent in this violent-dominated world as it seemed at first. He even had some training in close combat and his confrontations with Yaksha have a certain kind of appeal too. A love-hate relationship develops between the two, which can sometimes lead to a bloody nose. Most viewers will probably know Park Hae-soo from "Squid Game", Sol Kyung-gu ("Memoir of a Murderer"), on the other hand, is a veteran actor, but luckily, he is not yet at the age of a Liam Neeson, and therefore still manages to convince during action scenes without cheating with a thousand cuts. From time to time, there is a nice chemistry flaring up between the two actors, but sadly this potential remains largely untapped. 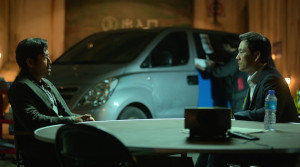 As is typical for genre movies of this kind, Yaksha is initially portrayed as a cold-blooded person so that the viewer stays in the dark about whether he is one of the good guys or not - even though there is never really any doubt about it -, only to then portray him much too graciously towards the end. In terms of character development, some things simply do not fit together here. But the story also has some bumpy elements. Of course, some of them are intended, but certain twists or betrayals by people within the own ranks are presented in such a genre-typical way that they cannot really arouse enthusiasm. In addition, there are some decisions that only make sense for the script's sake, such as the fact that one of the traitors only manages to give our hero a graze, even though he is merely a few meters away and has his back to the shooter. Other scenes, such as always surviving a fall from a great height without any problems, can be chalked up to the action movie genre, so you are eager to overlook those. 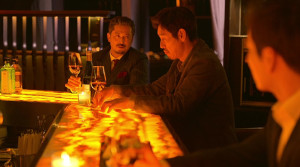 Of course, it's also characteristic for the action genre that our team easily manages to shoot at and hit special force units or villains whilst running, even though their enemies are taking cover, whereas they themselves do not get a single scratch in a blaze of gunfire. But if you were looking forward to beautifully choreographed action, you will be disappointed, as it often turns out rather unimaginative. What's impressive, though, are the numerous explosions and the fires breaking out, especially towards the end, because the movie almost always decides against CGI, and using real explosions gives the action that certain something after all. While this is clearly the movie's highlight, the finale, however, stands out negatively due to its rather raggedly written script and its stereotypical villain. Before, the beautiful sets and the decent directing job managed to conceal all that. And yet, there is also something to criticize on a technical level, as the editing is not always looking good, and the cuts from one scene to the next can be somewhat disorienting. 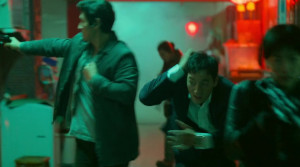 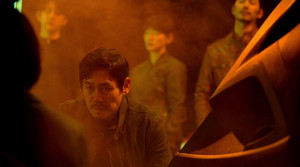 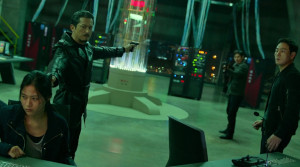 Shenyang as a setting, along with the different languages between which the protagonists switch (especially Sol Kyung-gu can show his expertise here), manage to create a certain international flair that spy thrillers need. Director Nah Hyeon ("The Prison") also knows how to create an interesting atmosphere with his images. Nevertheless, the story is not well-told and doesn't offer anything new either. Moreover, the suspense drops over the course of the movie, and we only get genre-typical developments and action towards the end. The epilogue then also paves the way for a sequel, even though you have to ask yourself why the attorney would once more willingly put himself into such a life-threatening situation, as he is certainly not an adrenaline junkie. All this leaves a bitter taste and turns "Yaksha" into a disappointing action thriller that looked more promising, at least at the beginning.