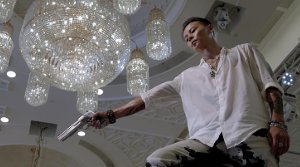 Story: Officer Kowloon (Max Zhang) didn't take law and order all that serious during his undercover operation and because he shot a gangster's hand off, he is transferred to a small town for disciplinary reasons. Soon, a series of murders starts to occur in this town. The victims are policewomen and the police want to set a trap for the serial killer. However, the operation goes wrong, Kowloon's fiancé (Stephy Tang) gets kidnapped and he himself gets shot. As punishment for the failed operation Kowloon is discharged. One year later, another series of murders of female officers takes place in Macau. Kowloon secretly works on the case hoping that he might eventually find his girlfriend still alive, and Tso Chi-dak (Kevin Cheng), who is in charge of the case in Macau, is anything but pleased about this. Especially, because the ex-cop seems to be able to find out more about the case than the police themselves. The ex-cop believes the yoga teacher Lady (Juju Chan) is somehow involved in the case as the last victim visited her yoga class. During his investigation, Kowloon also comes across an old acquaintance: Alexander Sinclair (Anderson Silva). He owns the studio and had a boxing match against Kowloon one year ago which he lost and now he wants a rematch. But this has to wait until Kowloon manages to convict Lady. It turns out, though, that she is Sinclair's wife. While the ex-cop comes closer to finding out the truth, he also has to battle his own inner demons. He believes that he is protected by a nine-headed dragon... 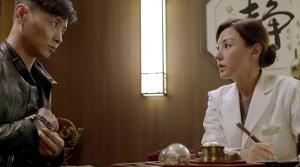 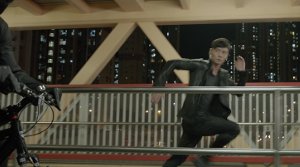 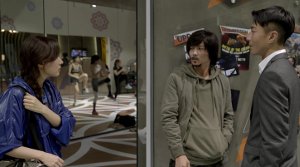 Review: "Invincible Dragon" is one of those movies where you have to ask yourself what exactly just happened. So much so, that the flick could actually turn into a cult movie, even if it is for all the wrong reasons. Or at least, it is a movie which you could enjoy watching in good company while having a few beers. In short: It's not what you would call a good movie. There is a sheer endless list of problems. But let's start with the fact that you think you are watching a gritty Hong Kong flick - the bloody introduction leaves no doubt about that -, however, there are constantly moments that make you ask yourself whether you might actually be watching some kind of comedy. Until we realize: the script is just awful and so are the dialogues. While this makes for entertainingly infantile dialogue during the fight scenes ("You'll die!" - "No, you'll die!), it gives the rest of the movie an unintentionally funny touch. In addition, there are numerous awkward scenes. For instance, Kowloon being suspended just because he got himself shot! 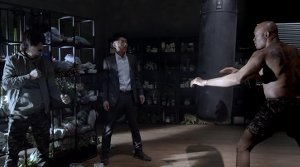 Actually, it is a pretty rewarding task to write about a movie like "Invincible Dragon". There is something liberating and destructive to tearing such a bad movie apart. And for your own peace of mind, it is even necessary to do so, otherwise the 100 minutes of running time you spent in front of the screen would just have been a complete waste of time. Admittedly, it would be a lie to say that this action flick is no fun at all. But the biggest problem next to the incoherent tone is the aforementioned horrible script. The movie's story development is sometimes unnecessarily convoluted and why some people come to a specific conclusion remains a mystery as well. The editing carries all this to extremes: Some scenes are strung together so randomly that it takes you some time to find your bearings, and as soon as you think you know what you are dealing with, you get another scene which evidently has nothing to do with the previous one. This is what frustrates the most about the movie and what makes it crash and burn. 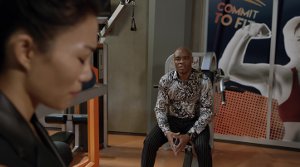 If you take a closer look at the movie's development, some things get more clear. Director Fruit Chan ("The Midnight After") had to rewrite his movie several times and reshoots had to be done too. The fact that some scenes had to be redone, would explain that things do not look all that smooth, but in this case, you get the impression that they had a pile of scene fragments and tried to make them work somehow by just sticking them together. The result being weird scenes like Kowloon sitting in a train and seeing his wife outside, while flashbacks and a song try to create some kind of dramatic atmosphere. Then there is a new love interest in form of a doctor with whom Kowloon starts to goof around right after she told him that she had to amputate both breasts because of cancer, and she even shows him the result. This inappropriate change in tone continuous throughout the entire movie. 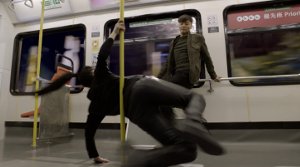 The finale is equally strange. The showdown is nice to watch, but it is so over the top that the actors have to portray it with such a level of rage that it can absolutely not be taken seriously. This could have been one of those moments during which you could actually enjoy yourself, but then a nine-headed dragon turns up and ... not that important. Because even if you see it, you won't understand it. In general, it is completely unclear what kind of psychological disease haunts the hero. And why is there a narrator who enlightens us about the events as if they would make sense in a bigger picture later on? Actor Max Zhang ("Master Z") deserves better, as it is only a matter of time until he gets his big breakthrough. Surprisingly, there are also some dramatic moments during which he can show off his acting skills pretty convincingly. 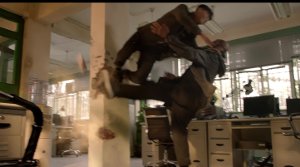 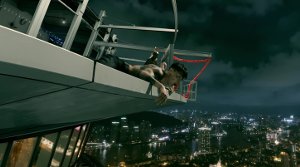 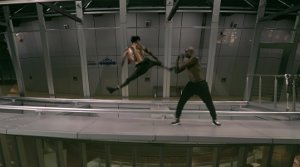 But then the script with its dialogues gets in his way and it gets awkward. When it comes to Anderson Silva, a former UFC champion, you don't expect great acting skills in the first place, but he knows how to convince during fight scenes and that's a good thing. And of course, so does Max Zhang. Juju Chan ("Crouching Tiger, Hidden Dragon: Sword of Destiny) also deserves a little bit more attention in the film industry because her action scenes are brilliant and her fight against Kowloon in a derailing and overturning train is one of the movie's highlights. But her dialogues, especially with Silva, are just cringeworthy. Even a brilliant actor couldn't have saved those scenes. Is there anything else positive about the movie apart from the fighting sequences which have a whole lot of energy and impact? Maybe some interesting camera shots. But all this gets lost in a badly written script, in which the characters are only sketched out and the dialogue might as well be written by a child, and bad editing, which gives you the impression that the director didn't even try to make a reasonable movie out of "Invincible Dragon".