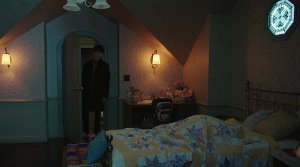 Story: Seo-jin (Kim Moo-yul) is an architect who considers his work the most important thing in his life. Therefore, he has often neglected his wife and child. But then, half a year ago, his wife was run over by a car right in front of his eyes. The perpetrator was never found, but Seo-jin does not give up. However, that is not the only person he is looking for. As a young boy, he lost sight of his sister in an amusement park and since then she has vanished off the face of earth. After the death of his wife, Seo-jin goes into therapy and lets himself be hypnotized in order to possibly dig up a hidden memory of the driver who killed his wife or any other clue. During the hypnosis, he also remembers the day his sister disappeared. Shortly afterwards, he gets a call that his sister has been found after all these years. Yoo-jin (Song Ji-hyo) had grown up with her foster parents without knowing that she was actually adopted. It was only after the death of her foster parents that she learnt of it. She soon moves into the house that Seo-jin had built for his parents. He himself also lives there with his daughter Ye-na (Park Min-ha). It seems as if after all these years, the family has finally been reunited. But despite a positive DNA test, Seo-jin still does not believe that the woman is really his sister. The rest of the family immediately takes her into their hearts, while he thinks that there is something weird about her. Then, bit by bit, other people appear in the house, because Yoo-jin hired them as domestic help. And his parents start to behave strangely too... 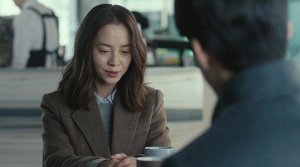 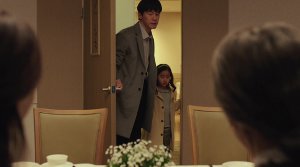 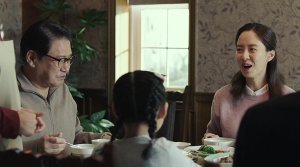 Review: There are movies that are extremely good at raising the level of suspense to the highest point possible and then they actually try to stay up there. However, the story then mostly becomes more and more implausible and ridiculous, so that, at some point, you simply lose interest in what is happening. And the level of suspense is, at best, kept up artificially. A movie like this is not really gripping anymore. "Intruder" falls exactly into the category of those kinds of mystery thrillers. Those viewers who do not simply have to facepalm all the time, most likely believe everything else in life too. Coincidences are indeed an acceptable stylistic means to an end, but only if they are used scarcely, or if, in the appropriate genre, the moviemakers poke fun at them themselves. But if these coincidences are the driving force behind the script, you just have to get frustrated, no matter how acceptable the rest of the movie might be. 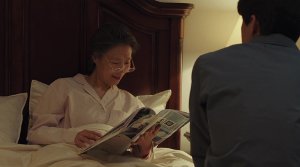 Female director Son Won-pyung is a writer and critic, so it's all the more shocking what she's doing here. Behind his back, Seo-jins supposed sister always looks at him with a devious expression, and apart from that, she generally seems so insincere that it is hard to understand how the rest of the family can open up to her so quickly. The script does not necessarily have to be extraordinarily subtle, as we already know the typical stylistic means of movies of this genre all too well when viewer and protagonist know more than the rest of the world, who seem blind to an impostors subtleties of deceit. Nevertheless, Yoo-jin's actions are so transparent that even the explanations that are given to us later, as to why she was accepted so lovingly by the family at the beginning, cannot convince us. In addition, you can already see the revelations coming from miles away. 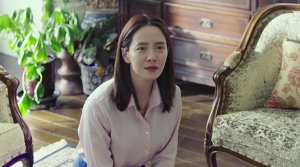 In the following paragraph, there will be some minor spoilers, even though you can't actually call them spoilers at all. It quickly becomes clear that Seo-jins family is either under hypnosis or has been drugged. At the same time, Yoo-jin's behavior as well as her potential objectives seem so weird  and then there is also a mysterious tattoo - that you cannot help but think that there is a sect involved in everything. As I said before, there are no real surprises here. The basic idea of bringing up Koreas problem of the large number of religious sects within the country is not bad, but it is realized with the skills similar to those of an elephant in boxing gloves trying to knit a sweater. To make matters worse, despite the numerous strange circumstances, the police behave extremely stupid, and no one believes Seo-jin. Then again, you can't blame them, because Seo-jin actually makes it very hard to listen to him. 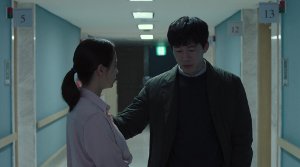 Kim Moo-yul ("The Gangster, the Cop, the Devil") plays an architect who is still haunted by the fact that his sister disappeared 25 years ago. Then he also lost his wife. This makes him seek help from a therapist. And if you behave as impulsively and as quick-tempered as he does - among other things, because no one wants to believe him  you come across as a crazy person, of course. Even the viewer, who knows about the true circumstances, starts to think he might be mad! The characters are simply not believable. At least, occasionally Song Ji-hyo ("A Frozen Flower") represents a ray of hope in a weird way. Unfortunately, it is not just the characters that are written badly. The developments are made up of coincidences, some of which are then even sold as the villains plans! In addition, there are scenes in which someone is knocked out only to then tell him about the plans and background, even though they want to kill him afterwards anyway. Why? There are funnier hobbies than that... 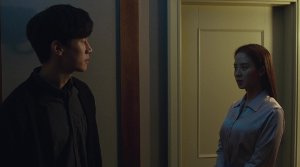 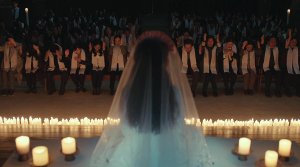 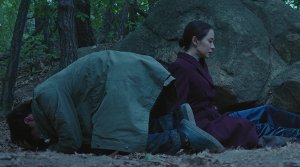 Things like that, which you can perhaps dismiss as genre clichés at first, then become so dominant towards the finale, that you can only laugh out loud. A dramatic aspect towards the end could actually have turned out pretty interesting, but this, too, is turned into ridicule. Clearly, "Intruder" tries to win over the audience with constant developments and a high level of suspense, but in the end, it seems as if the director tried to retell "Parasite" from a different perspective and in a cheap way while turning it into a mystery thriller, of which there already exist more than enough. The final product is indeed entertaining and gripping, but only until the poorly written script shows all its weaknesses. Especially from an author and critic who turned to the medium movie, you would have expected a proper work and, above all, fewer clichés. Since "Intruder" becomes simply too absurd at a certain point and you cannot take the movie seriously anymore, you can confidently steer clear of this thriller.