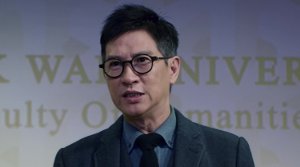 Story: Xu Lisheng (Nick Cheung) is an excellent psychologist who years ago drew attention to himself with his spectacular hypnosis abilities. Since his wife died, however, he just teaches at the university without using his special talent. He lovingly takes care of his daughter (Ai Mi), who also gets everything she wants from her uncle Yang Kai (Zhang Han). One day Xu is called up for jury duty. The case is creating a stir in the media, as it is about a young woman who allegedly stabbed her uncle in order to get his money. He used to own a large company. The case has some inconsistencies, especially because the woman would not have had to kill her uncle to get to his money. It quickly becomes clear that the woman seems to be innocent and that the real killer wants to put the blame on her. Xu and six other jurors retreat to discuss their verdict. But then Xu suddenly gets a call telling him that his daughter has been kidnapped. The kidnapper (Eddie Cheung) wants the psychologist to convince the other jury members that the accused woman is guilty. For this, he tells him about the other jurors emotional weaknesses. Now, Xu has to use hypnosis to try to convince the others that the woman is guilty. At the same time, he contacts Yang Kai so that he can track down his daughter. However, he is running out of time and the kidnapper wants to see results soon... 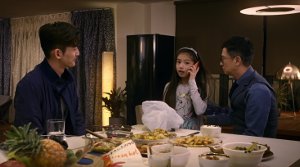 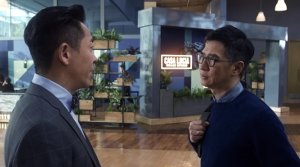 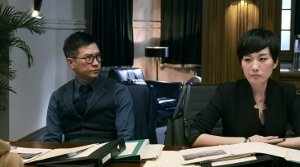 Review: What you may consider to be a courtroom drama at first, quickly turns out to be a psychological thriller, only to then reveal to us that it doesnt work as much with the psyche as we might have expected. The script is far from sophisticated, because you have to doubt that the scriptwriters actually researched hypnosis or the psyche in general. Instead, it seems as if they gathered their knowledge in a brainstorming session about what they have seen in other movies. Unfortunately, the characters dont manage to stand out positively either. They are written quite flat and hardly manage to keep up our interest. Generally speaking, "Guilt by Design" is still quite entertaining, though. And thats all it wants to achieve. But the movie has too many weaknesses to really draw us into its story. 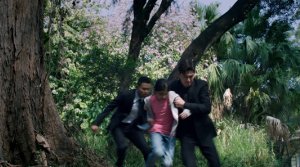 Let's take a closer look at the script's problems. The fact that it was written by three different people who also took over the directing job becomes obvious pretty fast. The storys development does not really feel smooth. This already starts with the introduction, which is far too long and quickly bores us. When all the jury members are locked in a room, the story promises to become more exciting. After all, Xu is supposed to get the other people in the room to change their minds and make them find the accused woman guilty by using their personal weaknesses against them. How does he do that? Just like that... Xu simply says a few words, uses some kind of sound, the countdown of a microwave, or chats under a table with someone for several minutes without anybody else really noticing. He doesnt actually exploit any weaknesses at all. For that, the characters are written far too indistinctly anyways. 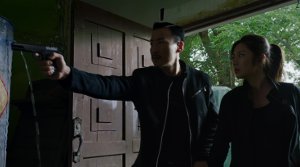 Even though, Nick Cheung ("Bodies at Rest") is supported by some veterans, like Kent Cheng ("The White Storm 2: Drug Lords"), who all breathe life into the movie, the lead actor himself only delivers routine work. The side plot about the kidnapped child is supposed to bring some emotions into play, but they still fall by the wayside. After all, there is actually never any real danger. The script runs things so much by the book, that we never doubt Xu's advantage. His hypnosis skills were presented as almost supernatural in the lengthy half-hour introduction. Thats why the scenes between the jury members are at best slightly exciting. The action scenes, which are constantly strewn into the movie, prove that the filmmakers were aware of the movies shortcomings in an area, which should actually be a psychological thrillers strength. 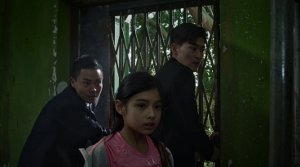 In fact, its hard to recognize the action scenes as such at first. Because the chase/tailing scene and a small confrontation in a warehouse are anything but spectacular. The finale tries to bring in a little wow-effect with a helicopter crashing, but the only thing that this shows is that the action scenes are completely out of place and are simply supposed to compensate for the lack of thrills in Xu's hypnosis ventures. The whole subplot shows how little confidence the filmmakers had in the script. It is also incomprehensible why the viewer gets to know certain things right from the start even though they could have been kept secret for at least a while. Then we also get some very stupid moments in the movie, for example a scene in which the daughter trips while fleeing, although running is supposed to be her special skill! After all, she had just won a prize for that in a competition! 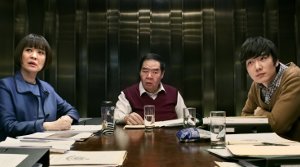 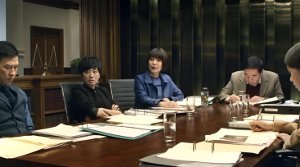 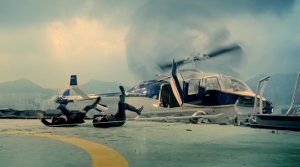 Considering the fact that there were three directors, the final product is actually nice to look at. The images were captured beautifully, the scenes in the locked room also create more suspense than they should, thanks to the visual composition, and the 90 minutes just fly by like that. You will be entertained, but everything seems very familiar, there are no surprises and, in the end, you have to ask yourself: "That was it?" If you approach the movie without any expectations, you will certainly have some fun, but you can simply not recommend a psychological thriller whose game of cat-and-mouse is so dull. Dont expect any hints that need to be recognized and put into a larger context. Instead, you can turn off your brain and just let the movie wash over you. But for that, thats simply the wrong genre.