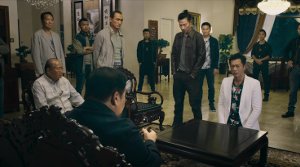 Story: Shun-tin Yu (Andy Lau) and Chun-kwok Fung (Louis Koo) are gangsters. When Fung is accused of selling drugs in his club, Yu is supposed to cut of his fingers. Afterwards the two friends part ways. Fung dissociates himself from his boss and builds a drug empire, while Yu turns his back on his gangster life and becomes a billionaire over the years thanks to the help of finance expert Chow (Karena Lam). On top of that, he marries Chow and leads a happy life. Until Yu learns that his former girlfriend had a child which is grown-up now and became a drug addict. Yu's father was a drug addict, too, which is why the billionaire declares war on drugs in his city. So, he inevitably comes across Fung, who now tries to tell the media about Yu's past. Eventually, the billionaire has no scruples anymore and hires gangsters to eliminate the city's drug bosses. Detective Lam (Michael Miu) therefore has his hands full with the sudden war in the city. Soon, he realizes that Yu is the one pulling the strings behind the purging, and he tries to appeal to his conscience because his own men are also dying in the shootouts. However, the billionaire is already past the point of no return. A lethal fight between him and Fung has started. In the end, he even puts an official bounty out on Fung... 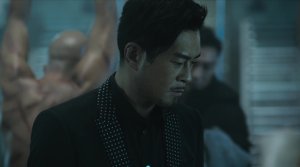 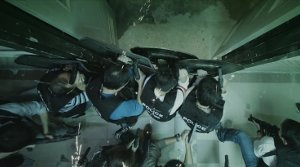 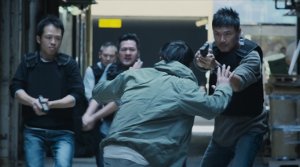 Review: Benny Chan's "The White Storm" was an interesting homage to the Heroic Bloodshed genre, but in the end, only managed to achieve a mediocre quality level, which was mostly because of the movie's story. In addition, there was nothing in there to justify a sequel, which makes it clear pretty quickly that here we are dealing with a sequel in name only. This is an approach which can be found in Hong Kong quite often, nowadays, and of course, it is supposed to make a movie appeal to a larger audience. If there is a sequel, the first one had to be pretty good! As mentioned before, that was not the case and the sequel is a whole lot worse. This is due to a very weak storyline and some pretty dumb scenes. After all, the action is pretty convincing, even though this only relates to the level of quality not to the degree of authenticity. 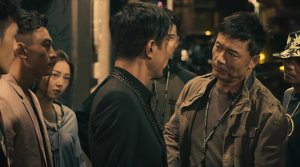 The only actor who returned from the previous movie is Louis Koo. As a villain, Koo can show a little bit more color on screen than you are normally used of him. It seems that he had fun with his role. And just so the audience really gets that Fung is a pretty bad guy, they let him kill a horse. Somebody like that can't have anything good in him! But then there is also Yu, played by Andy Lau ("Shock Wave"), and the businessman seems to be a little bit flexible when it comes to his moral compass. He wants to rid his city of drugs and the triads, and at some point this simply takes on pathological features, because during his various attacks on the gangsters, policemen and innocent people also die. But he can't really see that as he carefully dodges passers-by in a car chase, even though before that he didn't care who died during the hail of bullets he initiated. 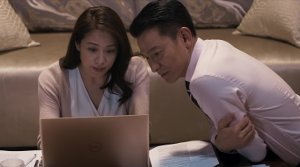 The only thing this movie has in common with its predecessor is maybe the moral triangle. Next to the bad guy and the morally grey one there is also the pure detective played by Michael Miu ("Brothers"). However, there is not a real dynamic developing between the three, even though Fung and Yu keep politely threatening each other or try to ruin each other's reputation in front of the media. But the characters are simply not fleshed out enough. However, the movie tries to give them more depth through secondary characters. Karena Lam ("Integrity") plays Yu's wife. Even though she is presented as a tough businesswoman, who taught Yu everything that made him into a billionaire, her inability to get pregnant makes her completely hysterical later on. At a different point in the story she even seems totally unfazed about the fact that her husband used to be a gangster. Good character drawing looks differently. 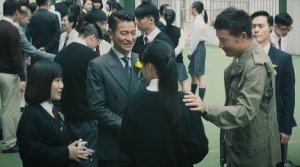 Moreover, there is the detective's daughter who is used for some pretty clumsy scenes just to put more drama into the movie. The story around a school-friend who dies of drugs is built in in such a ridiculous manner that it just gets embarrassing. As if the filmmakers noticed afterwards that they had to involve the viewer emotionally a little bit more, so that they understand that Yu's fight against drugs is by all means motivated. And in the editor's room they apparently didn't even think about where exactly in the movie the scene would fit in. In general, the story does not have a natural flow to it, instead it is constantly interrupted by weird decisions in numerous scenes. Another example is the introduction of unimportant characters, whose only purpose is to die later, which is also dragged out unnecessarily. Maybe this is supposed to bring more drama to the movie, but it doesn't work at all. 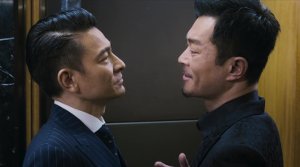 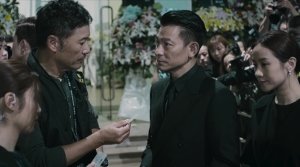 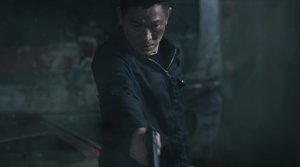 Not only is it completely predictable who dies at the end, the characters actually don't even affect us in any way either. You realize quite quickly that this cannot be a Hong Kong movie before 1997, because China exercises its influence and the zero-tolerance-politics concerning drugs is pretty obvious. Director Herman Yau ("The Mobfathers") tries to avoid the problems in regards to this influence, but his depiction is not as nuanced as he would have liked it to be. Yau sometimes manages to surpass himself, but there are more than enough movies which turned out to be flops. "The White Storm 2" falls into latter category. The action is praiseworthy, especially one chasing scene, during which the cars drive into a subway station, and there is also quite some damage the cars have to endure during the chasing scenes. But the story and some pretty dumb scenes (Why does Fung eat his meals in a cold storage house, and why do the police also have to stand around in the cold to protect him?) make you forget about the pretty good action. This pseudo-sequel can therefore easily be forgotten.