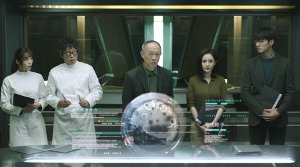 Story: Xia Tian (Yang Mi) is a physicist working for the Nexus Corporation. Under her mentor (King Shih-Chieh) she works with a team at creating artificial worm holes which allow traveling through time. Right now, it might only be possible to travel 110 minutes into the past, but there are more achievements in the field to be expected, particularly since a living organism has already been sent through time. Unfortunately, shortly after the experiment it turns out that time travel makes some cells mutate and thus is still pretty dangerous. When Xia Tian calls her son Dou Dou (Hummer Zhang) to tell him that she isn't coming home he is kidnapped. Tsui Hu (Wallace Huo) wants Xia Tian to steal the research results and hand them over in return for her son. Despite some difficulties Xia Tian succeeds, but Tsui Hu kills her son nonetheless. By doing so he hopes to secure Xia Tian's cooperation, because only if she continues her research for him she could maybe someday save her son in the past. However, the researcher has another idea. She escapes from Tsui and uses the time machine in order to save her son. But even the second time she fails... 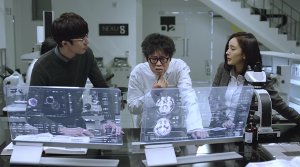 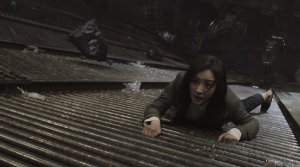 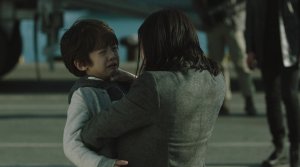 Review: Science fiction movies from Asia couldn't really win me over to this date. Accordingly, my expectations for this flick were rather low even though it had been produced by Jackie Chan. Then, there is also the director who just goes by the name Chang - a little bit more about that later on - which somehow seems as if he has used a pseudonym since he wanted to distance himself from his work. Also, there are the rather mixed reviews from press and audiences alike. It's probably thanks to all that why "Reset" could really surprise me. I even want to go that far to say that it is one of the best sci-fi movies of the last few years coming out of Asia. It's just that this isn't saying much. The reason for the comparatively high level of quality is particularly a screenplay that can be ranked a lot higher than what we are normally served. It's not a philosophical masterpiece, but it creates an interesting premise. 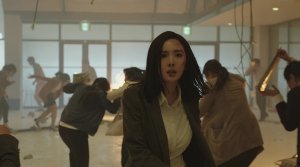 It takes a good 45 minutes until the first time traveling can be seen on screen and until then the pacing is rather slow, even though there is some more thrills added with the appearance of the villains. However, you don't have a lot of trust in the film's quality up until that point. More than anything else that is due to an extremely stupid murder of a researcher whose eye is removed for a retina scanner, aiming at making acquiring the data easier for Xia Tian. Ultimately, this makes things extremely complicated and even works against the mission. Next to that it's also completely unnecessary since the boss is also needed for the retina scan and he is persuaded by a simple pretense. A revelation later on can't lessen the stupidity of this scene either. Fortunately, it's the only big plot hole in the script, which probably was only aiming at making Xia Tian's data acquisition more thrilling. 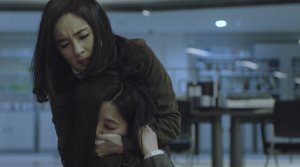 Then, things get more interesting by a lot. Xia Tian is a few steps ahead of the kidnappers, but in the end she is just a woman who wants to save her son. Her maternal feelings make her excel herself. Her third alter ego, which has already failed two times, is the most striking personality. A broken woman, only driven by her will to save her son. While the original Xia Tian is a frightened researcher, number 2 has already been through enough to show her fighting spirit. Number 3 on the other hand has mutated into a badass action heroine. This is realized quite believable in the movie, particularly since we are aware that time traveling does something to your brain, and it's especially fascinating to see all three women on the same time plane. Yes, in "Reset" it is obviously no problem for the same matter to share the same space. 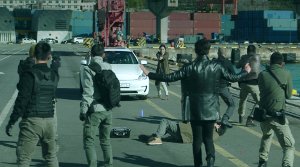 Of course, this premise demands a lot of actress Yang Mi, aka Mini Yang ("Love in the Buff"), but at some points she even proves to have pretty impressive acting chops. The antagonist is played by Wallace Huo and bestows the vibrancy of a thriller on the movie during the last third, as he chases after Xia Tian like a killer machine. His motives are uncovered too late for us to care about his character, though. That's a shame, because there could have been done more in this respect. At least, there is a neat twist. Next to the captivating story the action scenes also do their part to glue us to the screen. Even though "Reset" is well-produced, you often get the impression as if everything was supposed to look more epic than it ultimately does. Every now and then you can also clearly make out the cgi-effects. 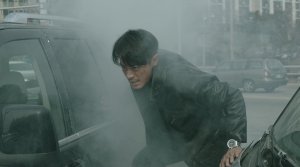 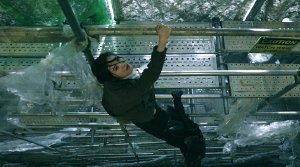 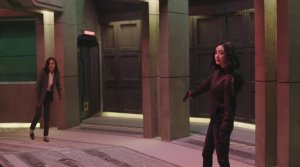 All in all the movie could have been realized more professional. That is a little bit strange since there is the same Korean director behind the pseudonym Chang who also shot "The Target". So this actually is a Korean-Chinese coproduction, but the movie is outright begging to get an American remake. This wouldn't be so bad this time since that way some of the flaws in the realization of the story could be ironed out. Although "Reset" sells itself as a sci-fi movie from the get-go, it is also a thriller around a mother who is doing everything in her power to save her son. Yang Mi's convincing acting gives the movie an emotional foundation which makes the rest of the picture work out well. Moreover, the plot has room for a tragic as well as a happy ending. At the same time! In the end, I may be a bit lenient toward the movie, but I also don't get why "Reset" has received so many mixed reviews. Clearly a recommendable sci-fi movie.