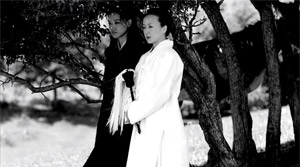 Story: As a child Nie Yinniang (Shu Qi) has been entrusted in the care of Taoist nun Jiaxin (Sheu Fang-Yi). The nun has trained her to be an assassin in order to take out corrupt officials in the country. Yinniang's mother has once been married to the ruler of Weibo and has been forced to give away her daughter. Thus, Yinniang also couldn't be married to governor Tian Ji'an (Chang Chen) as was initially planned. Now, Yinniang is supposed to kill Ji'an, but Jiaxin doubts her pupil's resolve and rightly so. Yinniang observes the lives at the governor's palace and finds out that his concubine Huji (Nikki Hsieh) is pregnant. His wife Tian (Zhou Yun) isn't happy about this and plans to do something about it. Furthermore, general Nie Feng (Ni Dahong), Yinniang's father, is in grave danger on one of his travels and Yinniang has to help out as his savior. Meanwhile, Ji'an has already encountered Yinniang and knows that she is supposed to take his life. Yinniang herself isn's so sure about this anymore, though, and through observation collects more information about intrigues in the country. 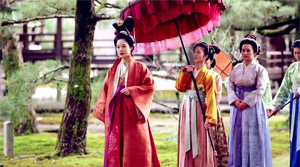 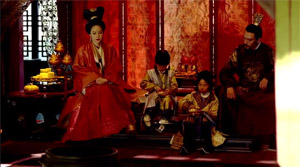 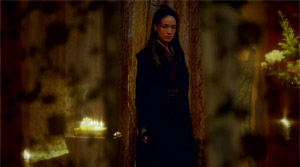 Review: Here we have a movie that makes critics go wild and do cartwheels, which means voices critical of the movie should remain silent. After all director Hou Hsiao-Hsien is above any reproach and winner of countless film festivals. Nonetheless, looking at it more levelheaded there are quite some things that you may not like about "The Assassin". And I'm not talking about the film not being an action-loaden wuxia flick like you wrongly could expect it to be. No, I was quite aware of what I would get. A more tranquil pacing can have its appeal as well, if the story fits the exterior. You need not look any further than "Ashes of Time". Sadly, the movie has a pacing that makes the word "lengthy" almost too nicely phrased in this context. The real problem with "The Assassin", though, is that the viewer is at almost all times aware of the fact that he is a viewer! 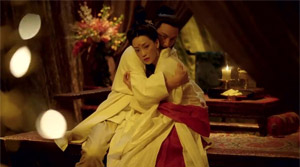 A stylistic device employed by Hou, which is used quite heavily, is the camera working as the eye of the viewer. In incredibly lengthy shots without a single cut we get to see encounters, political talks or simply important and not so important individuals who just stand around doing nothing. Sometimes the camera moves a bit to the side in order to put another individual in focus. Because of this the impression is created that we are directly observing the scene like an invisible ghost. This feeling is even intensified by making us watch two persons engage in a conversation through the veil of a curtain. The intent behind this directing approach may be laudable, but with the pacing involved it is difficult to keep the interest in the movie alive. At times, we observe for several seconds or even minutes individuals just standing around without making a sound. 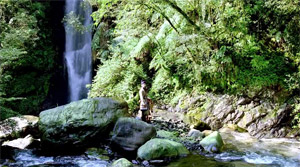 It would be an understatement to call "The Assassin" a contemplative movie. The female protagonist is actually supposed to always take out her targets right away without asking any questions. But instead, she questions her mission and observes her target for a while before she makes up her mind what to do. Of course, this also means that the viewer is once again forced to observe someone for several minutes, too... And strangely Yinniang is most of the time occupied protecting someone instead of killing him. Shu Qi ("Journey to the West", "Confession of Pain") delivers a very sophisticated performance and a lot of what she shows us may only be really appreaciated upon a second viewing. But maybe that's the fundamental dilemma with the movie in general. Because the same can be said about the story as well. 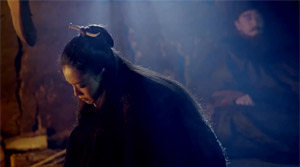 It is extremely arduous to piece together the story. There is only little dialogue in the film and even if there is you still have to attach names to relationships and at the same time get an idea of the political situation in the country. Oftentimes, you will get certain connections only a lot later into the movie so that you actually want to rewatch it from the beginning. But going through this kind of tiring cinema with admittedly intoxicating pictures again would be too much to ask. Yes, the pictures can really be intoxicating. The landscape shots stand out with their untouched poetry and the indoor shots prove that Hou put a lot of emphasis on little details, even though during shooting he seems to pretend as if he doesn't care about such things. However, it's irritating that the director doesn't go for the usual widescreen format, making everything look somewhat unusually compressed. 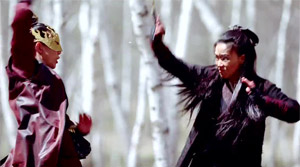 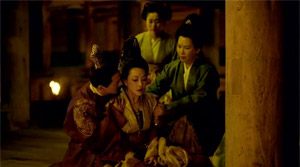 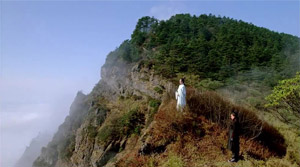 The story is based on a novella by Pei Xing and actually is your typical wuxia story. Swordmasters are able to fly, black magic is hinted at and degrees of kinship are a revealed at every corner. Despite its slow pacing the film has its own temporal flow, which also becomes apparent during the fight scenes. Yinniang effortlessly flows around her enemies and doing so she remains as quiet and contemplative as ever. Thus, Tian Ji'an, played by Chang Chen ("Brotherhood of Blades", "The Grandmaster"), seems almost out of place since he is the only truely lively element in the film. Apart from that everything seems extremely meditative. The pictures themselves look like paintings - in a positive as well as a negative sense. Negative because cinema is after all a different medium with its own set of rules. You don't have to stick to them, but if you don't you shouldn't wonder when you don't always hit the right notes. With its tiring pacing and an ultimately predictable plot that is simply told in a convoluted manner "The Assassin" certainly will only appeal to a minor audience. Probably mainly festival goers...