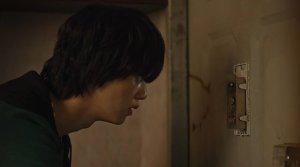 Story: Cha Hyeon-soo (Song Kang) has moved into a large, somewhat run-down apartment building. He lives alone because his family died recently. All day long, the boy just plays computer games. He is depressed and has already picked a day on which he wants to kill himself. But suddenly he hears strange noises in the hallway, his neighbor desperately tries to get into his apartment, and then she turns into a monster right in front of his eyes. In the meantime, people gather in the entrance area, because every way out of the building is blocked. Lee Eun-hyeok (Lee Do-hyun) takes the initiative after the rest of the residents have also realized that they are stuck in a building full of monsters. Soon, the survivors find out that things are no different in the rest the country either. However, what's happening does not seem to be caused by a virus, as people don't get infected through a bite. Instead, people's longings seem to turn them into monsters, which are just as diverse in shape and form as the desires they had as humans. The first sign of an imminent metamorphosis is a strong nosebleed. Hyeon-soo has also been having problems with nosebleeds lately, but for some inexplicable reason he does not turn into a monster. Instead, his injuries heal miraculously. The boy originally wanted to commit suicide, but now he leaves his apartment and looks for more survivors. When he finds them, though, they do not know what to make of him, because it is clear that Hyeon-soo is no longer human... 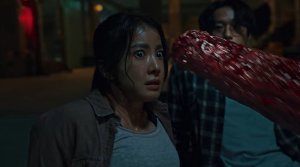 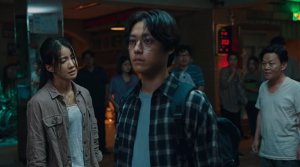 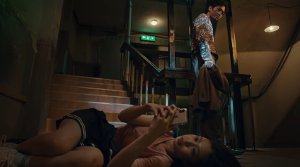 Review: Strangely enough, something so obvious as presented in "Sweet Home" has not yet been put into a series format. Why not just go ahead and spice up a zombie apocalypse with some monsters? And when it comes to "Sweet Home", there is no room for false modesty. During the first three episodes the pacing is already extremely high, and the show knows how to excite the viewer with great monster ideas, a creepy atmosphere, interesting characters and never-ending suspense. Sadly, though, from the second half onwards, the series slows down quite a bit, and style-wise, the last two episodes have almost nothing to do with the show's beginning. This is a bitter disappointment, especially since the show's drama works pretty well at first, despite the fact that you sometimes worry things could get too overly dramatic. After all, the director has a lot of experience in the drama genre, for example, he made a name for himself with tv series like "Mr. Sunshine". So, the emotional moments are actually pretty convincing - until, of course, everything gets a bit too much towards the end. 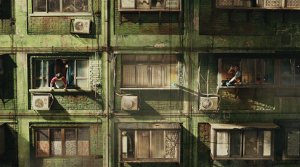 During the first episodes, genre fans will have enough cause to get really enthusiastic. So far, there is no show I know of that has managed to create this mixture of horror, fantasy and drama. The color scheme is rather bleak, the apartment building is one of those run-down houses on the outskirts of the city and looks pretty dirty. Walking through corridors at night, while vicious creatures, that seem to come straight out of hell, are lurking in the dark, simply has an immense pull on the viewer. The show might remind you a little bit of Netflix' "#Alive", only that it is much more nihilistic. The series' weird atmosphere we get thanks to the webtoon of Kim Carnby and Hwang Youngchan the show is based on, as well as thanks to the fantastic monster ideas. If you take the time to look at the drawings shown during the end credits, you will get an impression of how much darker the show could have turned out. And the end song quickly gets stuck into your head too... 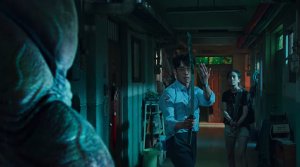 Overall, the score is quite nice, because we mostly get somewhat church-inspired classical music. But songs like "Warriors" from "Imagine Dragons" are used one too many times. Matching the song, however, things get pretty epic here and there. After all, the story's hero is more or less immortal. In addition, there is also a priest who knows how to handle a katana, and luckily, this does not come across as weird as it may sound. This is also due to the characters themselves, who are not as exaggerated as they often turn out in manga movie adaptations. Instead, everything is kept very realistic. Of course, the same cannot be said about the monsters. Here, you have to consider two things. On the one hand, it is quite astonishing what kind of effects this production manages to deliver, I'm mainly referring to some of the practical costumes and effects, but on the other hand, the CGI effects are not always very convincing. 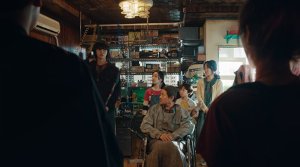 But actually, you can also look at those slightly bad effects sympathetically, since they have a certain style (distorted facial expressions or exaggerated human/animal characteristics) and almost seem like drawings: unreal and somewhat other-worldly, which fits perfectly. A little like "Attack on Titan". The various abilities the monsters have, make the encounters the residents have with the creatures different each time. Death lurks at every corner, even though, luckily, "Sweet Home" doesn't go overboard with the character demises, so we don't get too jaded in this respect. The drama also seems to affect us more than that of similar zombie shows, and that's due to director Lee Eung-bok's experience in this genre. But there are also some downsides. The backstories get hardly touched on, the show's main hero seems too flat, probably also because many colorful supporting characters enrich the series, and sometimes people behave so passively in an emergency that it almost physically hurts to watch. In addition, the series lacks a common thread. It just focuses on the relationships between the people. 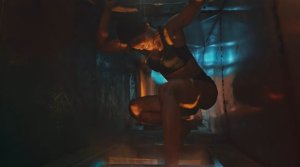 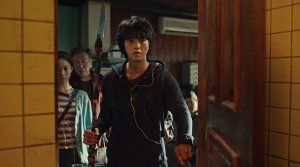 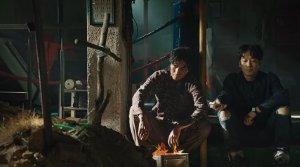 When "Sweet Home" finally has to come to a conclusion, the series completely loses its focus, especially in the last two episodes. Too many genre clichés come to light here. Somehow, good and evil gets twisted in an implausible way, and the director paves the way for a bigger sequel in the style of "Peninsula". But do we really want that? Nope. "Sweet Home" has its best moments in the narrow, gloomy corridors and rooms of the apartment building and when we get to see a surprisingly large amount of blood on screen, which reminds us a bit of "Evil Dead." Supporting characters like the firewoman, played by Lee Si-young ("No Mercy"), with her extremely buff body, which completely distracts you from the fight with a spider monster, also paint a differentiated picture of courage and fear and try to avoid stereotypes. There are always surprises in this respect, but towards the end, the series simply gets lost. This is very tragic and just a bitter disappointment. However, it doesn't change the fact that all things considered, "Sweet Home" is an extraordinary series produced by Netflix with great potential that no fan of the horror genre should miss out on.