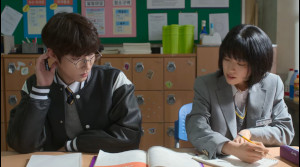 aka The Sound of Magic

Story: Life for Yoon Ah-yi (Choi Sung-eun) is anything but easy. Her father had a company that went bankrupt, and now he is on the run from his creditors. Her mother is no longer there either. That means, Ah-yi has to take care of her little sister all by herself, and also has to manage somehow paying the rent, even though she is still in twelfth grade. That's why she has already given up on the possibility of going to college later. Nevertheless, she enjoys math, and she is the best of her class in this subject, even though she does not have any good grades otherwise. However, this annoys the new student Na Il-deung (Hwang In-yeop) as he is generally the best in school, except in math. But Ah-yi has other things to worry about than her classmate's envy. There are two classmates, Ha-na (Ji Hye-won) and So-hee (Kim Bo-yoon), who find out how poor Ah-yi actually is, which could be the start of some never-ending bullying. In an abandoned amusement park, the girl then accidentally meets a magician, about whom there has already been rumors at school. A strange man who thinks he has mastered real magic. But Ah-yi does not have the luxury of believing in magic. She was forced to grow up quicker than her peers. But the magician Ri-eul (Ji Chang-wook) shows her that magic can make everything easier and more beautiful... 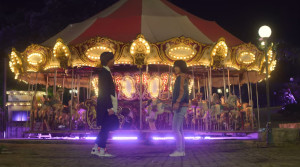 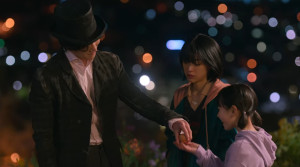 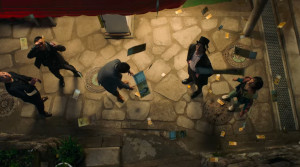 Review: I have to start this review with a small disclaimer: I might be a little biased talking about this series as I helped with the translation of the German dubbed version. However, this is counterbalanced by the fact that I normally don't watch K-dramas. Especially not when there's singing involved... So, it should be no problem for me to take a neutral point of view. The rather peculiar title means something like "Abracadabra", and the series is based on a webtoon by Ha Il-Kwon. Thanks to Netflix, the budget was big enough to transfer the story to another medium and impress on a visual level as well. The images and sets are extremely well-chosen, and the acting performances manage to convey the drama quite nicely too. "Annarasumanara" is not your typical K-drama, and that's a big plus. Nevertheless, there are some occasional scenes in which the kitsch factor comes through a little too much. 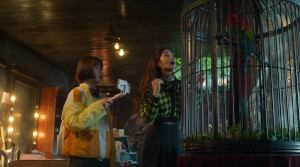 Most people will probably agree that there is a difference between good and bad kitsch. "The Sound of Magic" (the show's alternative title) mainly shows good kitsch, which is probably due to the music and the theme. After all, it's about coming of age and how this often means that you have to abandon your dreams. Especially in Korea there is an enormous pressure to perform better than everybody else, and Il-Deung in particular is confronted with the fact that his path has already been predetermined for him by his parents. (This is not to say that Ah-yi has it any better...) But does it make him happy? Ah-Yi, played by Choi Sung-eun ("Start-Up"), is the real heroine of the story, though. Her complicated family history forces her to sacrifice everything - not only for herself, but above all, for her sister - and to bury her dreams. That's when the magician Ri-eul shows her another world which does not align with her own reality. So, the girl is constantly torn between two worlds. Ri-eul calls this longing for a world in which everything is possible and achievable "magic". And his abilities actually seem to create another world, which is more than just the illusions of a stage magician. Yet, again and again the question is put into focus whether his magic is in fact real or not. 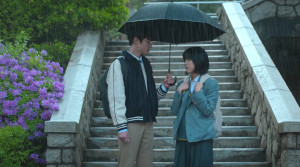 It is up to the viewer to decide what to believe. Of course, this is a clever move of the script - do you believe in magic or not, or in what kind of magic do you believe? But the script doesn't hit the mark at all times, in fact, it's where most problems derive from. Several coincidences are a bit too obvious, so that there is no way of explaining them rationally anymore, and there are also a few logic errors, some of which unfortunately cannot be justified with "magic" either. The biggest problem, however, is that the show's creator wanted to fit too much into the series at once. In its second half, the focus shifts more and more to a missing classmate, and the series gets a touch of a crime thriller. Here, Ri-eul's identity and his true intentions are repeatedly questioned. Unfortunately, this also means that Ri-eul's character stays quite inscrutable, and even though actor Ji Chang-wook ("Hard Hit") is pretty charismatic (strangely enough, even a little more so in the German dubbed version), we never manage to build the emotional bond with him that we were probably supposed to. 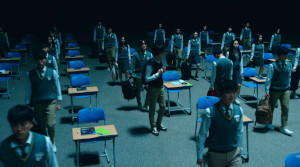 Acting-wise the performances are on a high level, and luckily there's no cheap telenovela touch either. With Ha-na and So-hee (the latter also was in "All of Us Are Dead") we get two students who are not our typical bullies, instead they have a nice chemistry on screen while portraying the "bad gals". And maybe the magician is not as innocent as it may seem at first either? You often get the impression that the actors keep everything together, because, as mentioned before, later on the series loses sight of its central theme. At least, director Kim Seong-yoon, who was also responsible for the successful series "Itaewon Class", manages to turn the corner in the end, and the main theme comes to the fore again. The problem may also be that the series with its six episodes, each with almost an hour of running time, is simply too short to place everything in it that was intended to be conveyed. That's why everything feels a bit rushed, especially towards the end. Which is unusual, as K-dramas normally tend to unnecessarily draw out each and every development. While we do get the genre typical love triangle here, it actually turns out surprisingly different or rather mature, and so it does not really push the kitsch factor. 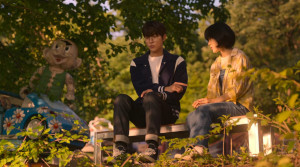 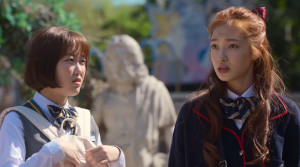 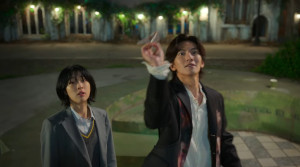 The pacing is always working and there are hardly any low points. The vocal numbers show that, in addition to the typical motifs, the series tries to do something new. Here, I was afraid that "Annarasumanara" would reveal its great weakness, but even though some songs go a little too much into the direction of K-pop/ballads, the music still works surprisingly well. Most people will probably be reminded of "The Greatest Showman", but Peter Chan's "Perhaps Love" also immediately comes to mind. But in "The Sound of Magic" the singing is implemented better, because the characters always sing when they pour out their hearts. According to the motto: If it is too embarrassing to say, just sing it. And it works. However, I would have liked some more songs like the one in the third episode, when Il-Deung finds himself stuck in his personal nightmare of conformity. In addition, the songs are not evenly distributed over the series, towards the end there are fewer, and one episode even has no singing at all. Which is weird, but just another proof that the series would have needed a little more fine-tuning. The background music is excellent and fits the magic theme very well, though. In the end, "Annarasumanara" strikes the right note - both figuratively and literally -, and thanks to the deliberately childlike naïve tone, which stands in contrast to the harsh, drama-plagued reality, the series manages to affect and touch us, even though things come pretty close to kitsch. Especially because the series tries something different - and most of the time, successfully so -, even those viewers who usually avoid K-dramas could sneak a peak.