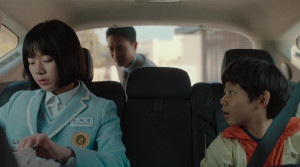 Story: Lee Seong-gyoo (Jo Woo-jin) is the head of a banking center, so money is no issue for him. One morning, he wants to drive to an important meeting, but he takes his two children Hye-in (Lee Jae-in) and Min-joon (Kim Tae-yool) with him in order to drop them off at school. Suddenly, he gets a call on a cell phone that is in his car. Seong-gyoo does not know whose cell phone it is, but he takes the call anyway. The caller (Ji Chang-wook) says that there is a bomb under the driver's seat and Seong-gyoo is supposed to do exactly as he is told. At first, Seong-gyoo does not believe him, but when one of his partners calls him and tells him that he has received the same call, and then causes an explosion, Seong-gyoo starts to realize in what kind of situation he is in. He is also not allowed to let his two children leave, as the caller keeps the car under observation. If Seong-gyoo gets out, the bomb under his seat will detonate like a contact mine. The caller wants 3.5 million dollars transferred into an account and almost another million dollars in cash. This very specific amount seems to have some kind of meaning, but the father cannot think about that yet, as he has to somehow try and save his children from this situation as well as come up with the money. In order to get the cash, he has no choice but to ask his wife for help, but that's when disaster really takes its course... 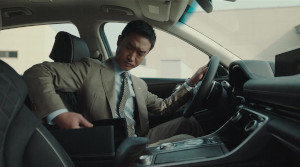 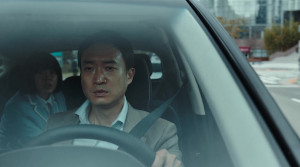 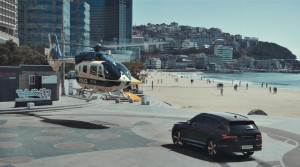 Review: So here we have another one of those movies in which someone has to be in constant contact with his tormentor via cell phone while racing through the streets. And just like the HK flick "Connected", featuring a similar premise, which was a remake of the Hollywood movie "Cellular", "Hard Hit" is not an original Korean production either. It is based on the Spanish action thriller "El desconocido" (international title: "Retribution"), and on closer inspection you can imagine this movie in any other country as well. The story can easily win over an international audience, and as it is fitting for a flick like this, the pacing is always on point. With its running time of 94 minutes, the movie is also quite snappy and does not waste any time on unnecessary subplots. Sadly, this also means that you should not expect fully fleshed-out characters, of course. But the suspense level is just the way it should be. 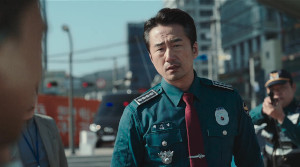 Right from the start, the score and its rhythm sounding like a ticking clock lets us know that it won't be long until something happens. After the first call, we are already familiar with the premise, and there is nothing more we find out at first. But this is not particularly frustrating, because forcing us to make assumptions about the father of the family is not that bad of an idea. His marriage seems to be everything but perfect, he has distanced himself a little bit from his children as he never has time for them, and he lies to his clients whenever he has to, but despite all that, he is also a father who cares about the safety of his children. Jo Woo-jin ("Money"), who is not really allowed to play the lead very often, skillfully manages to portray an ambivalent character with whom we can still sympathize. Seong-gyoo is not a perfect individual, but that only makes him all the more human. 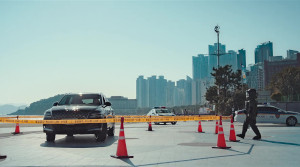 The fact that the protagonist can at least partially win over the audience's sympathy is so remarkable because you know that the caller wants to take revenge for something that Seong-gyoo has done years ago. What that was, and whether he is actually personally to blame for it, are questions that remain unanswered for a long time. But that's actually a good thing, as you could hardly expect a satisfactory resolution or twist here. And so, it is actually more at the beginning of the movie that we develop an interest in the story, because at that point, we still have to put together a few puzzle pieces about the family and their individual secrets (for instance, the wife is part of a cult?). Later, the moral question of who the real villain might be is thrown into the mix. Unfortunately, this is already quite predictable at the beginning of the movie, and it is not developed in detail towards the end either, because Ji Chang-wook ("Fabricated City") as the caller is not fleshed out properly. 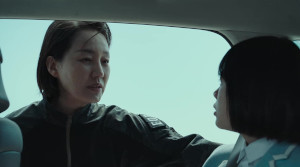 Maybe getting older also means becoming more cynical, but if you entrust your money to a bank without reading the fine print, then you're pretty naïve and it shouldn't come as a surprise if you end up with nothing. At least for me, that's what was constantly in the back of my mind. Despite all the criticism, the story is still about morality and what you are willing to do for money or a higher position. You should clearly know that you have to trample on others for this. However, it is pretty irritating and not quite believable that Seong-gyoo does not immediately remember what he might have done wrong. How many skeletons does he have in his closet if he is not immediately aware of what he did wrong six years ago? Still, as is custom for an action thriller, "Hard Hit" also has several scenes which are just meant to make certain situations more gripping without being logical. So, there are constantly women who do not listen to what they are urged to do in an emergency situation, and therefore get everybody else into serious trouble, and just when you start to think that the script portrays women in an extremely bitchy way, there suddenly pops up a male character who behaves just as stupidly. 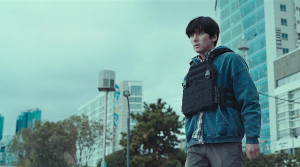 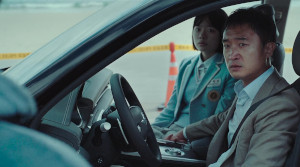 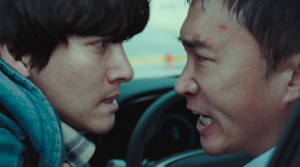 Every now and then, you should really just turn off your brain in order to have fun. As I said before, the pacing is well-done, and the suspense always makes the characters chase across the screen. In addition, with the relationship between father and daughter, who are slowly finding their way back to each other, the movie also does enough on an interpersonal level to make us interested in the characters. "Hard Hit" is a movie which keeps constantly moving, even when the car is parked somewhere for a while. And that's what makes it so hard not to be entertained by this thriller. Even though director Kim Chang-ju makes his debut work here, he is anything but a newbie, as he was already responsible for the editing of several blockbusters such as "Snowpiercer" or "A Hard Day". His routine and his unerring eye for good camera shots and editing in particular turn "Hard Hit" into an action thriller which can be a lot of fun, even though you have to check your brain at the door.