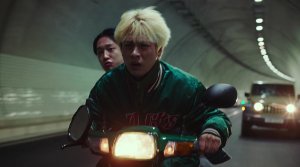 Story: Taek-il (Park Jung-min) has quit school and wants to live his own life. He has a huge fight with his mother (Yum Jung-ah) about it and so he decides to just move out and look for work somewhere. His best friend Sang-pil (Jung Hae-in) also wants to look for work. While his friend tries out as a member in a gang of debt-collectors, Taek-il finds work as a delivery man for a Chinese restaurant. There he comes across the girl Kyeong-joo (Choi Sung-eun) again, who he had already met before and who literally tries to fight her way through life. But she is not the only one that pushes Taek-il around. The Chinese restaurant's chef Geo-seok (Ma Dong-seok) is the boy's biggest problem, because he has fun knocking Taek-il into shape. But as soon as there are real problems, Geo-seok quickly backs out. Which is what he does when some nasty figures give Kyeong-joo a hard time and Taek-il is the only one who goes to her rescue. From this day on, the girl also works in the restaurant and the two unusual individuals have a nice time together. But one day, Sang-pil calls and tells Taek-il that his mother's shop is supposed to be demolished. Taek-il didn't really want to talk to his mother anymore, but now he has to do something... 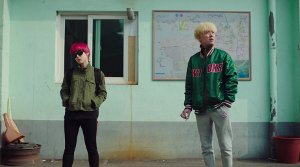 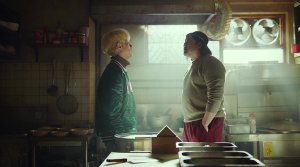 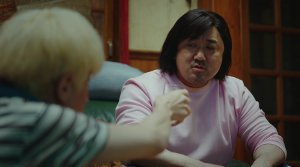 Review: How much expectations make a difference watching a movie gets obvious with "Start-Up". The movie didn't get bad reviews, but it seemed to be broad consent that viewers had expected more. However, I never have high expectations concerning Korean comedies, anyways. Most of the time, they are quite entertaining, but that's it, and in addition, they are mostly actually romantic flicks. Fortunately, "Start-up" does not fall into this category and actually presents some decent humor. The fact is, though, that the movie seems a bit cluttered. It's basically a coming-of-age story, but we also get a gangster flick about loan sharks, neighborhood redevelopment including "housing expropriations", prostitution of minors and much more. It is praiseworthy to address social issues as well, but if you do not create a coherent overall picture, you should just leave it alone. 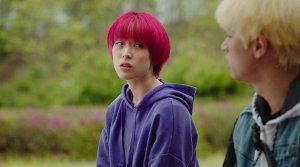 Perhaps the disappointment of some critics also stems from the fact that they were expecting something bigger because of the movie's top notch cast. First, there is Park Jung-min ("Time to Hunt"), who, like Jung Hae-in ("Tune in for Love"), is a rising star and should be especially popular with female audience members. But there's also Ma Dong-seok ("The Villager"), who, as the big star of the cast (no pun intended...), is even mentioned first in the credits, although the story is actually not about him. In fact, it's about the two friends who try to go their own way in life and choose different paths. While Taek-il looks like a rebel and a problem child, he is actually searching for honest work and is happy with it, even though he has to take some hits from the chef. The situation is different with his friend Sang-pil, who is slowly getting on the wrong track, although he is always worried about his grandma and Taek-il's mother and otherwise looks like the showpiece son-in-law. 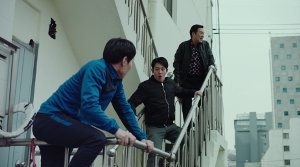 The coming of age theme is also underlined by the girl Kyeong-joo, portrayed by relative newcomer Choi Sung-eun. Because of her dyed hair and her rebellious character, she and Taek-il have a lot in common on the surface, but they could not be more different. While she has no parents, Taek-il's relationship with his mother is just difficult and the problem of the relationship is actually the love between mother and child. Taek-il's mother has trouble letting him go, but she doesn't want her son to spoil his prospects for the future. Kyeong-joo is therefore a much more tragic character, since she actually has no one. But a strange friendship develops with Taek-il, which in other movies would have simply been reduced to a love story. Here, we only get a slight touch of that, but the plotline is otherwise more grounded and eventually fits into the picture that is created of the restaurant employees as a family. 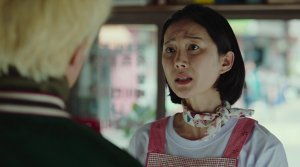 The movie's big plus is its characters, which were written beautifully and all have something lovable about them. The dialogues seem authentic and have their own dynamic, which is always entertaining. The humor is also pretty good as it works with the characters' peculiarities and the way they treat each another. There is also some nice situational comedy, for example when Taek-il throws something in the garbage can in a very spectacular way, and when he proudly turns around he realizes that Kyeong-joo was busy with her food and didn't see it. Scenes like these require the right timing, and both the actors and the director prove that they have a talent for it. Of course, the strongest comedic potential has Ma Dong-seok, who with his horrible-looking hairstyle and pink shirt cannot be taken seriously, also making him - pardon my French - butt-ugly, but his punches still have a lot of impact. Taek-il gets knocked out more than once by him, and this as well as the resulting bullying becomes a running gag. 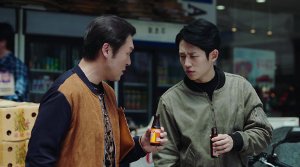 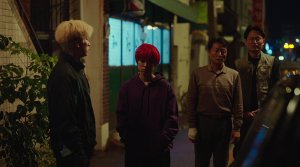 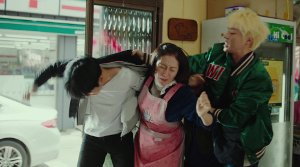 It is obvious, however, that the chef has a very serious and violent past and therefore avoids real confrontations. He prefers to make a fool of himself and no longer tries to take life so seriously in order to escape his past. This could be called the "Rurouni Kenshin"-principle and it is quite clear that the chef's past will catch up on him. When this finally happens, we get disillusioned, because we once more realize that "Start-Up" isn't as original as we had hoped at the beginning. The worst thing is, though, that director Choi Jeong-yeol loses track of his various plot lines and towards the end everything becomes a little chaotic. He doesn't succeed in finding a balanced resolution. But there is also something mature about the last scene and so Choi in some way manages to bring everything together after all. In the end, the movie, which is based on a webtoon, is about becoming an adult and the experiences that make you grow. Thanks to its humor and characters as well as its dialogues "Start-Up" is definitely worth a recommendation.