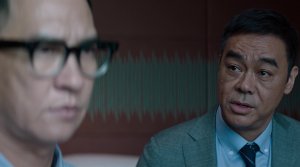 Story: King (Lau Ching-wan) is a leading investigator at the Independent Commission Against Corruption (ICAC). At the moment, King protects the important witness Jack Hui (Nick Cheung), who wants to testify against the CEO of a tobacco company and a customs official who accepted bribes. But right before the trial, Jack disappears. The ICAC finds out that he fled to Australia. King's colleague and soon-to-be ex-wife - the divorce is a done deal - Shirley (Karena Lam) is supposed to fly to Australia and convince Jack to come to the next court hearing in seven days. King only manages to delay the court hearing because Jack gave him some new information before his disappearance that he could present to the judge. There was another company used to launder money. Then, the CEO himself also disappears, after he was released on bail. King believes that he is finally one step closer to finding the instigators but his further investigations lead nowhere. But then the case gets more and more complicated and suddenly Jack's life is in danger as well, who couldn't be convinced by Shirley to go back to Hong Kong. For the ICAC investigator the case is particularly problematic because his methods to get proof weren't always that legal... 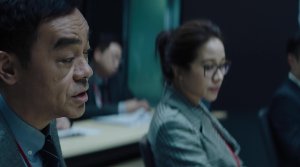 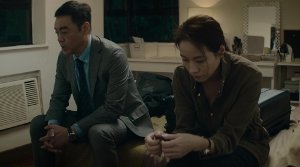 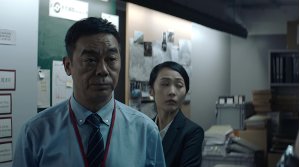 Review: "Integrity" is a textbook example for the reason why, for years now, you can't take Hong Kong cinema seriously anymore. On its surface the movie may seem like a gripping thriller, but below the surface, there is just a convoluted script, which barely makes any sense. However, the main story turned out rather decent and even a little bit refreshing, because it actually focuses on the plot and not on elements of action. There are no heart-stopping car chasing scenes and apart from an explosion and a little bit of car damage in the parking garage, "Integrity" steers clear from any kind of action. This is praiseworthy, after all, it is rather unusual that a director feels so confident about what he does that he lets his plot speak for itself. But next to a well-written story - which we most definitely don't get here - a good flick would also need characters that come across as at least a little bit believable at what they do. And that's absolutely not the case here. 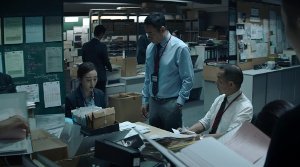 Thriller like this often use music and sound effects in an extreme way to establish a feeling of tension and danger. What stands out right away in "Integrity" is the fact that the music and sound effects bear no relation to the events that take place. For instance, we get a new information and just think: "Oh well, that's that." The music, however, suddenly gets extremely loud and suggests we have just witnessed the uncovering of a global conspiracy. And this is done in such an exaggerated manner that it almost turns into a caricature. Some scenes get incredibly ridiculous because of this approach and it is used all the way throughout the entire movie. But not just the tone poses a problem here. We get to see a desperate attempt to push the suspense of the movie in a scene during which somebody randomly holds a knife into another person's face for several minutes, so that he would finally tell the truth. The threatened person, Nick Cheung ("Line Walker"), who seemingly popped a sleeping pill right before every scene, then takes all the time in the world to explain himself as if he was reciting a good night story. 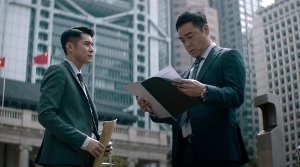 Moreover, the characters' behavior is completely unreasonable. Just like that, Shirley moves in with Jack for the sole purpose of keeping an eye on him, and of course she is always on the watch because she thinks that something strange is going on with this case. And then, she suddenly chitchats happily or complains about what kind of monster her future ex-husband is. Shirley, played by Karena Lam ("Silk"), may not be the only person with a bipolar disorder, but with her it's the most obvious. One moment, she is on the verge of tears because her marriage is over, but the next she is cold as ice towards King and goes shopping with his credit card in Australia and can't hide her joy about it. The marriage story between her and King doesn't work at all. There is no chemistry between the two and they don't come across human either. Even if it is clear what purpose the subplot serves, eventually, it is just more dead weight in an already convoluted script. 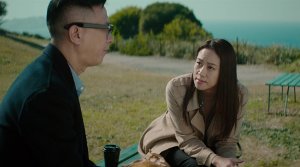 The script by Alan Mak - remember, he was one of the co-script-writers of "Infernal Affairs" (!) - is so incoherent that you have to ask yourself how something like that actually made it into production. As mentioned before, the movie's foundation is not that bad and there's nothing wrong with the twist either. It is everything in between that turned out disastrous. The fact that the characters are in the right place at the right time not because of their investigation but simply because of pure chance, is just lazy writing, which can be found in far too many thrillers nowadays. What is inexcusable, though, is the aforementioned behavior of each individual. They are completely incoherent characters. For example, King always pressures Shirley to do a specific task for the case, but when he tells her that the problem resolved itself, she has the same emotional reaction to it as if somebody just told her that it will rain that evening. And Jack, too, instantly backs away from something that just moments ago was really important to him. 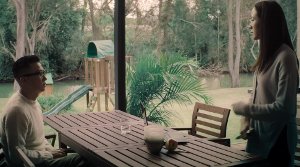 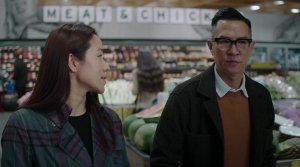 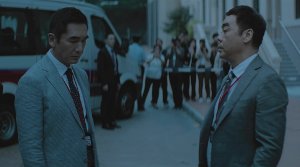 The script was written so weirdly that every actor breaks character at some point. This even applies to Lau Ching-Wan ("Life Without Principle"). Towards the end, everything falls apart. There is a flashback into King's adolescence, in which he was made younger with a ridiculous amount of make-up. And then there is another flashback into his childhood, which is even more ridiculous because its only purpose is to quickly explain a twist. And while the music gets louder, the big surprise is delivered with as much enthusiasm as if the characters simply read out aloud their lines. In addition, there is a hasty ending during which one character unexpectedly gets a happy ending, while the other one... well, you just have to see it yourselves. You cannot help but wonder: What just happened? "Integrity" is a real mess and doesn't deserve any moment of attention.