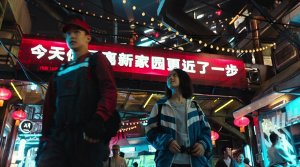 Story: In the not too distant future, the sun reaches the end of its life cycle and turns into a red giant. For mankind there is only one way to survive: leaving the solar system and emigrating to the galaxy Alpha Centauri, which is 4.2 light years away. As a means of transportation, people want to use Earth itself. All governments are dissolved and are brought together under the United Earth Government. Giant thrusters at the equator stop Earth's rotation, which leads to numerous natural disasters that cause billions of people to die. The rest of the population has to live in underground cities, because the temperature on Earth's the surface has dropped drastically. This is caused by the earth moving away more and more from the sun due to the thrusters. Liu Peiqiang (Wu Jing) is one of the astronauts (taikonauts) who travel ahead of the Earth in a space ship to secure the way. After fifteen years, he is finally allowed to go back to Earth to his son. In the meantime, his son Liu Qiu (Qu Chuxiao) manages to steal his uncle's pass and goes to Earth's surface with his adopted sister Duoduo (Zhao Jinmai). At this point, Earth passes Jupiter, whose gravitational pull is supposed to be used as a means of acceleration. However, a temporary spike in the planet's gravitation leads to earthquakes on Earth and numerous thrusters shut down. Now, Earth is heading directly towards Jupiter... 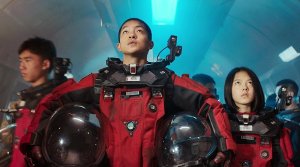 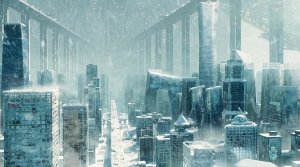 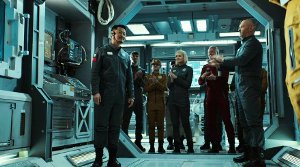 Review: Who would have thought that China of all countries would be the one to bring the sci-fi-genre back to life. Ignoring the fact, of course, that it never actually died. But this is exactly what most critics who speak highly of "The Wandering Earth" want to make us believe. In some respects, you can understand why, because we do get to see a pretty impressive sci-fi movie, even though this is only due to its budget (50 million dollars) and special effects. But maybe one should also point out another important aspect which makes the movie so accessible, especially for an international audience: It does not spell out the fact that we are watching a Chinese movie at every given moment. In fact, there are no nationalistic tones at all. Instead, the movie focuses on the notion that the world can only be saved by united nations, people who are there for each other. Needless to say, that you shouldn't fall victim to window dressing either. After all, the real heroes of the story are Chinese... 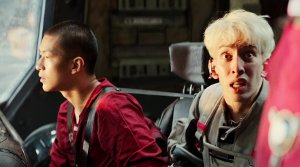 The plot is extremely fantastic, and even if the aftermath of Earth being removed from the solar system is not glossed over at all - like the sea level rising hundreds of meters, ginormous tsunamis sweeping across the country, earthquakes destroying entire stretches of land - and they show how living on Earth is only possible underground, you cannot help but think that under these circumstances it would be impossible for mankind to survive. Interestingly enough, the movie's tone is still full of hope, even though it is always clear that mankind won't reach another solar system, which would make a "normal" life possible, for generations to come and even then, the sun there might cause completely different problems. And what about the resources? Will they really last that long? Be that as it may, it is understandable that the movie can't cover all these issues, and it is without a doubt praiseworthy that the movie is thought-provoking, at least. 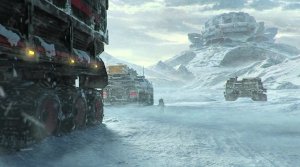 But what lies beneath the surface? Honestly speaking, nothing more than another typical blockbuster similar to "Armageddon", "The Day After Tomorrow" or "2012". Nevertheless, it is pretty impressive that China can keep up with this kind of Hollywood flicks. The CGI effects turned out pretty impressive, apart from some few scenes which should have ended up on the cutting room floor, and the wonderful sets at the space station as well as the underground cities and the dystopian icecovered landscapes add to that quite nicely. Here, everything oozes big budget production. But the shortcomings of the movie are the same as with Hollywood productions. An adolescent and his adopted sister turn out to be the heroes who outshine trained professionals, even though they are acting incredibly stupid a lot of times. And to add a little bit of foundation to the story, the filmmaker introduces a problematic family relationship between a father - Wu Jing ("Wolf Warrior 2"), who is not portraying a martial artist for a change - and a son. However, all of this still remains rather generic. 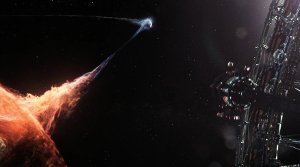 In addition, there are numerous other characters, as well. And as usual, you can't really keep them apart, so that during the inevitably dramatic death of one or two of them, you find yourself asking: "Oh, that was supposed to be somebody important?" The script, too, has some problems with keeping up the pace. Between the action sequences the film drags on at times. At least towards the ending, the movie builds up enough suspense to compensate for this shortcoming. Still, you sometimes get the impression that director Frant Gwo wants too much all at once. The finale could have turned out more compact. On the other hand, the scenes on the flying space station - a scouting space ship, to be precise - made for a nice change. Especially since the on-board computer, reminiscent of HAL 9000 from "2001: A Space Odyssey", creates some problems as a possible antagonist. In addition, despite the predictable dramatic moments, there are also some nice tear-jerker scenes. 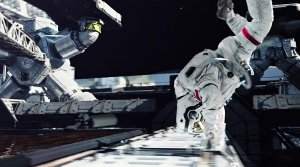 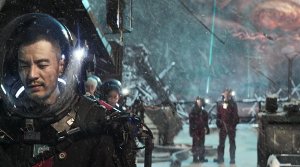 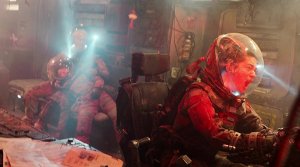 Predictability is also an important key word concerning the finale. Oftentimes, you are simply shaking your head in disbelief hearing some of the hero's ideas, because you have to ask yourself why some more clever-minded people haven't had these ideas before. But as the movie is loosely based on Liu Cixin's bestseller of the same, the story is not complete nonsense and shows us that this was actually the case, but that in their estimation the chances for success were zero. Then, once more, the genre cliché of hope and mankind sticking together melodramatically comes into effect. It is probably clear by now, what this review's conclusion is: China has provided better sci-fi options with movies like "Reset", but at the box office this movie was more successful (grossing 700 million dollars) than anything similar in that genre, which also made Netflix put it into its program. A sequel is as good as certain. But my enthusiasm is ambigious: As a sci-fi movie "The Wandering Earth" is as much of a shallow and loud entertainment film as many Hollywood productions, but at the same time, the success means that we will get to see the genre blossom in China. And this will make the hearts of sci-fi fans leap for joy.