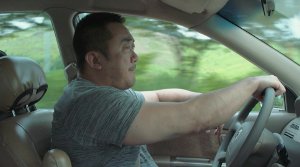 Story: Yeok Gi-cheol (Ma Dong-seok) is actually a boxing coach, but after finding out that the fights are rigged, he moves to a small town, where, thanks to the help of an acquaintance, he gets a job as a PE teacher at a school. There, he soon meets the student Kang Yoo-jin (Kim Sae-ron), who always causes trouble. Above all, she drives everybody crazy because she uses all her energy to find her friend Soo-yeon (Shin Se-hwi), who has just disappeared not too long ago. It is clear to the teachers and the police that the girl simply ran away from home and will return soon. But Yoo-jin quickly finds the establishment where her friend had worked before she disappeared. When she goes there, she gets into trouble, but fortunately, Gi-cheol has followed her to keep an eye on her in case she would do something stupid again. He brings her home, but she wants to walk the last few meters alone. On the way, she is attacked by a masked guy. Since she forgot her mobile phone in Gi-cheol's car, the teacher comes back and can chase the attacker away. However, the police do not take the incident seriously and the disappearance of Soo-yeon is not a high priority either. Now Gi-cheol also believes that something is wrong. The whole city seems to be very careful, because there is about to be an election and they don't want any bad publicity. Gi-cheol therefore helps his student to push the search for Soo-yeon forward. 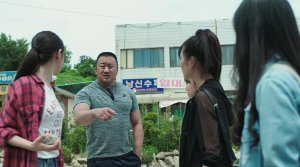 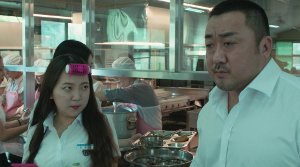 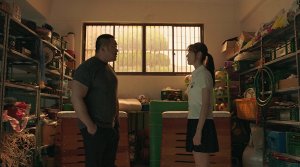 Review: "The Villagers" shows some well-known themes, but doesn't really mix them in an original way. The result is a pretty entertaining thriller, but one that still remains below the level of what would have been possible. This is particularly noticeable because the first half very skillfully builds up tension and introduces some rather interesting topics. After all, the small town seems to turn a blind eye to obvious problems just because there is an election, and therefore we have to wonder whether the inhabitants are becoming accomplices themselves. Because it is clear from the start that a crime has taken place. And children do not have a voice in order to apply the necessary pressure to get the police to do their job. Therefore, we have to have an outsider question the existing structures. In the end, however, the movie doesn't make anything profound out of these topics. 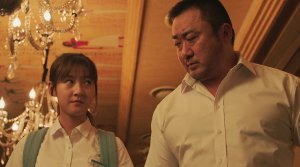 Of course, the movie begins rather lighthearted and makes fun of the fact that the PE teacher Gi-cheol is pigeonholed by his students because of his large stature. So, he has to put up with a lot of things, but of course he has a good heart and at some point, he manages to gain Yoo-jin's trust. The characters portrayed here should have been written a little bit more three-dimensional, but Ma Dong-seok ("The Gangster, the Cop, the Devil") knows the role that has been written for him and can play to his strengths. He also adds a few silly elements to the movie, for instance, when he wins a plush toy at a claw machine. However, it is also more than a pity that Ma is once again put into this rather stereotypical role of the good-natured bear, who can also throw a punch if necessary. At some point, you just want to see a little bit more. But "The Villagers" doesn't do any experiments when it comes its characters. 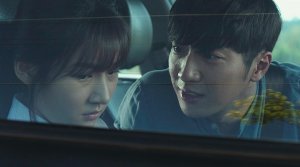 Kim Sae-ron ("A Girl at my Door") is a talented actress, so it's only thanks to her talent that her role actually doesn't turn out as flat as it is on paper. Therefore, the actors manage to compensate for the script's weaknesses. These weaknesses can also be made out in the progress of the plot. Everything seems a little bit simple and follows one common thread. Unfortunately, this also means that we can always see in advance what will happen next and there are no twists that could throw us off course. From the second half onwards, the film actually gets really disappointing. It's all by the numbers and we can actually make out the bad guys a mile off. At least, the supporting actors do a decent job. However, the movie basically builds on the chemistry between the two protagonists, even though the emotional bond that we would have wished for never really develops. 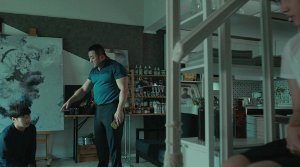 But there are small scenes, like the one in which Yoo-jin looks at her teacher and Gi-cheol gives a slight nod to show her that he knows what she wants to say, which make it believable that there is trust between the protagonists. This is a good basis, which almost makes us forget about the fact that "The Villagers" is actually quite lighthearted at the beginning and at some point gets pretty dark. After all, it is already clear at the beginning that something is wrong with the small town and that people behave strangely. Since we see this through the eyes of the teacher, it seems funny at first. But then the teacher and his student become investigators and bring more and more facts to light. Unfortunately, coincidence also plays a big role here so that the characters quickly believe a suspect even though he gives weird excuses, just because it is convenient for the script. That's not good writing. 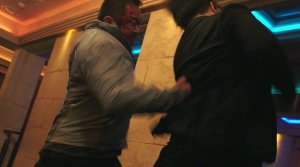 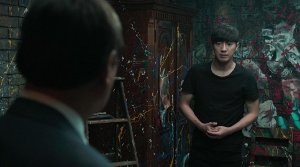 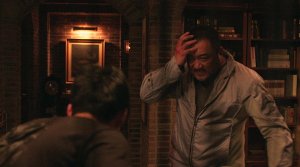 Of course, there's also a little bit of action. After all, Gi-cheol is a former boxer. And as we've seen in other movies with Ma Dong-seok (for instance "Unstoppable"), the movie plays with the feeling of satisfaction when the teacher fights the bad guys and breaks one or two noses in the process. Gi-cheol, however, seems invincible, only some attacks from behind make him stagger here and there. Unfortunately, that means that there is no real suspense. But it's still fun to watch. Nevertheless, "The Villager" mainly has a problem with its unoriginal story. It is actually about some interesting topics, but in the end, it offers nothing new and holds back on suspense. When the credits roll, we realize that we were entertained quite nicely thanks to the actors, but we will completely forget the thriller in a few days.