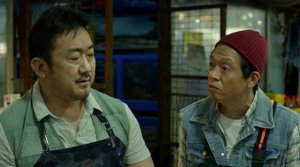 Story: Kang Dong-cheol (Ma Dong-seok) works at a fish market and oftentimes becomes entangled in shady businesses during which he ends up losing a lot of money. His wife Ji-soo (Song Ji-hyo) can hardly take his good-naturedness anymore and even loses her nerves briefly when he tells her about one of his new investments on her birthday. When she walks home angrily, she gets kidnapped at home by a group of gangsters. Dong-cheol cannot believe that his wife was abducted and goes to the police. There, it turns out that Ji-soo is just one of numerous women who have disappeared during the last couple of years. An organization which specialized in human trafficking kidnaps women and sells them to rich men within the country and abroad. The group's leader Gi-tae (Kim Sung-oh) gets into contact with Dong-cheol and gives him an address to meet with him. There, the husband finds a bag full of money. Gi-tae wants to convince Dong-cheol that it would be best to take the money as payment for his wife and leave it at that. It seems that Gi-tae operated this way for all the kidnappings and this is why no women has ever been found. But Dong-cheol is not willing to sell his wife like all the other men before him. He brings the money to the police, but the investigation doesn't make any progress. With the helping hand from his friend Choon-sik (Park Ji-hwan) and a private eye (Kim Min-jae), Dong-cheol decides to take things into his own hands and sets out to find his wife. 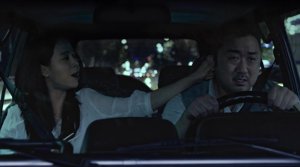 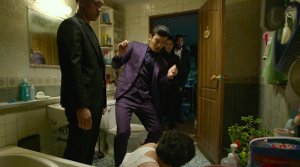 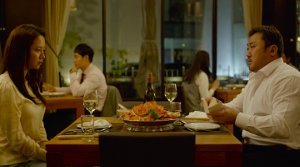 Review: "Unstoppable" is an action drama which will probably alienate those viewers who expected a Korean version of "Taken". Even if this is how the movie was mainly marketed, the flick would hardly have a right to exist if it were just a "Taken" knock-off. Instead, the movie proves to be much more sophisticated and comes along with a soul. To elaborate: The movie breathes life into its characters, not least because of the likeable lead actor, but also because of the damsel in distress, who is actually not a damsel at all. Thanks to the great chemistry between the husband and wife we actually care about the kidnapping. So, in the end, it pays off that the introduction takes its time to show us the married couple's personal circumstances. Now, we are not just fixated on getting from one action sequence to the next, but actually care for the story as a whole. 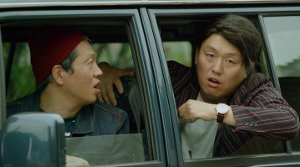 That is rather surprising because the plot is anything but original. However, it gets a new coating through the bad guy's approach to pay the kidnapped wife's husband a lot of money. That is why - except for our hero - nobody ever complained, even if their might have been some remorse. Does this aim at criticizing a capitalist society in which there isn't room for love anymore? Maybe, but that's as deep as the movie gets in terms of socio-criticism. Instead, we follow a husband on his revenge campaign, even though he used to be a gangster himself - at least according to some hints we get. And you can hardly believe his dark past because of his naïve but loving character and the quality of the relationship with his wife, who is clearly wearing the pants in the marriage. What is most fascinating is the fact that Dong-cheol defeats the bad guys with punches that could bring down a bull, but at the same time, never loses his good heart. 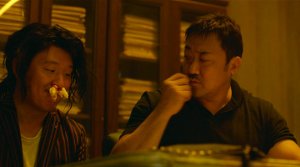 Nevertheless, after his wife's kidnapping, Dong-cheol is still a man with a purpose. With "Champion" and three other movies in 2018, Ma Dong-seok has already had the chance to show that he is indeed a rising star and he gets more and more successful - which, by the way, was pretty foreseeable. This time, too, he manages to give color to a role, which at first glance could have easily turned into a man with a vacant stare taking revenge on his wife's kidnappers. There are a few action sequences, but they all stand in service of the story and this is what makes "Unstoppable" work so well. In fact, you may even be a little bit disappointed by the action sequences, because they are rather short. Dong-cheol needs one, maybe two punches to knock his opponent out. Or he throws them through the room as if they were dummies. This is pretty spectacular but it also finishes the skirmishes rather quickly. 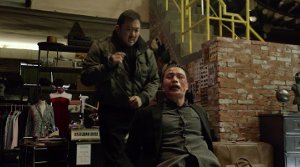 All this may sound as if Dong-cheol was an undefeatable action hero, but that's exactly what he isn't. He is vulnerable and his wife's fate is in the dark, as well. Therefore, you can't always be a hundred percent sure that it all adds up to a happy ending. Because director Kim Min-ho put a lot of work into his characters, the events affect us deeply. And that is exactly why the action seems more intense than it actually is. Even when Dong-cheol takes a stand against a Taekwondo expert and the fight is over underwhelmingly quick. Somehow, it might even be this form of realism that makes the events more suspenseful. Punches and kicks are dangerous and can mean an immediate end to the fight. At the same time, director Kim does not miss out on lightening the mood a little bit. He uses the supporting cast for humorous elements, especially Dong-cheol's friend as well as the private investigator, but there are also some jokes at the expense of the protagonist himself. 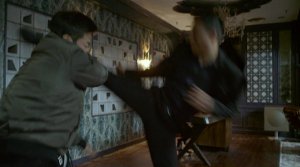 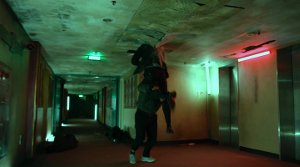 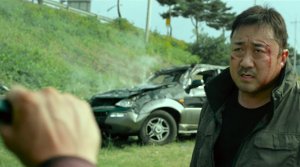 "Unstoppable" doesn't always take itself too serious, but when it is necessary, the movie manages to captivate us. The gangster boss' recklessness also gives the movie a rather gritty touch. However, this action drama is not needlessly violent, either. In addition, Song Ji-hyo ("A Frozen Flower"), as the wife, manages to seem both tough and worthy of protection. You simply have to root for the characters because the married couple works as a foundation for the story. By the end of the movie, all this gets pretty obvious when a rather simple scene manages to affect you quite strongly. And that's what makes "Unstoppable" - and interestingly enough, many other movies with Ma Dong-seok in them - so successful. It is a small movie with a story which is not necessarily original, but the characters are interesting and loveable and that's what makes the movie surpass itself. As a result, "Unstoppable" can by no means be seen as a copy of "Taken", but it is rather an entertaining, thrilling and even humorous movie for a delightful evening.