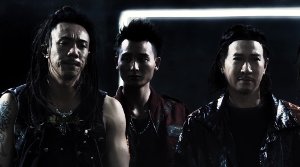 Story: Yu Chau (Nick Cheung) is an undercover cop, who has been part of the underworld for so long that he can't seem to distinguish himself from the gangsters anymore. Nevertheless, when it comes to eliminating them, he shows no mercy. The only person who knows about his real identity is his superior Jim (He Jiong), who instructs him to infiltrate a gang and destroy it from the inside. Basically, this is nothing new for Yu and even when his new boss starts a fight with a rival resulting in a shoot-out between two gangs, the undercover-cop turns out to be the only survivor. But Jim's actual goal to track down the mysterious "boss" fails once more. During his new assignment, Yu seems to have better luck. He is supposed to kidnap a girl and his new boss gives him a password before he dies. The little girl is in fact part of an entire group of children, who are kidnapped and experimented on, so that they can memorize passwords better. What these passwords are used for or where the "boss'" headquarters are, is still a mystery for the policeman. Moreover, his superior seems to be the only one who has not been bought off by the "boss" and so Yu also has to deal with crooked policemen. Because of his year-long experience as an undercover-cop Yu, fortunately, has a solution for every problem at hand. 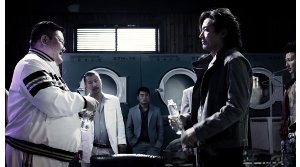 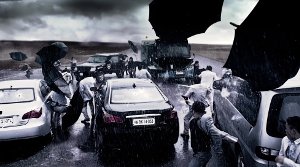 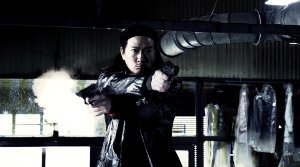 Review: After watching "The Trough" it is almost impossible to say that you have seen just one movie. This potpourri of different ideas does not only get tedious at some point, but it is also really ridiculous. If you manage to come to terms with that, you might be able to have some fun with this movie, even if it is for the wrong reasons. This is one of those flicks, which might turn into a cult movie, which you watch with some friends, commenting on various scenes while having a beer. Even if you are watching alone, you might have a fun time and this could even have been the movie's intention to some extent. But most of the time, the movie simply suffers from some sort of identity crises and jumps from one idea to the next, like a child suffering from attention deficit disorder. But even those viewers who themselves cannot concentrate on the plot, will find fault with the numerous inconsistencies and questionable decisions. 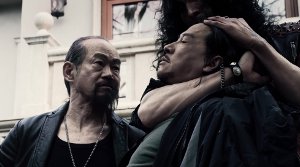 First of all, let's start with the introduction of the protagonist, which presents the main character as a lone wolf and tough action hero in such a cliché-ridden way that it is almost embarrassing to watch. If you keep watching, you will also realize pretty soon that this introduction bears no relationship to the rest of the movie. However, that is almost understandable as nothing really fits together in this movie. The gang was infiltrated by the undercover cop and he manages to bring about its downfall rather quickly. Therefore, all the characters up to this point were basically absolutely irrelevant. After that, the plot turns into a completely different direction: kids are experimented on and used as a save location for passwords and only then does the real villain of the movie show up, but we can't really build up any sort of relationship to that individual. The movie takes place in a multi-cultural futuristic city which is similar to Hong Kong and gives off some sort of science fiction vibe, as well. 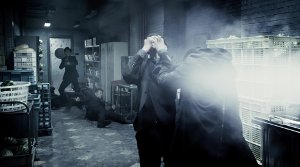 The pictures are filtered in a way that a huge part of the color spectrum was taken away and everything seems rather gray and drab. Along with the combination of a mostly gritty look and unusual camera work, the movie most likely wanted to create an action flick which would also meet the demands of an artistically more sophisticated audience and therefore also find advocates at film festivals. Even if you feel inclined to praise Nick Cheung's creativity, you cannot really say that he did a good job. Oftentimes, the direction even seems amateurish and therefore his third try in directing trails behind "Keeper of Darkness". There is not just the dilettante style of some scenes, but also the fact that Cheung wants to present himself as an action hero without compromise, but also seems to have a big heart. And as soon as we learn more about his past, we realize that this character has been put on paper wrong-headedly and incoherently. 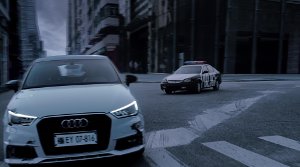 As mentioned before, this flick seems like a typical Hong Kong film-noir in the beginning, complete with heroic bloodshed. Admittedly, the blood is computer generated but the gunfights at the beginning are choreographed quite nicely and they are rather violent, as well, so that you believe to be dealing with a nice little action movie without expecting any profoundness. The actor's and director's narcissism might already be obvious at this point, but it is still bearable. The way the movie develops after that, though, defies any explanation. However, I will give it a try: There are crooked cops and a superior who lets Yu Chau do whatever he wants to so that he can shoot his way through one villain after the other and afterwards calmly interrogates the underground organization's boss at the police station. Finally, Yu ends up in handcuffs, though. However, we can see him out of prison in the next scene without any explanation whatsoever. There is no way that his superior could have had so much influence, especially because the bad guy managed to buy off almost the entire police force! 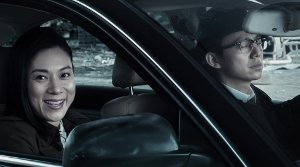 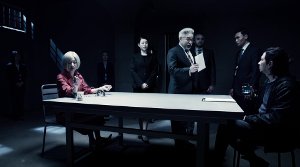 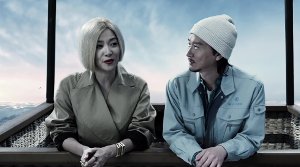 Nevertheless, we could have overlooked this aspect if it weren't for those incredibly stupid decisions that the characters constantly make and which are absolutely absurd. One of these decisions leads to a child dying and somehow even this does not have any serious consequence. Because of the harrowing script, you just stumble from one action sequence into the next and nothing really fits together. However, the action scenes are classy and pretty well done and especially one certain car chasing sequence sticks out. Next to that, we have a cool soundtrack by Chan Kwong Wing ("Infernal Affairs") and due to its colorless pictures and its look the movie also has some sort of charm. Every time the director tries to push his plot forward, though, the story gets ridiculous. At the end, "The Trough" does simply not know, which of the ten movies it comprises it actually wants to be. Here and there, you will manage to have some fun with this flick, but it does not satisfy any basic criteria for a good review and therefore there is simply left to say that we have a rather bad movie here.