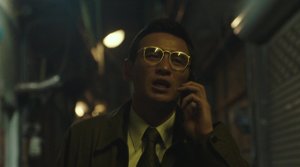 Story: Park Seok-yeong (Hwang Jung-min) is in the military and gets recruited to work as a spy for the Korean secret service NIS during the 90s. Choi (Cho Jin-woong) leads an operation within the NIS that tries to find out whether North Korea really possesses nuclear weapons under King Jong-il's dictatorship. Choi recently interrogated a physician, who had been to Pyongyang suspiciously often, lately. There is supposed to be a nuclear facility there, in which nuclear weapons are manufactured. For his assignment Seok-yeong leaves the military, runs into debt, starts drinking and tries to make it as a businessman in China. There, he hopes to create a direct contact to North Korea through someone who sells North Korean goods. When he notices that he is being tailed, he knows that he is on the right track. Eventually, high-ranking North Korean Ri (Lee Sung-min) contacts him and because Seok-yeong poses as a capitalist, who is just interested in money, it is easy for Ri to deal with him. In addition, Ri has to drum up business for his country, so that his homeland does not starve completely. Eventually, the South Korean spy proposes to start an advertising campaign in North Korea. This would mean a lot of money for North Korea, without having to give anything away. Seok-yeong, on the other hand, would be able to get into the country unnoticed and he could inspect the nuclear facility. However, Ri is not authorized to decide all this on his own and so Park Seok-yeong is supposed to meet up with North Korean dictator Kim Jong-il... 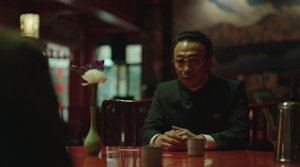 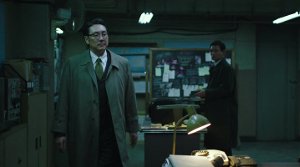 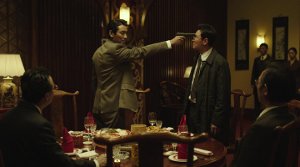 Review: Thrillers revolving around spies still go down well with audiences, so long as there is a good amount of action. "The Spy Gone North", however, turns away from this kind of trend of current thrillers and comes along much more politically oriented. Here, the focus is on the conversations, which does not harm the suspense, though. Because just one wrong word might mean the end for the spy and Park constantly finds himself in dangerous situations. It's this danger hovering over every situation, accentuated by an effective score, that glues the audience to the screen. The plot is complex and based on a true story as well as a real-life spy, but it also manages to portray a realistic picture of the political events within the country for a Western audience without turning into a historic documentation. Surely, this is not that easy to accomplish. Unfortunately, in some situations the movie addresses topics more directly than would have been necessary. 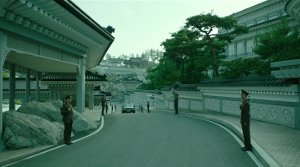 But what needs to be criticized most, is the characters. They are just pawns in a big scale game of chess. Of course, this was the movie's intention, but it makes it hard to see Park as a human being. We do share the thrill with him, but not necessarily because we want to see him survive the intrigues. He remains too much of a flat character for that. This might get better towards the end, especially when he starts to ask himself, for what exactly he is doing all this, but it is still not enough to make us deeply care for his well-being. Hwang Jung-min ("The Wailing") at first glance might not have been the right choice for the role of the spy, particularly because he portrays Park in a not that extraordinary way. But later this proves to be a rather genius performance choice by Hwang. That someone like Park gets suspected to be a spy, is rather unlikely, and that is exactly the way it is supposed to be. Hwang also manages to give some pretty nuanced acting performances that make us see what is going on beneath the spy's surface. 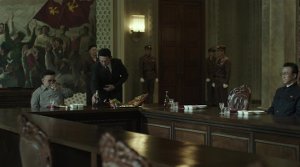 However, it is the political tug-of-war which makes the movie so interesting and gripping. It's not just the North that uses the media as a means of propaganda. And the Korean secret service NIS has enough power to influence the elections in their interest. With Kim Dae-jung, a politician from the opposition, having the chance to win the presidential elections for the first time. As Kim preferred a policy of peaceful reconciliation towards the North (later, he would get the Nobel Peace Prize), the secret service labelled him as a communist who, by no means, should be in power. A black and white thinking, which is common nowadays, as well. But if you think about it, you might not be surprised that the secret services of the North and South team up to prevent all this. Because, what do those in power in the North and South both need? A common enemy to present to the people so that they may stay in power. 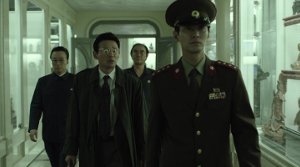 No wonder that at some point Park doesn't know anymore for whom or what he actually fights. We see the population in the North starving and bodies piling up in the streets of the residential areas, Kim Jong-il living in a completely different world, and a South Korean secret service which doesn't care about the population either and just thinks about its own well-being. There are various developments within the story which keep the movie's suspense level up during its - however, still a little too long - 137 minutes running time. The game of espionage mostly seems like tilting at windmills and the only good thing that comes out of it is the first steps of reconciliation of the two countries through an advertisement deal, which actually just serves as a cover-up for Park so that he can move around freely in the North. Not only Park, but also Ri, played by Lee Sung-min ("The Piper"), who manages to give the North a somewhat human face, realize that something good came out of this deal and that this shouldn't be destroyed by the power play behind the curtains. 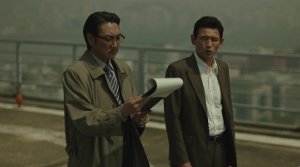 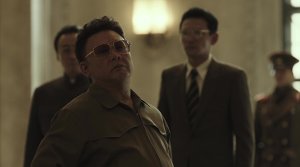 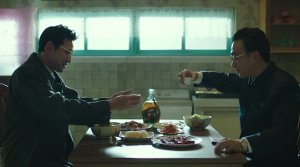 Director Yoon Jong-bin ("Kundo") brings the nineties back to life through beautiful sets. Especially the scenes in the North are very well-done. In addition, the story distinguishes itself through a certain kind of cynicism. The events don't just come thick and fast, instead the complex story is broken down into the bare essentials and you don't have to be afraid to get lost. Towards the end, there are also some emotional scenes. However, this is where "The Spy Gone North" sometimes struggles with the fact that it celebrates some aspects too much. Less would have been more. This also includes the ending, which actually seems as if the director patched various possible endings together. But all in all, this thriller is a well-done throwback to the espionage movies of the Cold War. Despite the aforementioned points of criticism, you need to congratulate "The Spy Gone North" for its focus on the actually quite epic story and its critical accounting for the political events within the country, making it an easy recommendation.