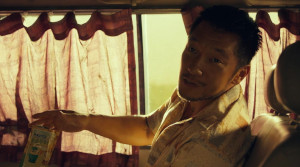 Story: Detective Ma Seok-do (Ma Dong-seok) is supposed to go to Vietnam in order to transfer a criminal to Korea who turned himself in. Mas captain (Choi Gwi-hwa) accompanies him because he senses a good opportunity for a few days of vacation. However, Ma manages to make the criminal tell him why he wants to return to Korea voluntarily. It's because someone is after his life. It turns out that he was involved in a kidnapping in which they pressed a rich company manager for money in return for letting his son go. The father paid the money, but the impulsive and bloodthirsty Kang Hae-sang (Son Sukku), who was leading the kidnapping, eventually killed the son anyway. Now, the father has set mercenaries on anyone who was involved in the kidnapping. Yet, Hae-sang knows how to defend himself. Meanwhile, Ma and his captain follow the traces laid before them, but each time they are too late and only stumble upon dead people, which is why the local police are soon fed up with this kind of trouble and want Ma and his captain out of the country. At first, the traces in Vietnam seem to go nowhere, but then it turns out that Hae-sang went to Korea. There, he wants to face the man whose son he killed, so that he would finally stop setting killers on him. In addition, he hopes to be able to blackmail some more money. But Ma finds out about that too, and so the trail of blood that Hae-sang leaves behind leads back to Korea. 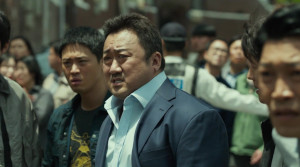 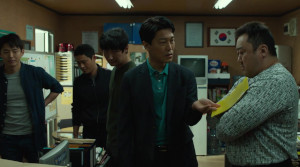 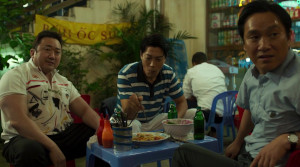 Review: After the great success of "The Outlaws", which also represented Ma Dong-seok's big breakthrough, it was only a matter of time before a sequel would find its way onto the screen. In fact, we had to wait surprisingly long, but as Ma Dong-seok also took on a role in Marvel's "Eternals", credited as Don Lee, and had several other movies scheduled as well, this should not come as a surprise. "The Roundup" now offers exactly what you would expect, but sadly, that might not be enough for some viewers. That is because even though Ma in his role as the tough cop, who never loses in conflicts due to his one-punch knockout, had something special about him in the first part, he has now been in too many movies with similar roles. On the positive side, however, it should be noted that viewers could easily follow the flick without having seen the predecessor, and furthermore, this movie does not chose the exaggerated approach of many other sequels. "The Roundup" is an action thriller with a light-hearted undertone, but you also get quite a lot of blood. 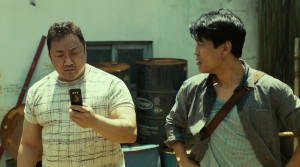 At first, it seems as if the sequel would take the same route as movies like "The Golden Holiday" in trying to move the action to a Southeast Asian country in order to create a little holiday feeling. Fortunately, this is not the case, because the story soon finds its way back to Korea. Instead of Chinatown, as we got to see in the first part, we get some Vietnam this time, which provides us with a culturally slightly different tone. Another special aspect is that the movie takes place in 2008, which is four years after "The Outlaws", and you can often tell by the technology used (mainly mobile phones and televisions). As director, Lee Sang-yong, who already functioned as Assistant Director for the first part or for "Long Live the King", takes over from Yoon-sung, but he always keeps an eye on what is important visually and tone-wise in order to pick up on what "The Outlaws" did well. There is a pleasant balance between violent power struggles of gangsters and subtle, sometimes dry humor. 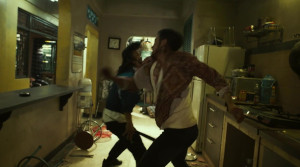 While we're on the subject of balance, it's important to point out that the success of the first flick was also due to having found a perfect counterweight to the hero with the unscrupulous villain. Director Lee is very well aware of this fact and therefore focused on a hateful, cold-blooded gangster who constantly manages to slip through the investigators fingers. Son Sukku (mostly seen in drama series) does an excellent job, so that the antagonist always seems unpredictable and overpowering. Of course, only until he comes up against Ma. The detective not only has a punch with which he could knock out an elephant, he is also able to smoothly dodge knives and hatchets only to then counter with a shoulder throw, for example. In other words, when you see enemies flying through the air after a punch, you start wondering whether Ma might actually have any superpowers. Can this get annoying? Not really, because most viewers will have paid to see just that. 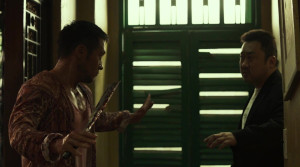 The fact that the hero of the story seems invincible doesn't bother as much as you might think. Because the story does not allow the detective to be everywhere at the same time, and in addition, a complex chase, for example, makes it necessary for the whole team to be involved. Thanks to script decisions like that, the suspense always stays high, although there is not as much action as you would have thought. At least, Ma's fists are featured, albeit rarely. But with that, the movie remains true to the first installment as well. And with the finale in a bus, all viewers who once more want to see with great satisfaction how Ma makes sure that the villain gets his just deserts, will be quite pleased. Since there are hardly any guns, but instead a lot of knives are used, the movie is quite violent, but never any more than necessary. With that, "The Roundup" also has something of a dark gangster flick. But since Ma always adds a pinch of dry humor to the events with his witty remarks, the flick could almost have passed as a family movie as well. 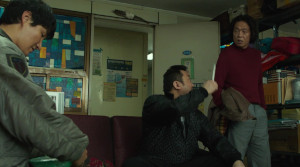 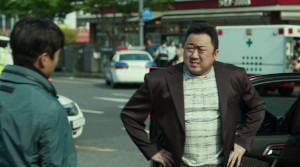 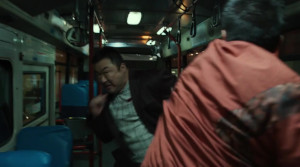 The chemistry between the detective and his captain also gives the story a more carefree base. In the meantime, the story always offers enough developments as well, even though it is still a typical action thriller plot without big surprises. With its running time of 105 minutes, the director also demonstrates that you should always leave viewers wanting more. Despite everything, I'm still not so sure why "The Roundup" was so incredibly successful (there is another sequel planned too). It's actually a comparatively small movie, but perhaps it has to be praised that the sequel stays true to its roots, and that the director did not let himself be seduced by a big budget. Ma Dong-seok also delivers exactly what we expect from him, and the other characters also work well. So, with that, the movie is clearly worth a recommendation, even though the hype does not necessarily seem justified. Then again, Ma Dong-seok clearly deserves the success.