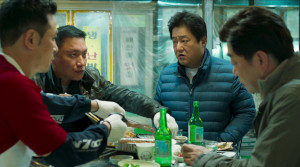 Story: Byeong-so (Kwak Do-won) doesnt have it easy in life. It's his birthday and his bank gives him an ultimatum to finally pay the next mortgage rate of his house. But at the moment, things dont look so good financially, as his friend Yong-bae (Kim Sang-ho) borrowed money from him years ago and then just disappeared. By chance, Byeong-so finds out that his friend is currently said to be on the Philippines. In fact, he suddenly gets a call from him, in which he says that he found a gold treasure he has been looking for for years, but then the connection breaks off. Byeong-so thinks that this is just another attempt from his friend to rip him off, and he has no time to deal with nonsense like that. Because at the police station some officers, including him, are scrutinized as they are accused of corruption. His boss is mainly responsible for the whole thing, but someone in the team will probably have to take the blame for it. In addition, Byeong-so forgot his tenth anniversary with his wife, and she wants to go away on a trip, preferably to the Philippines. Eventually, Byeong-so complies and coincidentally runs into an old acquaintance, Man-cheol (Kim Dae-myung), in Manila. He tells him that Yong-bae is actually in prison. So, Byeong-so visits his old friend there and finds out that the gangster Patrick (Kim Hee-won) framed Yong-bae for murder so that he would tell him where the gold treasure was hidden. Byeong-so wants to get to the bottom of things, but has no idea how dangerous Manila is... 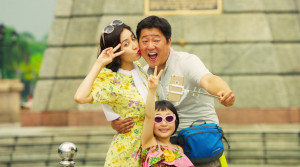 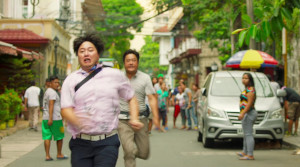 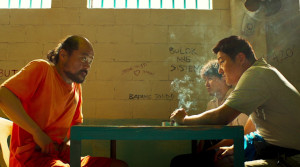 Review: "The Golden Holiday" is one of those flicks that you might watch on TV on a Saturday afternoon, and while you might have a good time at first, you suddenly start to wonder whether you havent actually already seen the movie, and then you regret not having done anything better with your time. That's why I don't watch movies on Saturday afternoons. Even though I didnt feel like having wasted my time here, there is still no way around calling this action comedy mediocre. And thats despite the fact that everything that could possibly entertain you, can actually be found in this movie. A premise that doesn't take itself too seriously, an adventurous treasure hunt in a foreign country, and quirky characters. In the end, however, the movie lacks depth and character development. On the other hand, it also has to be mentioned that the flick does not pretend to be more than it is. For some viewers, that might be enough. 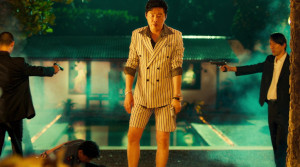 The setting manages to create a holiday feeling, but when the detective starts looking for clues trying to find out who put his friend behind bars, the darker sides of the Philippines come out as well: theft on every corner, corrupt police officers, and dirty backyards. Nevertheless, the color scheme of the movie generally stays friendly and bright. In terms of mood, you shouldnt/mustnt expect something like "Deliver Us From Evil". Even though the villain may even look intimidating in his own way at first, the more we see him on screen, the less seriously we can take him, as there are also some slightly more carefree moments with him. In addition, we get two locals who work as bodyguards for our heroes, although they look anything but intimidating. All this fits well into the light-hearted framework of this movie and doesnt offer the viewer any surprises. 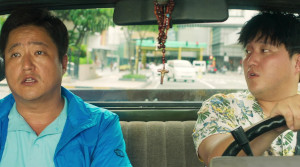 However, there is one positive surprise, namely that the protagonist is not your typical incompetent investigator, who always makes witty remarks, even in dicey situations. Even though Kwak Do-wons appearance would actually fit for a character like that, the actor is mainly known for roles such as the shady consultant or the lead in one of the best horror movies: "The Wailing". It should therefore come as no surprise that, besides all the nonsense the script provides him with, he still manages to find the time to give his character some rough edges. For example, Byeong-so accepted a bribe but now struggles with it mentally, he is generally a loving father and also holds onto a friendship that others would long have given up on. Especially with his daughter, the detective has a nice scene, but that's what makes it all the more noticeable that his wife is just an annoying extra. You cant call the supporting characters well-written, anyway. 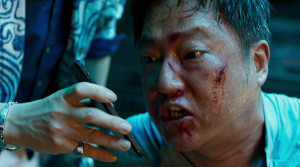 Moreover, Byeong-so is a pretty unpredictable hero. Sometimes, he is extremely naïve and even though he is repeatedly warned, he constantly gets stolen from. In addition, he does not understand how Manila's corrupt system works, although he has already experienced it first-hand. And as an investigator he does not seem to be the brightest one either. On the other hand, thanks to his experience as a boxer, people should not underestimate him in physical confrontations. Unfortunately, you get the impression that Byeong-so was written that way just so that the script can use him according to what a certain situation demands. The same goes for the investigation itself. Every now and then you almost get the feeling that something close to detective work is happening here, but then the characters always end up at an impasse, from which they immediately find their way out, though, thanks to some coincidences. This even goes so far that, at one point, we have to ask ourselves whether we could have skipped an entire hour of the movie, because the hero already held the answer in his hands at the very beginning. 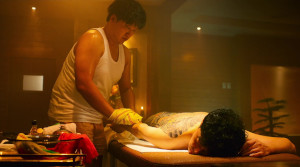 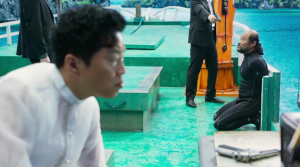 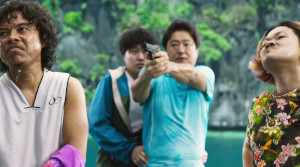 Still, thanks to these coincidences, things always come thick and fast, which clearly tries to stop the viewer from thinking about the shallowly written script. There are also some action scenes, and the one with the two bodyguards is actually a nice surprise. Thankfully, the flick is also not as over-the-top as you are used to from similar genre works. But whats particularly disappointing is when you realize that the director of this insignificant adventure comedy is in fact Kim Bong-han, whose "Ordinary Person" was able to bring much more substance to the screen. Unfortunately, all thats left to say about "The Golden Holiday" is that you get popcorn cinema of the "consume and forget" kind. The only positive aspects are Kwak and Manila as a filming location.