The Odd Family: Zombie on Sale 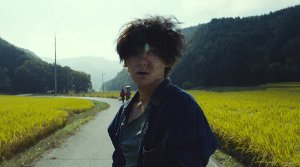 Story: Joon-geol (Jung Jae-young) lives in a suburb and owns a gas station. He barely manages to make ends meet for his family by ripping off people who are passing through. His wife Nam-joo (Uhm Ji-won) is responsible for money management and his younger sister Hae-geol (Lee Soo-kyung) also lives with them. His father Man-deok (Park In-hwan) lives in a caravan and wants to make his late wife's dream come true and fly to Hawaii. Unfortunately, he suddenly gets bitten by a zombie (Jung Ga-ram). Joon-geol even runs the zombie over with his car, but it flees afterwards. Eventually, the undead man finds refuge in Joon-geol's barn. Hae-geol looks after the zombie, who apparently loves Chinese cabbage, and names him Jjong-bi. When Min-geol (Kim Nam-gil) shows up in the suburb because he lost his job and wants to visit his family, he is the only one who realizes what kind of creature they are actually dealing with. For him, it is clear that his father will turn into a zombie as well because he was bitten. Astonishingly enough, the bite even takes some years off of Man-deok. The father scents a big business opportunity and lets his friends get bitten by Jjong-bi for money. When he finally has enough money for his journey to Hawaii, Joon-geol takes over the business and keeps making money off of the zombie. However, it only seems to be a matter of time until things backfire... 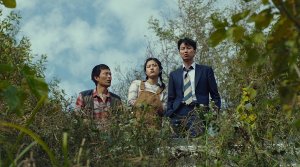 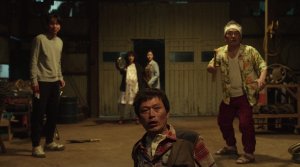 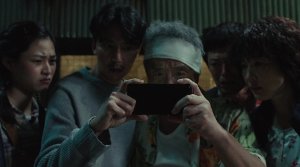 Review: The market is flooded with zombie movies. And yet, we get another one from South Korea which takes a humorous approach on this subject. As a matter of fact, we get a pretty healthy portion of humor here and should not take anything serious in "The Odd Family". The zombies by themselves are never really dangerous, only in crowds do they pose a threat, which means we will probably get a suspense-packed finale. However, the main focus clearly lies on the humor, which consists of slapstick, puns and situational comedy thanks to numerous absurd moments. With that, the movie also managed to win over audiences at diverse film festivals, but if you keep things in perspective, director Lee Min-jae actually tries too hard to be funny with his debut work. This becomes obvious with some pretty construed scenes and his main choice of style: slow-motion. 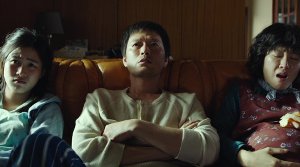 At first, when it comes to zombies from South Korea, you think of pictures like "Train to Busan", but this movie's title reminds us more of Kim Ji-woon's "The Quiet Family" while the romantic story between the daughter and zombie, who - how else could it be - gets something like a consciousness because of love, is clearly borrowing ideas from "Warm Bodies". And this is a big point of criticism. The movie might seem pretty original at the beginning, but eventually the comedy turns out to be a simple collection of already established ideas, which are simply combined differently. However, the extent to which the movie wants to entertain us gets pretty annoying at some point. Everything concentrates on humor, and too much so. As soon as a scene gets a little bit suspense-packed, it is immediately shot in slow-motion and gets somewhat absurd, also because once more a comical touch is added. At some point, this stylistic device gets pretty old. 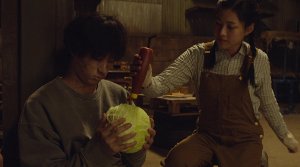 That's not supposed to mean that the movie is not funny. There are in fact some scenes that can make you laugh, but there are even more scenes in which the jokes don't work. The movie wants to pass its zombies off as cute and at least during the love story that pretty much works. Of course, later there is a shift from light entertainment to a more action-oriented third act. By that, the director wants to create suspense, but at the same time he makes clear that we shouldn't take anything too seriously. This, however, robs the movie of its suspense level and in addition, it makes the humor seem ridiculous. The script itself can't be taken seriously either. Without any reason, infected people suddenly change into zombies at the same time, or at another point of the story a public space is completely empty until an army of zombies unexpectedly approaches from everywhere. With that, the events on screen appear rather arbitrary. 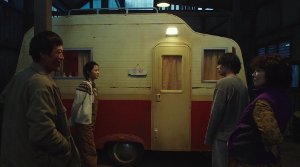 The confusing script is most frustrating when we realize that there are no real consequences or in those scenes in which we realize that the scriptwriter worked himself into a corner and nothing really happens. In an unpleasant way this deprives the movie of its momentum, as it is otherwise mostly edited pretty fast and apparently something always happens. Nevertheless, the movie's strength is its characters. Not as individuals, but as a family. Even if it is not necessarily exceptional, the chemistry between the characters works. And this is thanks to a great cast. Jung Jae-young ("Broken") and Kim Nam-gil ("The Shameless") do outstanding work as ill-matched and yet not so different brothers, and the rest of the cast do their part to create a (dis)functional and typical dynamic of a family with their own special peculiarities. 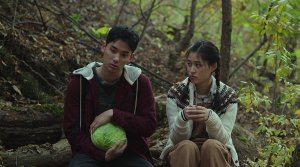 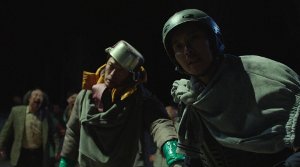 Maybe, it would have been smart to delve a little bit deeper into the interpersonal relationships, but then "The Odd Family" would have turned into a drama. On the other hand, the filmmakers could also have fleshed out the zombie angle a little bit more, but this would have created more of a horror flair. So, you can see that the director actually drove himself into a corner with his attempt of mixing genres. The end product might be entertaining, but it doesn't have a direction and constantly gets off course, if the script even had a course to begin with. Surely, the movie is entertaining, but it tries too much to win its audience over and make fun of the genre. In this case, less would have been more. For comedy fans or zombie enthusiasts this might be enough to justify a recommendation, but everybody else shouldn't expect too much. Still, you can definitely have some fun with this flick.