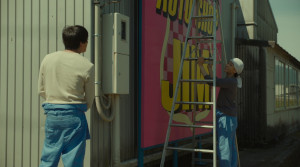 aka The End of the Tiny World

Story: Makoto (Mackenyu Arata) works with his best friend Kida (Takanori Iwata) in an auto shop. One day, Lisa (Anne Nakamura), an obviously rich woman, comes by and wants them to repair her car under the table. She hit a dog and the car actually belongs to her father. Because she is willing to pay a lot of money, the boss of the auto shop takes on the job. Makoto falls in love with Lisa, but she immediately rejects his advances. He realizes that he has to earn a lot of money to fit into her world. That's why he quits his job shortly afterwards and disappears for two years. When the boss of the auto shop has to close his business, he gives Kida an address to turn to. If he wants to find Makoto and is maybe looking for a new job for himself too, he can reach out to some gangsters he knows. And in fact, that's how Kida finds his friend Makoto, who now almost has enough money to get closer to his beloved.
But in their school days, Makoto and Kida were not alone. The two of them and the girl Yocchi (Anna Yamada) were inseparable. Among other things they got along so well because they all didn't have parents anymore. Back then, Yocchi was always afraid of being forgotten, and in the present, she is now no longer part of the group. What happened to her back then? Or rather, where did she disappear to? 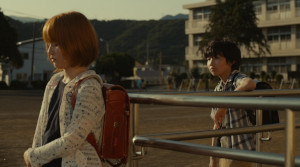 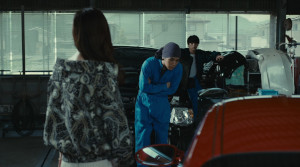 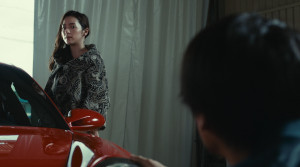 Review: The somewhat unfortunate title "The Master Plan", which makes you think of a heist movie in which half of the running time consists of visual explanations of the planned robbery mixed with the actual events, almost made me overlook this movie. The alternative title "The End of the Tiny World" arouses more interest and actually fits quite well. Because it is about the small world of three friends, which is turned upside down after an incident - how else could it be. The story is told in a pleasant way, and it is well structured. Especially its narrative style, repeatedly jumping back and forth in time, but without disorienting the audience, knows how to win over. Moreover, the way the friendship is portrayed is also very successful, because it has something genuinely warm to it. The fact that the three are an important support for each other in their lives always comes across believably. 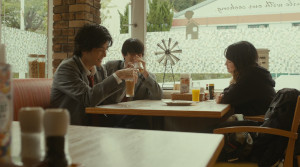 The beginning of the flick is quite dreary. Makoto and Kida share a deep friendship, but there is something sad in their eyes. This contrasts with the fact that Kida is supposed to help his friend put together a marriage proposal as a nice surprise. Then the story jumps back to the childhood of the two friends and also brings us nearer to Yocchi. She is perhaps the most interesting character, and we actually would have liked to know more about her. In this role, Anna Yamada could easily have become just a small cog in a love triangle, but the actress actually manages to show us a lot of nuanced facets of her character. Yocchi's fear of being forgotten and her experiences with bullying make her a complex personality. Especially the relationship with her friends creates some nice tension and interaction. Because, obviously, the theme of love gets addressed here. Despite the fact that love can certainly be called the movie's basic motif, "The Master Plan" is actually not a love story. 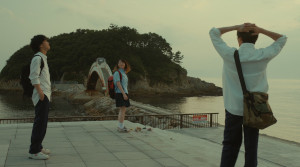 However, you might probably just as well say that this is exactly why it essentially is a true love story. All actions of the three protagonists are motivated by love and that's how even rather incomprehensible actions can be justified. Each one of the characters' personalities has something special about it. Mackenyu Arata ("Rurouni Kenshin - The Final") plays Makoto, a man who is very goal-driven, so much so that it almost amounts to an obsession. In the past, he used to be quite different, though. He was more like the playful goofball of the group. After all, his specialty was to play pranks on his friend. One of the biggest mysteries therefore obviously is the reason for his character change. Kida, played by Takanori Iwata, has always been a bit more pensive, and while he is basically the constant in the group, he might also be the most tragic person in the movie. For his friend - even though, it's officially for himself - he even becomes a gangster. 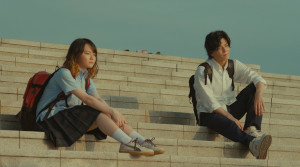 Tragedy is something you have to get used to in "The Master Plan". The characters often seem lonely, which stands in perfect contrast to the more colorful feel-good moments of their teenage years. The story, based on a novel by Kaoru Yukinari, deals with the world in which the friends grew up without a family, as well as with the world in which the rich can do whatever they want. It quickly becomes clear that the two friends have actually forged out a plan in order to take revenge on that very world. However, the big problem with the story is that you can predict the twist quite easily. Among other things, this is caused by the way the story is told, so that the great revelation cannot really surprise us anymore. Even though the developments are not at all boring, there is still no denying that the story has a pretty obvious weakness here. 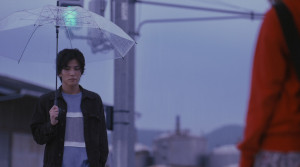 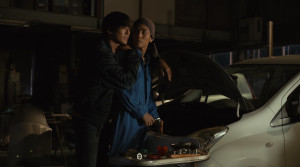 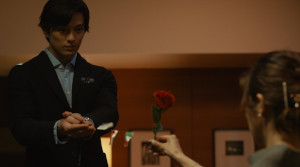 But on the other hand, as mentioned before, the movie's narrative style manages to convince you nonetheless. The fact that the story is told in two timelines in parallel (briefly, even in three) increases the level of suspense and allows us to look at the characters from different perspectives. And it is also the personalities that make the movie so captivating. You just want to know in which direction the three will go, or have gone, in life. The chemistry between the three friends is the strong foundation of this flick, which considers itself to be both a drama and a thriller. The whole thing is topped off by a nice soundtrack (only one piece of the score is irritating, because it is clearly a quieter version of the "Interstellar" theme). Director Yuichi Sato ("Strawberry Night") does a very good job and shows off his craftsmanship, as he always manages to capture the tone of a specific moment perfectly. The only problem with this otherwise beautiful and moving drama-thriller therefore is its somewhat predictable resolution.