The Girl on a Bulldozer 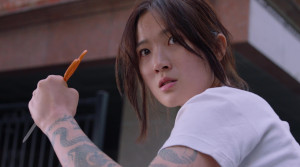 Story: Goo Hye-yeong (Kim Hye-yoon) is nineteen years old and doesn't listen to anybody. When she takes on three girls to protect someone weaker, she ends up in court for attacking the girls first. She gets away with a few hours of community service in form of a training seminar, in which she is trained for a new profession. She doesn't really take that seriously either. And she also doesn't get along with her father Bon-jin (Park Hyuk-kwon). He runs a restaurant and when he scalds himself one day, it turns out that his health insurance is actually on hold. Hye-yeong suspects that something is wrong, but her father assures her that everything is fine financially. The next day, Hye-yeong gets a call from the police, because they are looking for her father. He is supposed to have attacked someone. First, she doesn't think about it anymore, but shortly afterwards she is told that her father is in the hospital. There, a man from an insurance company is already waiting for her. Bon-jin is said to have hit two people with a car and then he drove off a bridge. In addition, the car was stolen. The insurance man wants to negotiate compensation for the two victims, although Hye-yeong's father is injured a lot worse. He is unconscious and suddenly has to be operated. Hye-yeong needs to be strong now, especially for her little brother Hye-jok (Park Si-woo). He is the only person who brings some joy into her life. 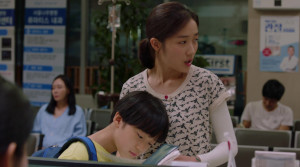 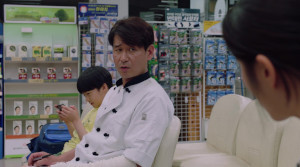 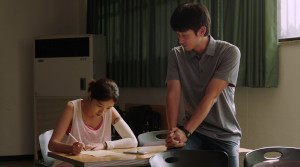 Review: On the one hand, "The Girl on a Bulldozer" is not a title that you would necessarily use for a mainstream flick. On the other hand, the movie is marketed as a revenge thriller, both at film festivals and partly on the movie posters as well. Even though the color scheme may remind you of a dark thriller, this is clearly a drama. But the fact that the movie is actually an indie flick is brilliantly concealed most of the time. Unlike similar dramas, the movie is not at all slow-paced, even though the script sometimes doesn't make that much of a progress. Most of the time, however, there are enough developments, as we have to get to the bottom of Bon-jin's car accident, and the story's heroine has to deal with the pile of shambles that her father has left behind. Hye-yeong's dynamic, if not downright confrontational nature gives the drama most of its energy. 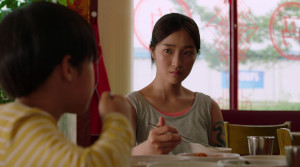 At the beginning it is immediately made clear that Hye-yeong is a problem child. She gets into fights, has a tattoo that stretches all over her arm, something that you would normally only find on gangsters, and she has no real respect for her father. But it quickly becomes obvious that the father is actually the troublemaker. He has problems with gambling, and he is in massive debt, but still pretends that everything is fine. Because he has to pay off his debts somehow, he works day and night in a restaurant, which is why he no longer has any time for his children. So, Hye-yeong also has to take care of her little brother. Despite everything, there is never any doubt that Bon-jin loves his children, though. It's just that he has a few private problems that piled up for years and now threaten to overwhelm him. That means Hye-yeong is a teenager who has to be more of an adult than her father was ever able to, and accordingly her anger keeps growing. 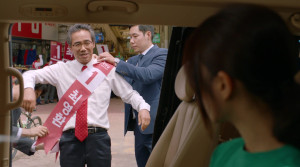 But it's not only her father who behaves anything but grown-up, the entire world makes no sense to Hye-yeong. It is interesting that we can actually understand the girl's anger, especially when people over and over again don't answer her questions, but instead want to know where her parents are. She proactively looks for solutions, but she is not taken seriously. She is constantly on the road trying to clear something up, but her efforts don't really pay off. This also subtly underlines her naivety, because no matter how much she thinks she is grown up - an impression that the viewer also shares -, there are still enough moments when she is actually unable to tell who really wants to help her and who doesn't. This, however, leads to even more problems. Therefore, Hye-yeong is a character, which is written very believably, and actress Kim Hye-yoon ("Midnight") is also able to convey the protagonist's fine nuances convincingly, especially her anger at the world building up inside of her. 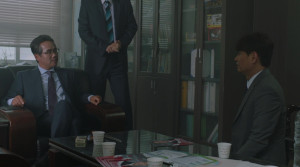 There's no doubt that Hye-yeong is a strong girl, but she competes in a league that she can clearly not keep up with yet. While she, quite rightfully so, doesn't understand why she cannot choose a profession in which she drives a bulldozer - the traditional image of women is still comparatively widespread in Korea -, she also plays with fire when she confidently gets into fights with boys, but then has to realize that, even though she is physically superior to most women, she clearly loses out to men. A frustrating experience, but not one that would actually discourage her. Her uncle explains to her that everyone carries frustration with the world within them, but people just swallow it. But Hye-yeong refuses to accept that she should do that as well, obviously because, as an adolescent, her place in society has not been determined yet. Above all, you ask yourself, in which direction the girl might go if she solves the problems around her. 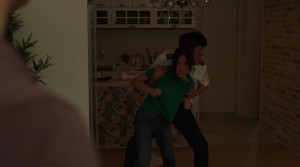 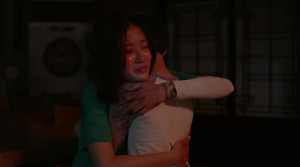 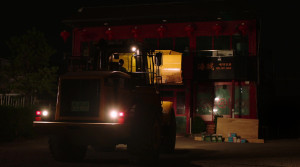 In some respects, "The Girl on a Bulldozer" is still a revenge flick, though, because in the end, Hye-yeong takes matters into her own hands. But if you expected violent confrontations now, you would be wrong. Of course, the title of the movie gives you a proper clue, but the finale is relatively unspectacular, even though it's actually quite satisfactory within its framework. As you are actually watching a drama, you should also alter your expectations to those you would have towards a drama and not an action thriller. As a character-driven movie dealing with the problems of poverty and also somewhat with the image of women "The Girl on a Bulldozer" is quite convincing. And as a drama about coming of age it goes into a refreshingly different direction than, for example, "House of Hummingbird". Despite the fact that the flick sometimes goes round in circles, the character portrayal of Hye-yeong still manages to fascinate us right until the end, which means that the movie will instantly appeal to fans of the genre.