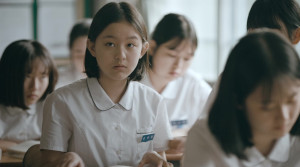 Story: Eun-hee (Park Ji-hu) is the youngest child in the family and is now in eighth grade. Her father (Jung In-gi) and mother (Lee Seung-yeon) run a rice cake shop and put all their energy into the eldest son, who is supposed to make it to a good university. The big pressure he is under makes him regularly take out his anger on Eun-hee, while his other sister secretly sneaks out of the apartment on every occasion in order to meet with her boyfriend. However, Eun-hee, too, has her first boyfriend and enjoys finally having someone's attention on her. Nevertheless, coming of age is not easy for the young girl, especially since life with her family is not necessarily paradise on earth. Even Eun-hee's best friend doesn't really know what's going on in the girl's head, and so it seems as if the new teacher Young-ji (Kim Sae-byuk) suddenly manages to make Eun-hee feel like someone could actually understand her for the very first time. Young-ji gives tutoring lessons in Chinese characters, and she is different from most other adults. Still, fate does not mean well for the teenager, because soon a lump is discovered behind her ear, which has to be examined. In addition, she sees her boyfriend with another girl, and then there's a catastrophe in the city, which also deeply impacts Eun-hee's life. 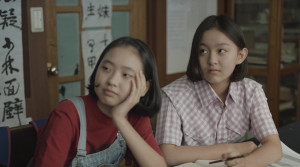 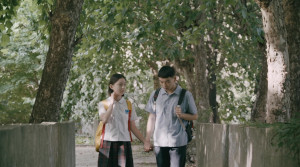 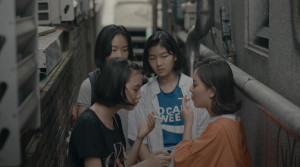 Review: "House of Hummingbird" has been on my pile of movies-to-watch for a while, because it has attracted a lot of international attention through its screenings at film festivals and received a lot of praise from critics. However, you have to be aware of the fact that many of these "film festival masterpieces" are essentially tailor-made for film festival critics and therefore do not really represent the opinion of the "common audience". In other words, you should be prepared to watch a drama that requires patience, as it throws you into the world of a girl who is slowly coming of age and as a result, sees a completely new world unfolding in front of her. This might be tragic and frustrating at times, but it also creates a few warm-hearted moments. The fact that the events take place in 1994 also give the movie a special touch and some retro elements come into play as well, even though the movie could also take place in the present time if you just did a few adjustments. 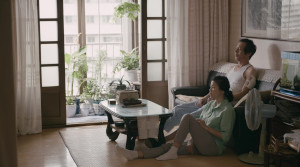 Nevertheless, the year in which the story takes places, was not just chosen in order to be able to deal with Kim Il-sung's death at the sidelines and rattle the protagonist's life with a certain catastrophe, it was also chosen because the patriarchal structures in the family were a bit more obvious back then than they are now. Eun-hee is neglected by her family, since only the son can carry on the family name and has to go to university for that. While the sister hangs around in the streets at night, Eun-hee could actually be the inconspicuous, good girl, but her classmates think of her as a problem child, and they actually turn on her when a teacher asks the students to write the name of a person, they believe to be the black sheep in the class, on a piece of paper. And they choose Eun-hee just because she has a boyfriend, which may be a little unusual at that age. But it is actually an innocent love whose naivety makes it both ridiculous and sincere. 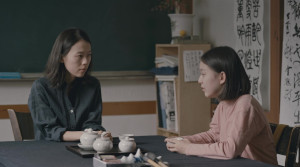 But there is more going on in Eun-hee's life. A female classmate seems to fall in love with her, her boyfriend indirectly breaks up with her, friends disappoint her, everything seems fleeting: things are simply always on the move, and nothing lasts, which is just the way it is at that age. And yet, Eun-hee would actually need some kind of support, since her teachers as well as her parents have given up on her. The girl does not do well at school because her interests are more in the creative field, such as drawing, and when she causes trouble, it is actually just because she needs some attention. But if you now think that "House of Hummingbird" must be a very depressing flick - after all, there is also an extremely disturbing lump found on the girl's head -, you would be wrong, because Eun-hee's parents actually love their daughter. The father suddenly starts to cry when he is with her at the doctor's, and the mother makes pancakes specially for her and happily watches her daughter as she eats them. 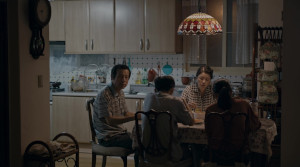 Director Kim Bo-ra refrains from showing an overly one-sided tragic depiction of life or puberty. Instead, it is important to her that her images convey realism. There is both sunshine and cloudiness in Eun-hee's life. The latter seems to be present a little more often, and it becomes clear that the girl is not really happy with her family when she says she feels more comfortable in the hospital than at home, but then there are also some silver linings, like the Chinese teacher, who - with her slightly different way of living - represents a new point of orientation for the girl and gives Eun-hee the support and attention she has always longed for. While Park Ji-hu ("All of Us Are Dead") is remarkable in the leading role, the only other person that stands out is Kim Sae-byuk (who is often seen in Hong Sang-soo movies) as that very teacher. Sadly, the rest of the characters were not fleshed out all that much and rather seem to serve the purpose of pointing out typical problems of Korean society at that time, such as the cheating husband, the supposed suicide of the uncle because of debt, etc. 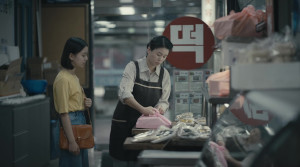 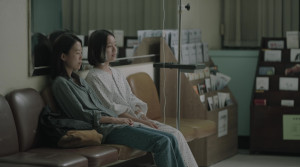 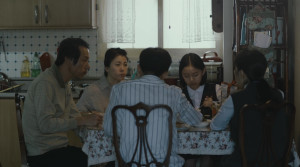 At this point, it must be noted that the director overreaches a little bit, as she is clearly trying to portray a coming-of-age story from a specific point of view, which certainly works, but she also wants to show Korean society and its injustices as a whole. Managing that balancing act does not always work out. Trying to weave the aforementioned catastrophe into the story doesn't work that smoothly either. Nevertheless, this might also be due to the simple fact that disasters usually happen without warning. You sometimes get the impression that the movie's fine lines get painted over by thick brushstrokes, and this disrupts the smoothness of the overall picture. In addition, you got to have some patience because of the movie's numerous lengthy scenes and its running time of almost 140 minutes. As a coming-of-age drama in Korea's 90s, and as a movie which contains some hopeful moments without trying to just pull at your heartstrings, "House of Hummingbird" is definitely recommendable, though.