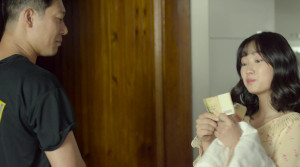 Story: Kyeong-mi (Jin Ki-joo) is a deaf-mute and goes to pick up her mother, who is also a deaf-mute (Gil Hae-yeon), after work with her car. When she makes her mother wait while she parks the car, she notices the girl So-jong (Kim Hye-yoon), who is lying in an alley bleeding. As she wants to get help, the masked perpetrator (Wi Ha-joon) starts to chase her. Kyeong-mi manages to escape with her mother to an SOS-telephone, but there the two are approached by Do-sik, the perpetrator who was masked just a few moments ago and now pretends to be looking for his sister. He describes the girl who was lying in the alley. However, the killer's attempt to lure the two away from the SOS-telephone does not work, as the police appear shortly afterwards. All three are taken to the police station and have to make a statement there, because the police couldn't find any injured girl in the alley. Jong-taek (Park Hoon), the real brother of the injured girl, also arrives at the police station. He had just talked to his sister, who was on her way home, but still hasn't shown up. The police quickly realize that according to the brother's description he could be talking about the injured girl. The killer Do-sik has a soft spot for mind games, which is why he whispers to Jong-taek that he has his sister. In response, Jong-taek resorts to violence and therefore gets tasered by the police. Do-sik is allowed to leave and even manages to take a look at the address of Kyeong-mi and her mother. A fight for survival is about to start for the two deaf-mutes. 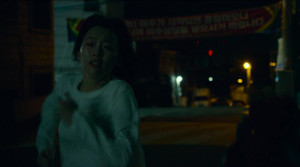 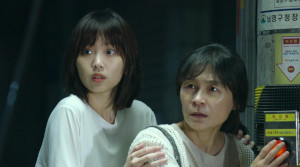 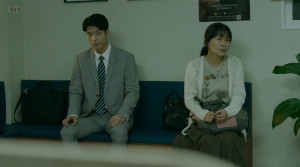 Review: At first and second glance, "Midnight" seems to be nothing more than a thriller about a serial killer whose new victims are two deaf-mutes, which makes him all the more disgusting. With that the movie's angle is already pretty manipulative, but this is in fact necessary to justify a script that would normally be incomprehensible to any semi-rational person. Kyeong-mi and her mother try all too often to make themselves understood, but as people with disabilities, they are not being taken seriously and are treated as if they were mentally deranged. This leads to gripping situations in which any other person without a disability could quickly have disclosed the killer to the police - but not Kyeong-mi and her mother. At the same time, this leads to the problem that the police are portrayed as completely incompetent and even ridiculously stupid. If you can live with the fact that the script uses some cheap tricks to create a lot of suspense, you will definitely be able to have fun here. 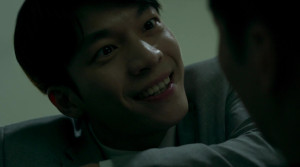 At the beginning of the story we are introduced to the different characters, and director Kwon Oh-seung plays an interesting game in his debut work, since he always leaves us guessing who will actually be the victim. Coincidences and other external circumstances ensure that Do-sik repeatedly has to reconsider who will fall victim to his various knives. The events are also gripping because Do-sik is extremely jaded. That means, he takes risks that should actually immediately put an end to his game. He takes a bag full of knives with him to a police station or chases Kyeong-mi on a busy street. All of this only works because the girl cannot make herself understood. On the other hand, the chases mostly take place in narrow, dark alleys of an abandoned neighborhood, so that every now and then, you are even willing to believe that Do-sik could not be caught immediately. 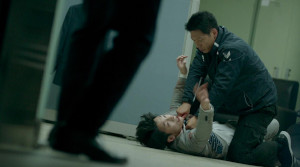 The captured images of those very alleys is a great strength of "Midnight". Everything seems labyrinthine and confusing and, no matter what she tries, Kyeong-mi just doesn't seem to be able to get out of her dangerous predicament. The movie's editing and its gloomy color palette ensure that the suspense-level is constantly pushed higher and higher. At the same time, it also makes this thriller a lot more action-packed than many other thrillers of this kind. After all, the victim is not just locked up somewhere and we root for her as she tries to escape here, she actually flees from the mad killer right from beginning of the movie until its very end, knowing full well that she will forfeit her life if she gets caught. This is a small but nice difference to similar genre entries. The obvious twist of the well-known story, the fact that Kyeong-mi cannot talk or hear, also gives her an interesting disadvantage that she has to compensate. 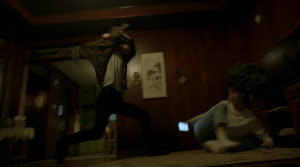 Unfortunately, this circumstance gets exploited a little bit too often. So, we are supposed to believe that the killer is right behind the girl, but she is not able to notice his presence or the small vibrations he creates in the wooden floor? Shouldn't her other senses be sharpened? In addition, her deaf-muteness constantly causes misunderstandings, which even with this type of disability just doesn't seem plausible. There are also some stupid decisions, and we get sequences that ever so often completely disregard the rules of time and space (for example, how did Do-sik manage to get into the car so quickly, even if he was a master at lockpicking?). Wi Ha-joon ("Squid Game") plays the murderer, who always picks out the weakest victims, quite nicely and stands out of the mass of genre-typical flat characters because as a killer he constantly manages to put on an impressive act in order to get out of situations that should actually break his neck. 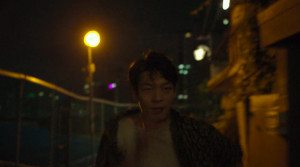 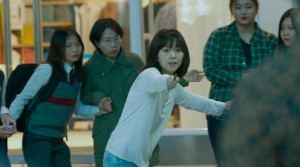 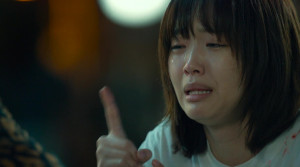 But Jin Ki-joo ("Little Forest") also surprises with her acting, as she manages to portray the panic, fear, but also inner strength of her character quite nicely. In one scene, she tries to beg for her life in tears using words in the only way possible for her. Such moments are surprising because they push the thriller to a higher level of quality than we would expect. Because basically, "Midnight" is simply a well-timed thriller that scores with quite some thrills, but also lacks a lot of logic. By focusing on a deaf-mute, the movie might manage to protect itself from some criticism, but not from all. But as mentioned before, there are a few aspects that improve the movie quite a bit, including some nice fight scenes when the victim's brother makes an appearance. This makes "Midnight" a thriller that can easily be recommended to all genre fans.